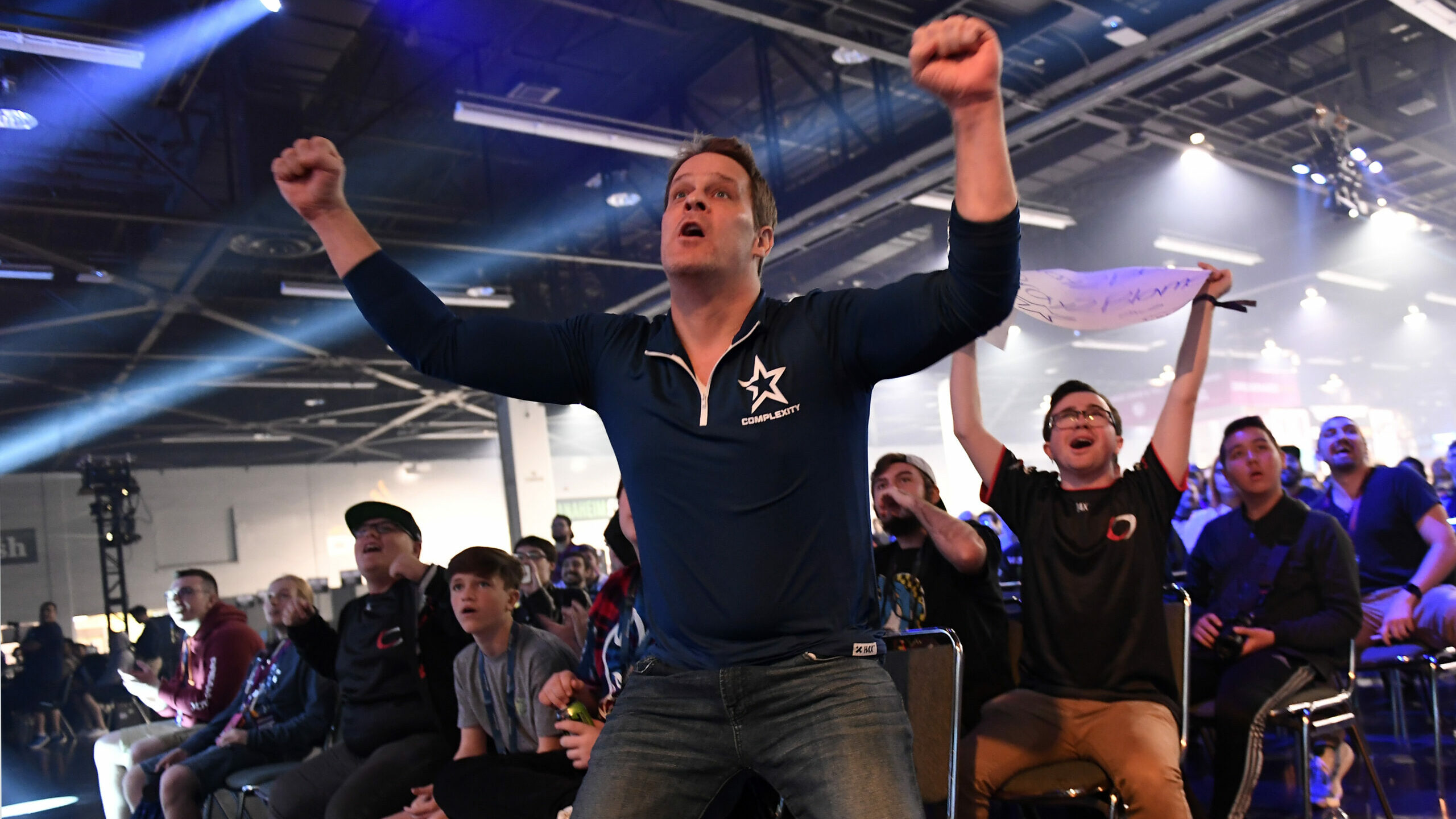 Time for a Change

Surprise, surprise, Complexity has bombed out of yet another tournament.

Their opener at IEM Cologne 2022 was against the new-look Team Spirit, which is a little rough. Losing to Astralis is no shame either, even if they’re also much worse than they should be, but either way, it doesn’t change that this team has underperformed for far too long.

Expectations weren’t that high, especially considering that Complexity’s former lineup – the Juggernaut – failed to truly live up to their expectations, but this lineup does take the cake.

It can’t go on, something has to give, and changes must be made.

You know what time it is. Let’s get into it:

The obvious one is Ricky “floppy” Kemery. The one player far too good to be languishing on a mediocre team. floppy has returned from VALORANT to establish himself as one of NA’s top riflers. There’s no way he can lose his spot.

For the second spot, it’s a toss-up between two of the other five members: Michael “Grim” Wince and Justin “FaNg” Coakley.

Grim spent the Online Era playing for Team Liquid, NA’s most successful team. Getting a chance on a team such as Liquid was an enormous step up for him, but being placed in the bitch roles certainly never aided him in showing off any amount of ability.

That said, he doesn’t suffer from the same handicapping on Complexity, and his performance hasn’t improved enough.

He’s by no means terrible, and it’s probably unfair on his actual ability that this team is as bad as it is, but it needs huge changes. Unfortunately, I think FaNg offers a higher potential for improvement.

Grim could probably find his way onto Evil Geniuses, or he should be able to, considering they have 15 players, and one of them is Jake “stewie2k” Yip, but for now, his time on this team should be over.

So we’re left with FaNg, who, at face value, is incredibly inconsistent. When Complexity looks good, it’s typically because FaNg looks at his best and is doing his part to open up the rounds for floppy to close them out.

Mostly, I think it’s fair to say that FaNg’s inconsistencies result from his role. First in is never easy, and it’s only possible to shine in the role if your team sets you up perfectly. Complexity is tactically poor, and FaNg is not afforded that luxury. He’s worth being given the opportunity to improve.

So floppy and FaNg stay. That might be a good foundation for this team.

Grim may not be a huge problem. It’s more so that this roster needs a huge rejuvenation to be competitively viable. But the same can not be said for Paytyn “junior” Johnson or Johnny “JT” Theodosiou.

There might have once been a belief that JT could one day be a great IGL. There was once a belief that junior could develop into NA’s best AWPer.

Neither of those looks likely to be the case now.

Junior has hit a big slump in performance that raises the question of whether he has what it takes to make it on the highest level.

Truth hurts, and ultimately it’s a shame that he hasn’t lived up to the hype, but he’s had two cracks at the top with Furia and Complexity now, and neither has worked out.

How much of that is his fault is hard to tell. But it’s a ruthless world.

On the other hand, JT might be able to hide his poor performances under the guise of the IGL role, but he has to take accountability for the team’s overall level.

Sure, the guy might be capable of performing in the role at a Tier 2 NA level, but he’s had over half a year in Europe now… He just can’t hack it.

Grim might be an unlucky figure who loses his spot for firepower reasons, but these two are the biggest underperformer on the roster. They both have to go too.

Who’s Off the Cards?

Justin “jks” Savage is a surefire improvement to this lineup. The best Australian player of all time, jks was the star of the former Renegades core, but his move to Complexity’s Juggernaut never worked out.

jks is already on Complexity’s books and waiting for his next team. If this lineup were to be that team, he would already be on it. Alas, he is not, and he’s far probably too good to be anyway, or at least that was the sentiment when he left 100Thieves to sign for them in the first place. He’s more than likely out.

Tarik “tarik” Celik would be an option if he didn’t decide to go full Michael “shroud” Grzesiek and become a full-time streamer. IGL of the Cloud9 team that won ELEAGUE Boston 2018, old peanut brain could offer a wealth of experience in a host of roles, but it seems his time in professional CS is done.

Richard “shox” Papillon seems to desire an ‘American Dream,’ but like Grim, his time on Liquid wasn’t fantastic. Half a year after his arrival, shox left Liquid and cited multiple reasons, including exhaustion.

Despite the dream he spoke of, it seems unlikely that shox’s next team will be in NA, but I hope he finds one soon. Counter-Strike doesn’t feel like Counter-Strike without shoxieJESUS.

Closer to home, there’s João “felps” Vasconcellos, who is great and has always been one of my favorite players, but it seems like he has an issue with traveling, so a team like Complexity won’t be happening any time soon.

The rest of NA is bleak, almost every top NA player is currently signed, and none of the three major NA teams (coL, EG, TL) are performing as they should be, so let’s look elsewhere to fix this team.

Historically, the American scene has always looked abroad for talent. Yes, Cloud9 won the Boston Major with a grassroots NA team, and so did Team Liquid when they speedran the Intel Grand Slam.

But outside of those two examples, there’s always been imported talent contributing to the region’s success. Just look at how Oleksandr “s1mple” Kostyliev elevated Team Liquid in 2016.

While the shox move didn’t work out, and s1mple eventually became homesick and didn’t gel the best with the rest of the region (just ask Ryan “freakazoid” Abadir), NA needs help from outside sources to get back on top once more. Complexity is no different.

If we stick to the English-speaking world, there’s Aaron “AZR” Ward. The Australian is the region’s most successful IGL, and he might also be able to convince his old star jks to rejoin the lineup – a premium Complexity might not be able to attract otherwise.

Another option would be Rasmus “HooXi” Nielsen. The Dane has had his career-best results at the previous two Majors, although the Copenhagen Flames roster he achieved that with has since been gutted by Fnatic and Heroic.

Before this, the entire roster had been in discussions with Complexity before the formation of the NA team, but that move broke down for whatever reason. As one of the odd ones out, HooXi may be willing to re-open negotiations with the organization to prevent a career stagnation – although they may face competition from EG, who are reportedly looking into him following stewie’s reputation-ruining recent admissions.

Like AZR, HooXi would also be able to bring with him a new star, this time in the face of Rasmus “Zyphon” Nordfoss, one of the breakout stars of that Copenhagen Flames team, alongside Nico “nicoodoz” Tamjidi and Jakob “jabbi” Nygaard. Destined to one day be on a top team, Zyphon would be a stellar improvement on what Complexity already have.

While he’s potentially the weakest IGL of these three, AZR’s benefits are undeniable. A solid rifler before who became an IGL somewhat out of necessity following the departure of Noah “Nifty” Francis, AZR provides much better fragging than the other two.

However, the most significant benefit of AZR will always be jks. While previously I said he might be out, AZR should put him right back on the cards, even if the only reason in jks’ mind is to get his career back on track in a way his IEM Katowice 2022 win with FaZe Clan hasn’t managed to just yet.

A superstar rifler to partner floppy in the late rounds, jks is the best possible addition this lineup could make. And if he’s up for it with the return of his old mate, everyone involved should jump at the chance.

That leaves us with an AWPer to search for.

In today’s meta, a team’s AWPer is arguably more important than ever. Often utilized in late rounds, rather than finding aggressive opening picks, a strong AWPer in the clutch is necessary for almost every team and needed to crack the areas of the team rankings that Complexity has thus far failed to reach.

They lost their best option when the move to sign the ex-Copenhagen Flames roster fell through. Nicoodoz looks to be developing into a superstar and is potentially the best AWPer in Denmark right now, while Nicolai “device” Reedtz is still on medical leave. After a solid start to his time on Fnatic, Complexity can only be regretting the collapse of that deal more and more each day.

AWPing in NA has always been bleak. For all his highlights, and a 50 frag game against MOUZ in which he eventually lost the series, Nifty was as inconsistent as any player ever has been.

Tyler “Skadoodle” Latham and Josh “jdm64” Marzano never really hit the heights on any genuinely great AWPers, and they’re long gone too. The best option would be Joshua “oSee” Ohm, but he’s not going to be prised away from Liquid any time soon. So once again, we’re looking elsewhere.

The first obvious shout would be Owen “smooya” Butterfield.

Easily capable of shutting down any Tier 2 team and dominating, smooya consistently earns his chances on top teams and looks excellent whenever he stands in for one. However, against the top teams, smooya stutters, and his performances quickly drop.

His other problem is that he has to consistently earn those chances in the first place. Despite the firepower he brings, smooya is almost always kicked for reasons outside of the server, and at this point, it might not be worth taking another chance on him.

My pick, then, is Abdulkhalik “degster” Gasanov, the Russian AWPer recently benched by Team Spirit. With a semi-final appearance at PGL Antwerp 2022, and another standing in for OG at Blast Premier: Spring Finals 2022, degster is an AWPer with huge fragging potential, a far more surefire bet than any others available right now.

With a monster 1.21 rating in the past three months, he would instantly bring the star potential that Complexity needs from their AWPer. And while a transfer might be difficult due to his Russian nationality, if he’s available, he’s too good to turn down for almost any team seriously looking to improve.

This is a team with multiple personalities from multiple regions, an International team in every sense of the word, and that might be its biggest problem.

However, with jks and degster, the firepower issues would be eliminated almost immediately, and AZR already has the IGL experience to perform at the top level – it’s a surprise no one has gone for him.

This team might not compete for titles all too often. It might not even have enough changes made. But either way, it won’t embarrass an entire region anymore, and that’s the most important thing.

The finished team is as follows:

I don't really care who comes in, just as long as I never have to watch this current Complexity team ever again.