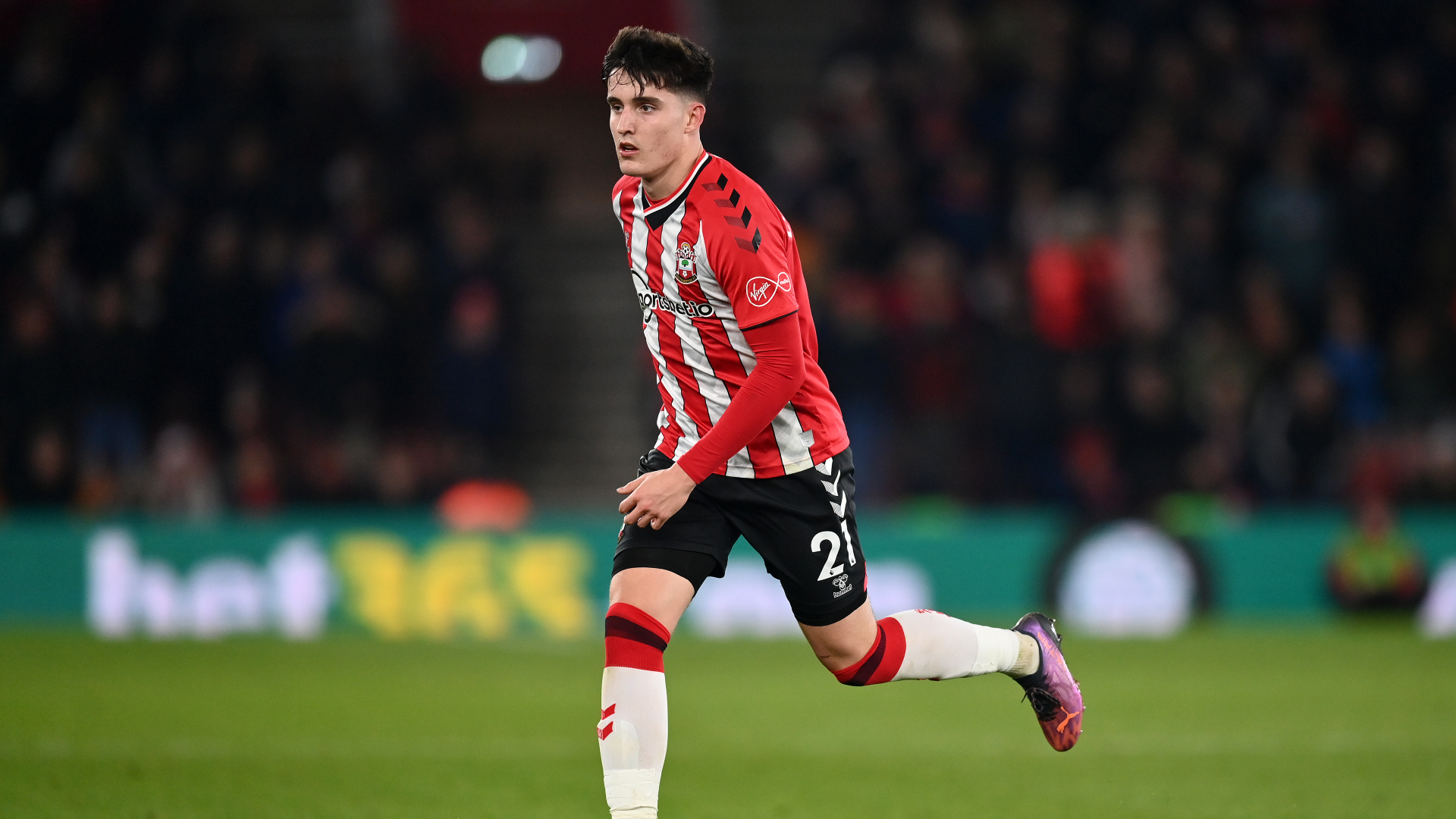 Right-Backs are hard to come by in Football Manager 2023, so it’s only fitting we make a wonderkid list for them too.

Just as he did in FM22, once again Tino Livramento reigns supreme. That being said, there are some new names one this list, so get ready to add them to your shortlist in-game.

Where else to start than with Tino Livramento? Just as he was in FM22, he’s the best wonderkid Right-Backs in Football Manager 2023. Exceptional offensively and far from a defensive liability, you can’t go wrong with the young Englishman.

There is one problem with him, however. He’s really expensive. Even if Southampton get relegated, as they quite often do, you can expect to be paying £25M for him. If they don’t, at least double that value to get a hold of him.

The second Brit on the list, Nathan Patterson, has had a huge buff going into this year’s game. That buff makes him one of the best wonderkid Right-Backs in Football Manager 2023.

Seen by Everton as the answer to the problem of Seamus Coleman’s aging, they’ll try very hard to keep their prize asset. Just like Livramento, you can expect to pay £50M to sign him. If you don’t, though, someone else will. Don’t be surprised if you see him at Real Madrid further into your save.

Taking us out of the Premier League and to a far cheaper option is Borussia Monchengladbach’s Joe
Scally. Maybe not quite suited to elite-level football straight away, expect to pay around £5M for the American’s services. This makes him the cheapest ready-made wonderkid Right-Back in Football Manager 2023.

With plenty of room to grow, Scally can become one of the best Right-Backs in the world. Sign him early and give him plenty of game time to reach his potential.

Moving us over to France and to the back to the expensive end of wonderkid Right-Backs in Football Manager 2023 is Malo Gusto. His club Lyon has had a hard time of late, but Gusto is a shining light in the darkness.

A more defensively-minded option than some of the previous names on this list, Gusto can be solid for you at the back. Just expect to pay around £40M if you want that luxury. Yikes.

Here’s one for the long-term heroes, Porto’s Martim Fernandes. At just 16, it’ll be a while before Fernandes is ready to leave his club. Even longer before he’s ready to actually play for yours. Once he’s ready, however, you’ll quickly see why he’s one of the best wonderkid Right-Backs in Football Manager 2023.

If you somehow manage to convince him to sign for you early, you should only have to pay around £1M for him. It’s a hard task to do so, but you’ll have pulled off a masterstroke if you manage it.