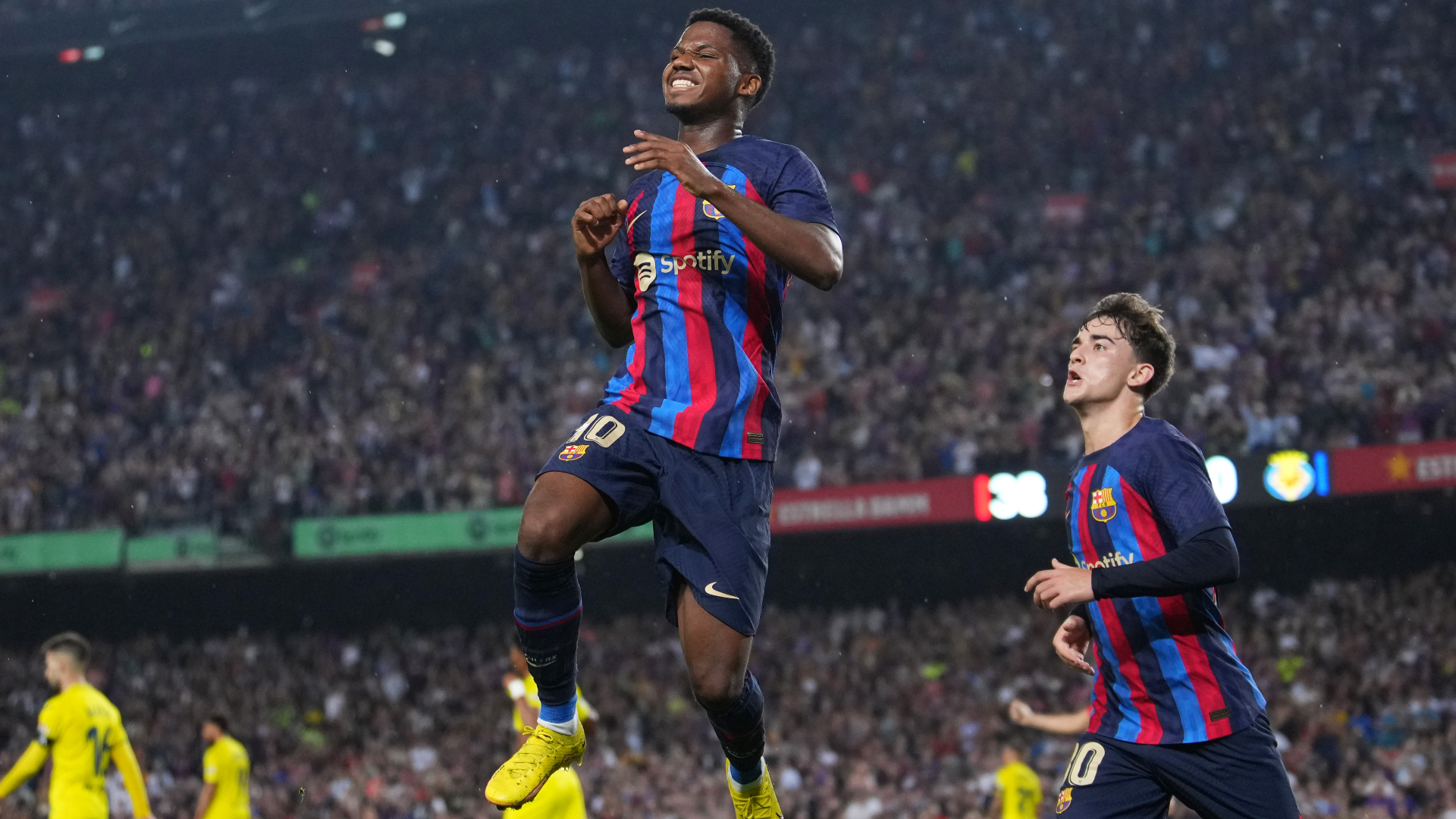 Finding wonderkid Left Wingers can be difficult in Football Manager 2023, but don’t worry, here at Jaxon, we’ve got you covered.

From the last La Masia star left in this series to a Norweigian baby-faced assassin, the latest in our ‘best wonderkid’ series will have you covered for goals and assists for a decade.

Starting with the last La Masia star, Ansu Fati is possibly the best wonderkid Left Winger in Football Manager 2023. Not just that, but he can be surprisingly affordable too. Players with a similar profile are usually hard to buy for any less than £100M; Fati can be signed for around £60M.

Best suited as an Inside Forward, Fati’s 16 Finishing can see him come up with plenty of goals. It also means he’s great as a Striker; try him as an Advanced Forward too.

An excellent passer of the ball, Schjelderup’s 16 Passing and 16 Vision make him a great playmaker. With 16 Dribbling and 14s in both Pace and Acceleration, he’s also great on the ball too. 160 Potential Ability might not be the highest on this list, but it’s the most guaranteed outside of Fati. This is one wonderkid Left Winger in Football Manager 2023 you need to sign.

Borussia Dortmund’s Giovanni Reyna is a versatile option for a wonderkid Left Winger in Football Manager 2023. Exceptional out wide or through the middle, Reyna can be utilized as an Inverted Winger or even as an Advanced Playmaker or Shadow Striker.

The U.S.A international has a 140 Current Ability and plenty of room to grow with a 150-180 Potential Ability range. Playing for Dortmund, however, you’ll have a hard time trying to sign him. Expect him to cost even around £70-80M.

With a Current Ability of 118, Alberto Moleiro is far from the finished article. That being said, with a Potential Ability range of 150-180, he’s one of the best wonderkid Left Wingers in Football Manager 2023. He has a £25M release clause, but you might be able to sign him for cheaper considering he plays for Las Palmas.

A skillful dribbler and a strong passer of the ball, Moleiro is a great creative outlet. His only drawback, however, is his Physical Attributes. 12 Pace and Acceleration aren’t fantastic for a winger. You might have luck bringing him into the middle instead.

Naci Unuvar was arguably the best wonderkid Left Winger in the game a few years ago, but he’s back again in Football Manager 2023. His current Ability may have let him down in past years, but at 119, he’s very near to being fit for your first team. His Potential Ability has also been buffed this year, returning to a range of 140-170.

Playing for Ajax, his value will depend very much on his playing time. Members of their first team can go for upwards of £50M. Out of their team, however, £10M might be more reasonable.