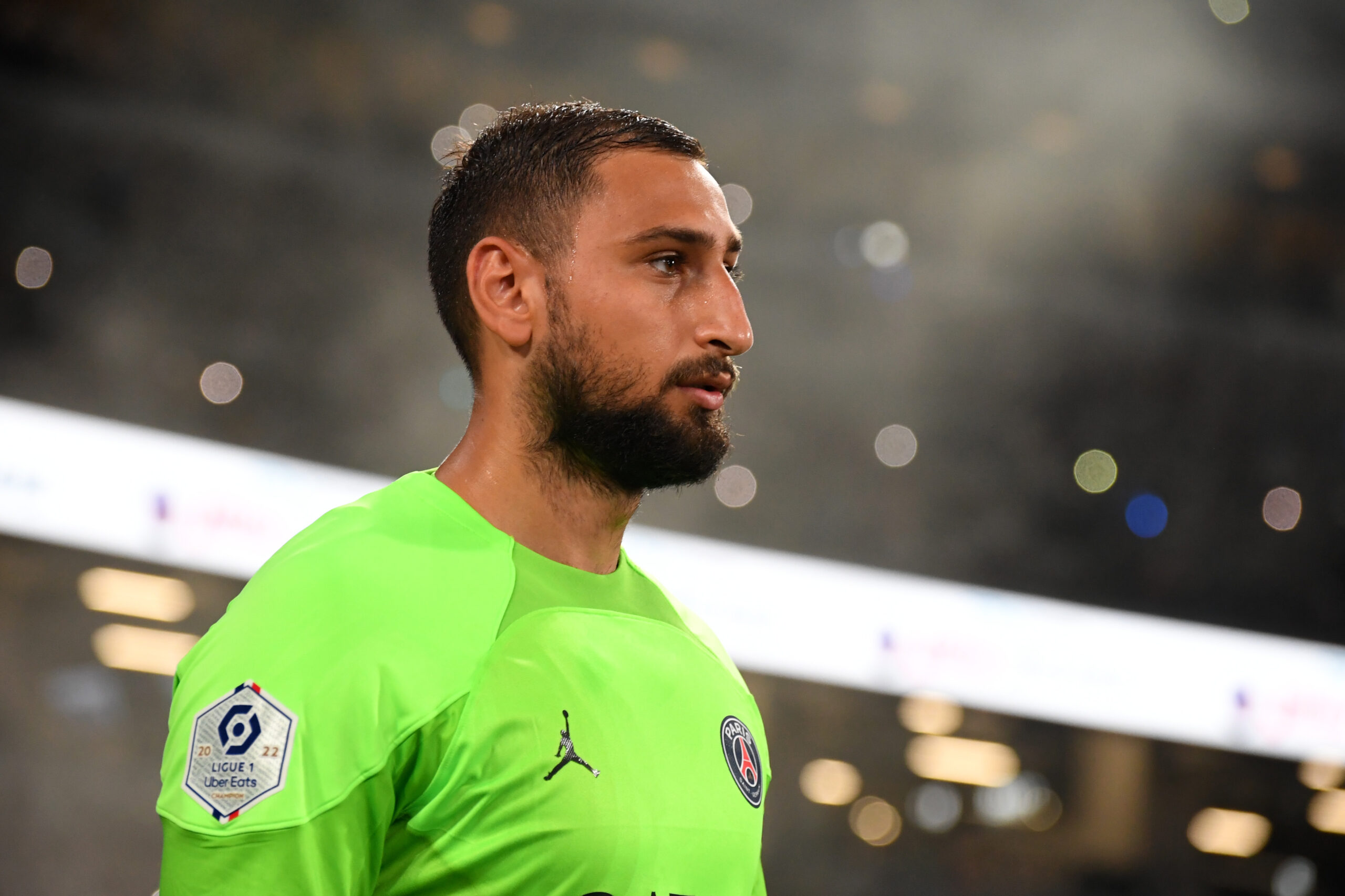 Goalkeepers are a premium in football. A strong player in between the sticks can make or break your season.

Here is our list of the best wonderkid goalkeepers in Football Manager 2022 that will carry your side for years to come.

Gianluigi Donnarumma has been 22 forever, right? Either way, his age still makes him eligible for our list of the best Football Manager 2022 wonderkid goalkeepers.

At a giant 6’5”, Donnarumma towers over almost anyone on a football pitch. His 18 Jumping Reach and 16 Aerial Reach take this to ridiculous heights. With 19 reflexes, he’s also very hard to get past if the ball is rifled along the floor.

The young Belgian looks set to one-day takeover from Thibaut Courtois. At 19, his stats aren’t yet fantastic, but that doesn’t stop him from being one of the best wonderkid goalkeepers on Football Manager 2022.

He already has 14 Kicking and 15 Passing, so his distribution will be exceptional when he reaches his potential.

His 13 Acceleration also makes him quick off his line, and for a 6’4” player, his 14 agility makes him very nimble. These are key stats for the Sweeper Keeper role that will dominate most tactics.

He’s already got a move to RB Leipzig arranged, but that shouldn’t stop you from wanting to sign him. If he gets unsettled at Leipzig due to struggling to establish himself, you’ll be able to pick him up for a good price.

Gavin Bazunu has most recently spent a year on loan with Portsmouth in real life, where he established himself as one for the future. It was enough to prompt Southampton to sign him for 13 million pounds from Man City at least.

He will cost a fair amount on Football Manager, especially if you’re playing in England, but it’s worth it for one of the best goalkeepers in the game. His homegrown status is also huge by the time you reach European games.

His Aerial Reach can exceed the 16 mark, which is great for a goalkeeper with a smaller frame like his. His Reflexes can also extend as high as 18, which will make him one of the best shot-stoppers in the game.

Similar to Donnarumma, Trubin is a giant at 6’6”. Like the Italian, he also has exceptional Jumping Reach and Aerial Reach, with 18 and 17, respectively.

His 16 positioning will ensure he’s always in the right spot to defend your goal, which his 14 in both Reflexes and Handling should be enough to help him actually defend it.

As with the others, the drawback is that he’s quite expensive. Shakhtar can ask for anything up to 70 million in your first season, but for an International level goalkeeper who’s only 22, it’s a steal. This list of the best wonderkid goalkeepers in Football Manager 2022 wouldn’t be finished without him.

Who is the best goalkeeper in Football Manager 2022?

Hands down, that title goes to Donnarumma. He has a ridiculous starting ability and his potential ability exceeds most of the players in the game. Donnarumma is a player we’ll all be seeing at the top level for a long time.