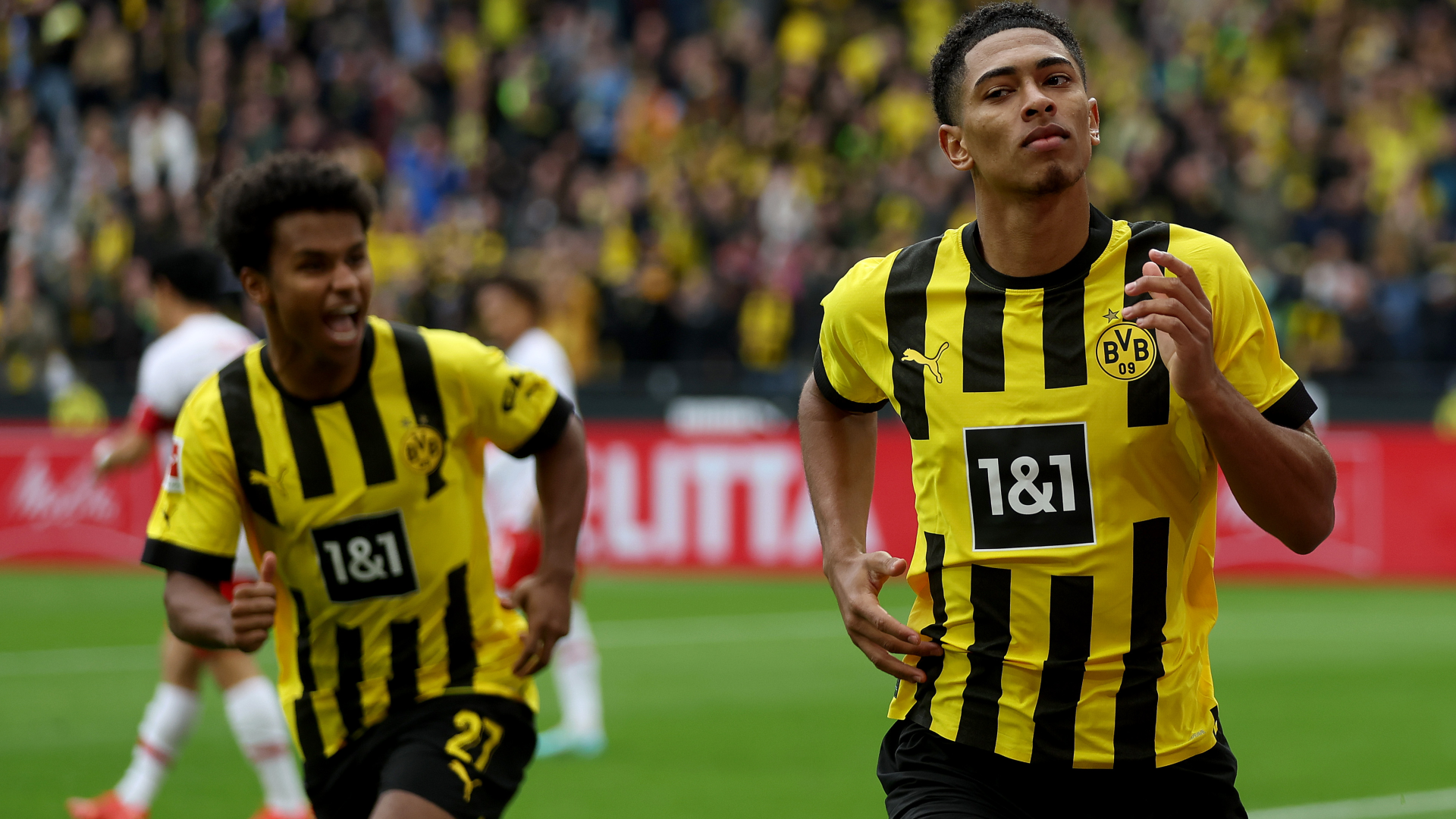 Ever since 4-3-3 Gegenpress entered the game, having wonderkid Central Midfielders is paramount, and that’s not changed for Football Manager 2023.

Oh, and if you’re an Englishman with Euro 2020 PTSD, look away now. Italy is about to have a golden generation. Or don’t; there are as many English names on this list.

It’s obvious that the best wonderkid Central Midfielder in Football Manager 2023 would be Jude Bellingham. Already a legend for one English club, Jude Bellingham seems destined to become one of the all-time greats of football.

Incredibly versatile in Football Manager, Bellingham could play just about anywhere on the pitch. There are only a handful of clubs you’ll be able to sign him for, though. You’ll have pulled off a miracle to sign him for a penny less than £100M.

La Masia may have seemed like it was running dry in recent years, but Gavi has reignited faith in Barcelona’s legendary academy. Not quite as versatile as Bellingham, Gavi is still capable of performing in a multitude of roles.

Best utilised as an Advanced Playmaker, Gavi’s 17 Vision, 16 Ball Control, and 16 Agility make him excellent on the ball. Although he does have the same downside as Bellingham, you’ll never sign him for less than £100M. That being said, just like Bellingham, he’s one of the best wonderkid Central Midfidlers in Football Manager 2023. If you have the money, you need to sign him.

Having just moved to Chelsea, you’ll have a difficult time signing this best wonderkid Central Midfielder in Football Manager 2023. The first Italian name on this list, he’s also the most gifted offensively. His 14 Finishing makes him perfect for the Central Midfield role on Attack, a role we all learned to love in last year’s game.

Like Gavi and Bellingham, his only real drawback is his price tag. However, the price tag will be at least half of those two if you decide to sign Casadei. He’s a far cheaper option for a future star.

The second Italian to feature on our best wonderkid Central Midfielders in Football Manager 2023 list is Fabio Miretti. Best suited as an Advanced Playmaker, his £40M price tag means you can consider him a cut-price Gavi.

His 150-180 Potential Ability range gives him plenty of room to grow, while his 132 Current Ability means he’ll be ready-made for almost any side in the game. It’s just a shame you’ll only really be able to sign him for the ones he isn’t ready-made for.

On the cheaper end of our best wonderkid Central Midfielders in Football Manager 2023 list is Samuele Ricci. He’ll still set you back around £20M, but considering the other names on this list, you should consider that a steal.

More defensively-minded than most on this list, Ricci can also play as a Defensive Midfielder. Best Suited to the Deep Lying Playmaker role, his 12 Tackling and 15 Balance means he can provide excellent cover for your defense if called upon.

Arsenal’s Charlie Patino is the second English name on this list. Starting out in Football Manager 2023 at Blackpool, the experience gained in the Championship should set him up for the rest of your save.

Left-footed and great on the ball, Patino is perfect as a left-sided Advanced Playmaker. 14s in Dribbling, PAssing, and Vision all make him perfect for the role. Available for under £25M in your second season, consider him to be in a similar ‘steal’ category as Ricci.

The final English name on this list of the best Central Midfielder wonderkids in Football Manager 2023 is Leeds’ Archie Gray. At 16, he’s also the youngest name on this list. He’ll cost you a similar amount to Patino, the only drawback being that his young age means that it’ll take longer before you can use him.

With a Current Ability of 97, expect to wait a while. His Potential Ability ranges from 150-180, however, so the sky really is the limit for him. A Deep Lying Playmaker who would prefer not to worry about defending as much, Gray is perfect for a possession-based system.

The biggest buff to Caicedo in Football Manager 2023 is his Current Ability. Now starting with 143 Current Ability, he’s one of the best players on this list at the start of your save. Most similar to Bellingham, he’s perfect as a Box To Box Midfielder or Ball Winning Midfielder.