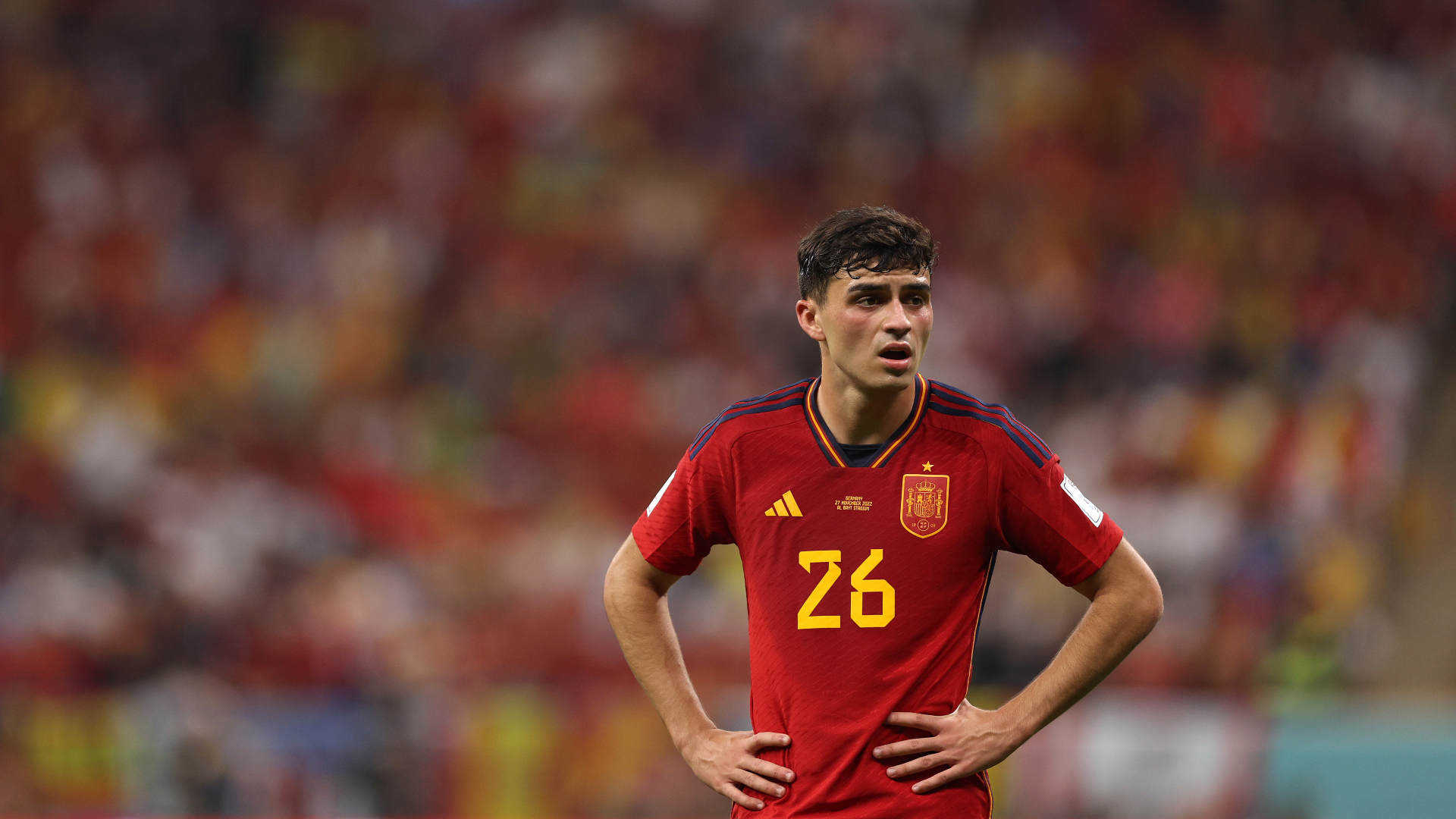 Attacking Midfielders are as strong as ever in Football Manager 2023, so you’ll be wanting a great wonderkid to hold down the position.

The age of the classic number 10 may be over, but there are still plenty of new talents to force you into a 4-2-3-1 Gegenpress.

One of the chiefs of the La Masia revival is Pedri, so he’s undoubtedly one of the best wonderkid Attacking Midfielders in Football Manager 2023. With 159 Current Ability, he’s the best player on this list. His 176 Potential Ability means he still has room to grow too.

Getting him to move from Barcelona will be tough. If you manage it, you’ll at least be paying over £100M and £300k+ wages a week. That being said, it might be worth it. He’s going to become one of the best players in the world.

The other big club player on this list of the best wonderkid Attacking Midfielders in Football Manager 2023 is Jamal Musiala. Germany’s real bright spark for the future, England fans will be wishing he had chosen to play for them instead.

Capable of playing anywhere in your attack, Musiala’s Technical stats and his 18 Dribbling and 13 Finishing make him terrifying for defenses. Expect to pay similar amounts as for Pedri, but with 180 Potential Ability, maybe even better results.

Fenerbache’s Arda Guler is a new Attacking Midfielder on ‘best wonderkid’ lists for Footballl Manager 2023. 17 years old and with a Current Ability of 100, you may have to wait a while before he can play in your team. He’ll cost around £15M, though, so he won’t set you back as much as the previous names on this list.

Exceptional on the ball and capable of picking a pass, Guler is ideal to become your new playmaker. His strong Finishing Attribute will also allow him to play False Nine should you choose to do so.

An even cheaper option for a wonderkid Attacking Midfielder in Football Manager 2023 is Oscar Gloukh. Playing for Maccabi Tel-Aviv, it won’t be long before Gloukh is in the Israel national setup in your save.

Ideal as either an Advanced Playmaker or a Shadow Striker, like Guler, Gloukh can also play as a False Nine. He’s also available for around £5M in your first season, so he’s by far the cheapest option on this list.

Closing out this list is a wonderkid Attacking Midfielder that Football Manager 2023 players should already be familiar with, Arsen Zakharyan. He may not be as good as in past years, but with a Current Ability of 125 and a pricetag of £10M, he’s affordable and ready-made for your team.

Starting with 16 Vision makes him an excellent Advanced Playmaker, but don’t sleep on his 13 Finishing. He can just as easily play as n Attacking Midfielder or Shadow Striker.