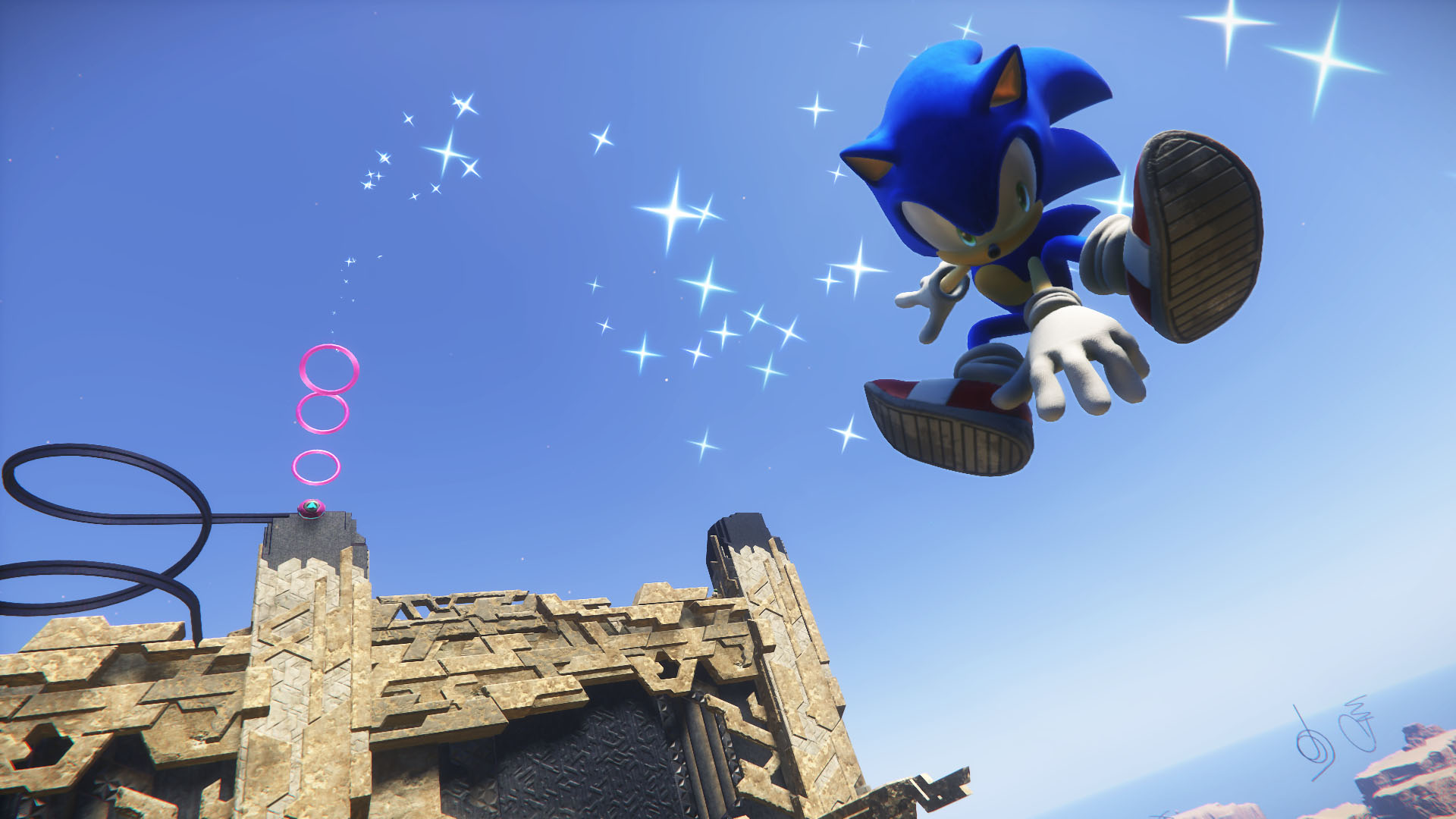 EGX 2022 landed in The Excell, London earlier this month and with the huge exhibition was, of course, lots and lots of games for players to try for the first time.

So let’s go on a guided tour of some of the most outstanding titles you should have on your radar.

With the release of his hugely successful big screen movie sequel and the re-release of classic games via the Sonic Origins collection.

The blue blur himself is set to round out The Year Of Sonic with what may be his most ambitious game yet, Sonic Frontiers.

The Frontiers demo we got to play at EGX 2022 starts you off easy in a small area where you can learn how to move and attack but most importantly how to run.

Sonic feels brilliant when he’s running at full speed and jumping, bouncing, and grinding around areas feels amazing to play.

Frontiers attempts to do a lot. For the first time, Sonic has a large open world to explore at full speed. But there’s also the ability to unlock smaller, different-looking areas – some even based on classic Sonic levels as you can see in the trailer.

The EGX 2022 demo only gives us a snippet of what’s to come. With traversal and combat as fun as this, it may be the best 3D Sonic game of recent memory.

Do you have what it takes to be the best in this intense fast-paced futuristic sport? Blockstar VR has you donning your VR headset of choice to compete in a tournament like no other.

In one of 40 varied arenas, you must test your reactions to accurately shoot the blocks heading towards you at high speed.

Gameplay modes can vary from shooting to puzzle mode where problem-solving skills are more valuable than a quick trigger finger.

Choose your loadout from 12 different weapons while using power-ups and bonuses during the stage to help you complete your objective.

Blockstar VR presents its world in stunning 360-cut scenes immersing you in its setting. The in-game commentators, Joe Romano and Mike McTowel, give the game that live-sport feel.

The best thing is that if you didn’t manage to make it to EGX 2022 you can try it for yourself at home. A demo is available on Steam. Sports fans can dive in now – and don’t forget to say hi to your robot buddy 087 when you do.

You’d be forgiven for thinking Gori: Cuddly Carnage will be a cutesy kids game harking back to the PS2 classic AirBlade. However, I’m happy to say you’d be oh so wrong.

Gori is gory by name and by nature, easily living up to its promise of carnage, easily one of the most surprising games at EGX 2022.

You play as Gori the cat, a mostly silent protagonist. But don’t worry about any awkward silences as your potty-mouthed hoverboard and depressed spaceship will do enough talking for everyone.

You land on a planet to find parts for your ship and arrive in a neon-soaked city when you come across a cute unicorn running away from zombie unicorns.

It’s up to you and your trusty hoverboard to dispatch these horrific monsters using various moves and skills – all while listening to a guitar-heavy soundtrack.

Gori: Cuddly Carnage is a treat for the senses. Slicing up zombified versions of a traditionally-majestic mythical creature is a great way for Gori to stand out. The bosses look to be both gruesome and creepy in a brilliantly cartoonish way.

A playable demo for Gori: Cuddly Carnage is available on Steam and, according to the Steam page, the game will release as soon as the unicorns allow it.

Soulbound is the 2D PvP platformer ready to make and break friendships.

You and a friend play as rival ninjas trying to make it to a checkpoint before the other player, but there’s a catch. Only one of you is alive at a time.

One player starts as a ninja, jumping and running while trying to avoid enemies. The other player is a ghost with the power to possess enemies, trying to kill the ninja. If the latter player succeeds, the players swap places and the race continues.

The gameplay is fast and frantic. One well-timed attack can flip the game on its head.

Soulbound was at EGX 2022 as part of the Tranzfuser group which was bringing several student games to the event.

With its classic 2D graphics and simple control scheme, anyone can pick up and play SoulBound – but mastering its many enemy attacks may take some skill. Be careful who you chose to play against.

From one otherworldly possession to another; we have Polterguys – a game where you are being chased by a large ghostly monster. The only way to survive is to be the last one left standing.

Luckily for you, you’re a Polterguy – a creature that can possess everyday items to try to hide and confuse other players.

The many levels contain different routes and shortcuts to look out for. Some will help but others will hinder, especially if another player manages to close a portal before you can get through.

Polterguys can be played solo but looks as if its strengths will be with its multiplier – supporting up to 8 players in PvP.

Who will be the last Polterguy floating?

I love EGX, especially all the Cosplayers dressed like me