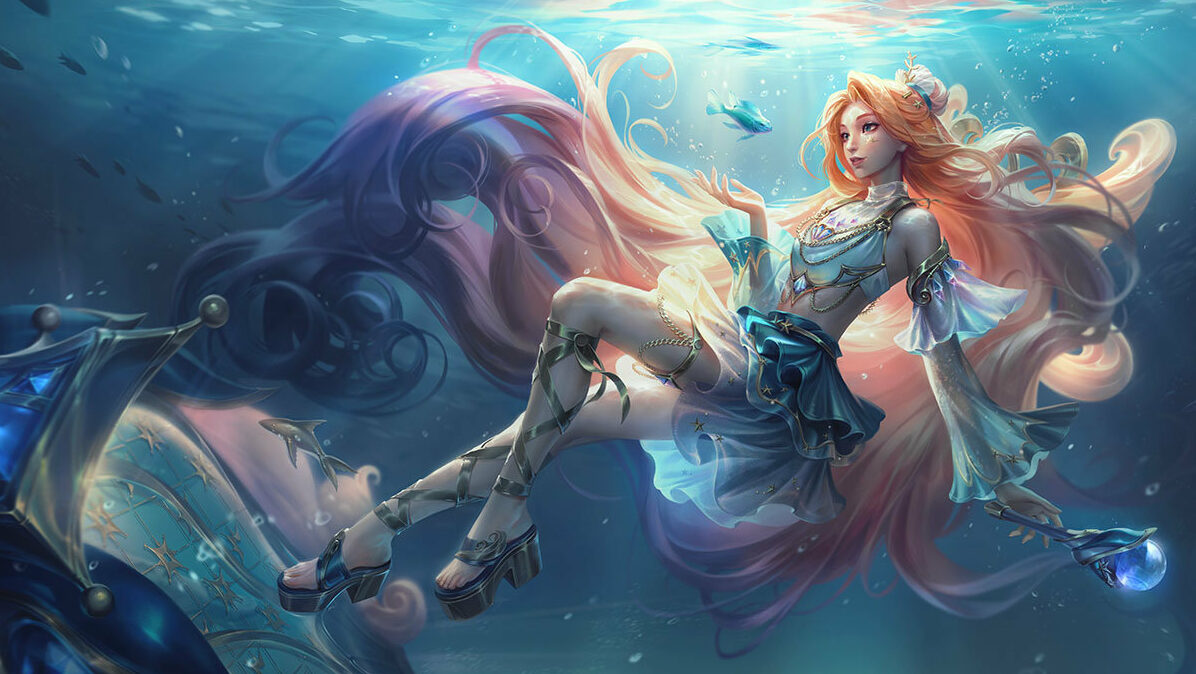 The best champions for each role on League of Legends Patch 12.18

League of Legends’ current live patch, Patch 12.18 is the main patch for Worlds 2022, so there are a lot of exciting picks that work very well in solo queue. You can still take advantage of those before the best players in the world flex them on stage.

As for every other Worlds patch, it’s aimed towards the professional scene. This doesn’t mean it can’t be an excellent patch for solo queue. As a matter of fact, there are plenty of fun and broken champions to climb the ladder with.

Some of them could end up at the Worlds stage of the strongest picks of the tournament, while others are niche picks that work well in solo queue. Let’s look at the three strongest champions in each role on Patch 12.18 in Platinum rank and higher.

The top lane has a lot of great options on Patch 12.18, one of them being Zac, who has the highest win rate in the role. Zac might be known as a jungler, but his strength in the top lane was discovered in season 12. He is a tank but deals damage while being an incredible engagement tool that can make or break team fights.

Quinn has been the most dominant split pusher this patch if you aren’t happy with tanks. Her range is great to punish tank matchups, and as she scales, she becomes a menace to deal with in the side lanes. She isn’t the strongest in fights, but if you like split pushing, Quinn is your champion.

Did anyone say split pushing? Because Camille is also strong in this patch. She doesn’t have the highest win rate, but that might be because so many are picking her. Don’t let the numbers fool you; Camille is super strong this patch and a scary champion to face in lane.

Skirmish lovers are performing in the jungle

You will find that skirmishers are doing very well in the jungle right now, with Rek’Sai at the top. With a whopping 52.55% win rate, Rek’Sai is the champion you want to dominate through skirmishes in the early game. Rek’Sai will fall off in the later stages, but often the game is over before that.

An old face is back in the meta as Master Yi terrorizes the jungle. After getting buffed massively on Patch 12.13, Master Yi hasn’t looked back and remains a strong champion in most ranks. He is simple to play and extremely hard to deal with when he gets ahead.

Bel’Veth will be the champion to go for if you want to play something new. Despite only being out for a few months, Bel’Veth has taken a spot in the meta in her own way. She is slow in the early game but will become a monster in skirmishes, fights, and the side lanes. The Void Queen has no mercy.

Mid lane might be the most diverse role on Patch 12.18, as you will find all sorts of mages in the meta. Rumble is the most dominant one in terms of win rate, with 52.41% of his games won. He might be a melee, but he gets very oppressive after getting his first item.

If you like going in, then it’s perfect that Vex is back in the meta. She is the seventh-most picked mid laner which is a lot considering how new she is. It’s with good reason, though, as champions with resets are generally successful in solo queue when not wholly nerfed.

For the controlled players who don’t like to take much risk, Viktor is still viable in the meta. His win rate isn’t explosive, but he is one of the most-picked champions. He is the strongest control mage out there and just great at keeping lanes pushed and dealing the necessary damage in team fights.

AOE and burst are thriving in the bot lane during Patch 12.18

We know that the bot lane is often related to marksmen, but that hasn’t been the case in solo queue for a while. Yet again, Seraphine has the highest win rate in the role, with Swain and Karthus following right behind. She is indeed a strong pick and will make it hell for the enemy to burst anyone. On top of that, her ultimate is a game-changer when hit.

Miss Fortune got enormous buffs on Patch 12.17, and despite her getting a nerf on this patch, she is still the most viable marksman in the game. She used to get picked for her ultimate only, but while that’s still strong, her raw damage output from auto attacks can be through the roof.

It’s still the league of Draven, somewhat. Draven has been popular on the professional stage to counter the likes of Sivir and Kalista, and he is still viable. If you are a skilled Draven player, this is the perfect time to gain some LP.

Enchanters are back as support, but there’s a twist

The enchanter meta is in full swing for the support position, with Janna topping the win-rate charts after Yuumi and Lulu fell out of favor. She has all the shields and disengage tools you need to win team fights successfully, and she will soon get an updated look as well.

Right behind her is Taric, enjoying himself in this meta. A 52.50% win rate is high enough for him to be considered a top-tier pick. As always, his ultimate is the key to success and will severely shut down assassins and skirmishers heavily.

A bit off-theme, Rell is a strong pick in this patch, and that’s good news for the players who don’t want to bore themselves with passive enchanters. Rell was buffed on Patch 12.17, skyrocketing her win rate to relevance.