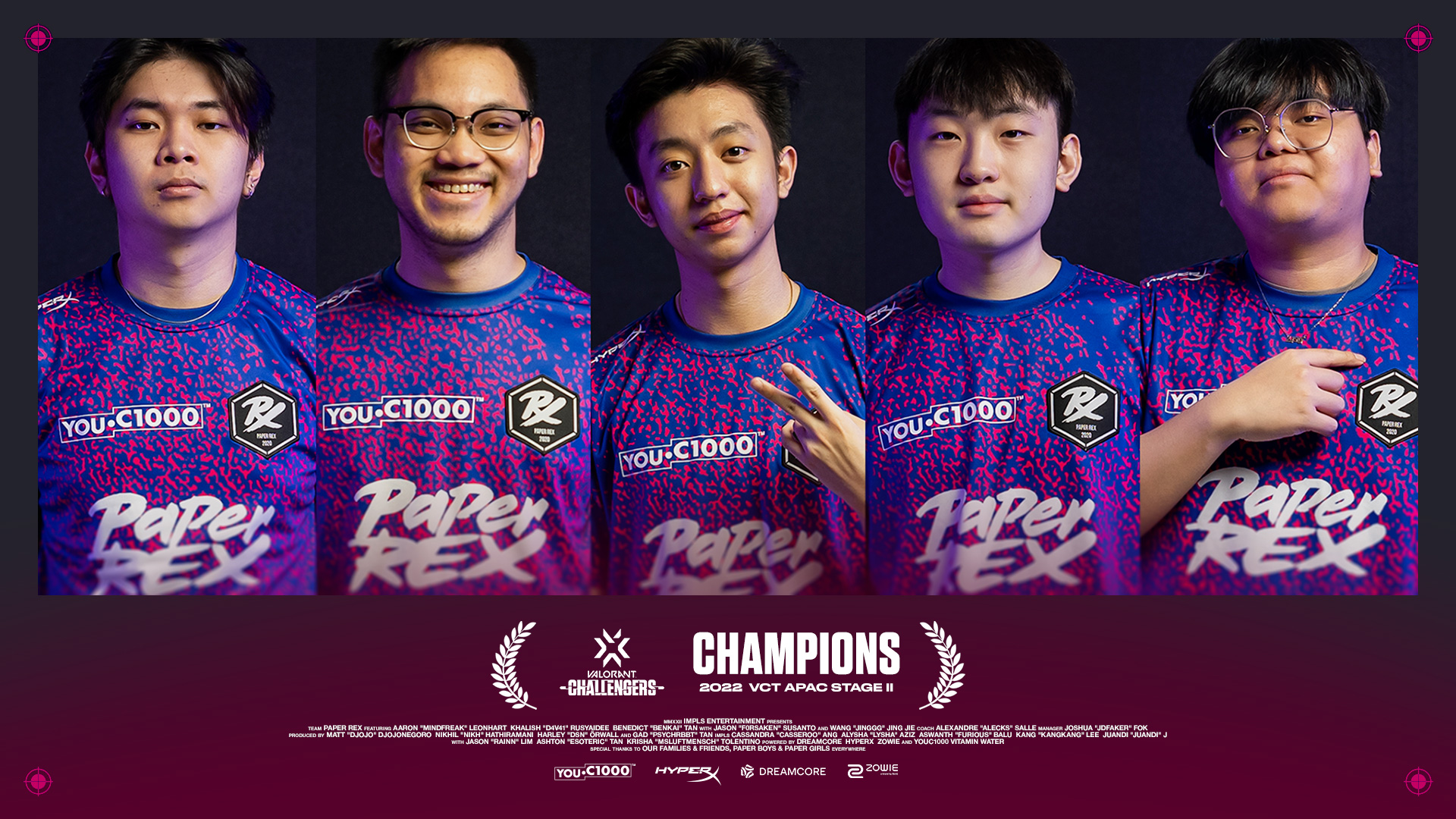 The art of the W: how Paper Rex can bring home the crown

If you weren’t aware of Paper Rex before VCT Copenhagen, you certainly were by the end of it. The APAC side stormed to the finals of the event with their hold W style, taking aggression to the extreme as they punished opponents before rounds had barely begun.

The whole team contributes to the aggression, but no one is as proficient as Jinggg and f0rsakeN – the team’s primary duelists. There probably isn’t a more effective aggressive duo in the world.

D4v41 is an incredibly stable third star too, operating mainly as an initiator but sometimes getting to utilize Chamber’s powerful kit on certain maps. Benkai may be the team’s IGL, but he’s also capable of huge impact due to the team’s style, as is their Controller, mindfreak.

The final of Copenhagen was played against FunPlus Phoenix, titans of the EMEA scene and arguably the best team in the world. It would answer the age-old question: what happens when an unstoppable force meets an immovable object?

The final was an extremely tight contest, with every single player having their big moment at some point in the series. Unfortunately for PRX, however, perpetual motion isn’t possible; eventually the unstoppable force runs out of energy. This became the case against FPX.

FPX’s map wins were won by outplaying PRX’s hold W style. The EMEA team held passive, awaiting their opponent’s aggression to cut them down rather than playing into it as every other team had tried and failed.

That wasn’t the only win condition for FPX though. SUYGETSU and Shao are two of the best late-round players in the world, if not the best. PRX’s aggressive style simply couldn’t handle players who didn’t care whether their teammates were dead or not.

None of this means, however, that PRX never stood a chance of winning that game. If they hadn’t slowed down and hadn’t had players having off-maps, it easily could’ve swung the APAC team’s way. That’s where you begin to understand PRX’s true power.

To play as PRX do, you have to be incredibly skilled. Jinggg is the epitome of this. He’s possibly the best Duelist in the world and his ability to surge through a Defender side is unmatched.

PRX’s style demands mechanical ability. There’s no room for off days, no room for whiffing. To be successful with such a style, you need to be at your best, all of the time. Getting to a final of any event is evidence of their standings as some of the best in the world.

If they can learn to tone it back slightly, not rely on this style, and have a fallback option, PRX would be even deadlier.

When FPX holding passive became the metaphorical immovable object, PRX often looked lost. They would attack a different area of the map and be met with the same result. Whatever they tried, there was no winning.

For PRX to truly become a great team and not just five great players, they need to learn.

If they gain the ability to play slower, to grind teams down rather than just hitting them hard at the start, PRX would be a force that no team could reckon with.

Their style is supplemented by their incredible ability, but it could be refined and adapted for maximum efficiency. If they can do that, VALORANT Masters Istanbul might just be their tournament to lose.