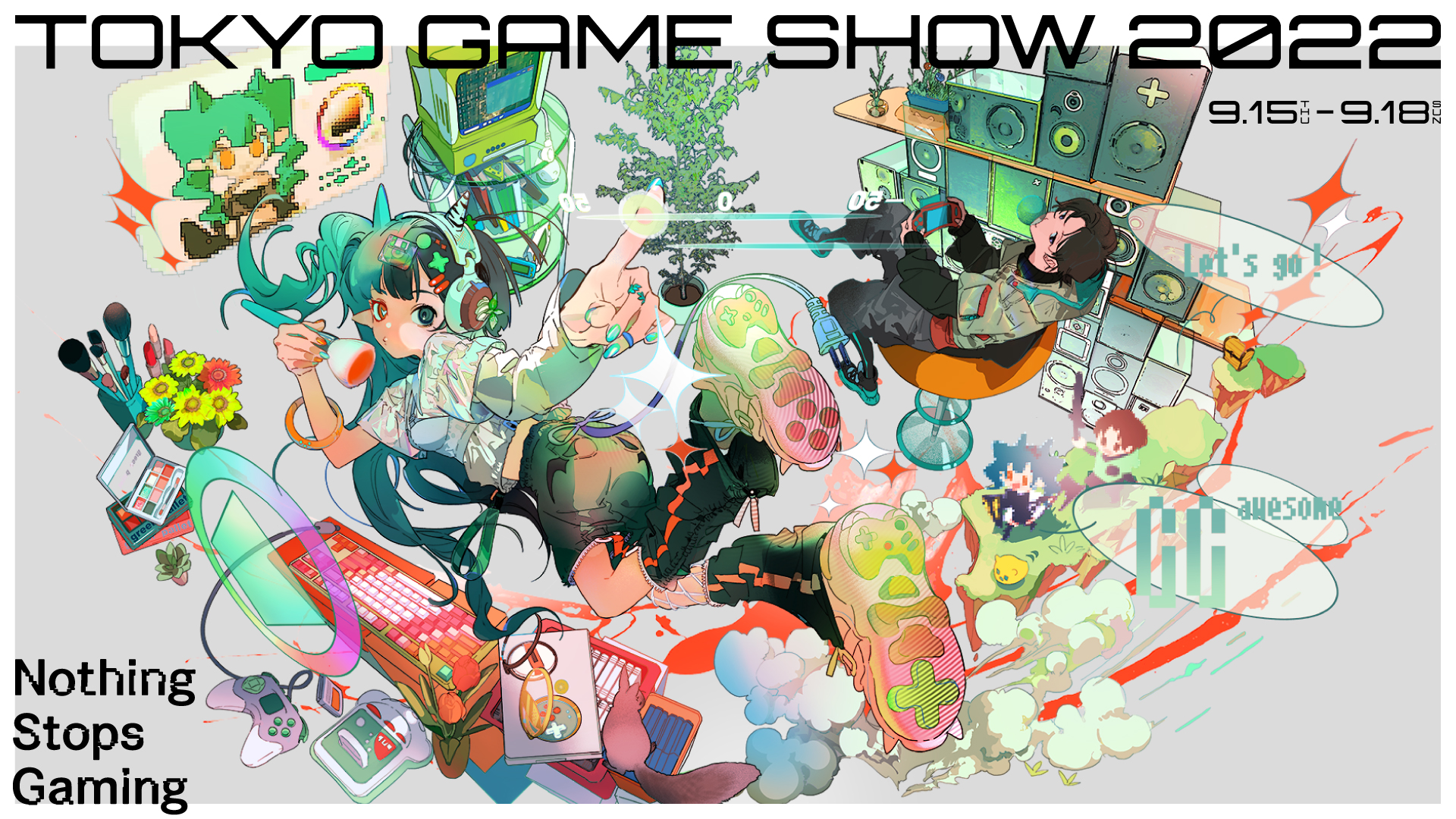 We’re back with another Tokyo Game Show recap, this time for day two! There were four big presentations held throughout the day, but we’ll leave Capcom’s Street Fighter 6 special to a dedicated article.

The shows we’ll go over are, in order: 505 Games and their upcoming new titles, Koei Tecmo’s show focused on two games and the SEGA/ATLUS presentation.

This presentation was the one filled with most videogames on display. Unfortunately, most of it was games we’ve seen before, with some of the trailers being repeats of recent events. Here’s a quick list of the games that were mentioned:

Now onto the new stuff! Edengate: Edge of Life was an entirely novel announcement. Here’s the TGS trailer:

Although it didn’t show much, there’s a lot more to learn from the game’s Steam Page. Unlike the writer’s previous work, it is not a visual novel. It is a linear adventure game, likely a walking-sim with puzzle elements.

Unholy, an upcoming indie psychological horror game, got a short new trailer. Akin to the previous title, you’ll get a lot more info from its steam page. We don’t know much yet, but the post-soviet Eastern-European setting, alongside the creepy trailers, has gotten us intrigued.

Nivalis, the upcoming game from Cloudpunk’s creators, received an in-depth Q&A TGS trailer which gave us a much better understanding of what the developers are trying to achieve.

The Cloudpunk aesthetic is still definitely there, but the life-sim aspect gives it a unique spin. It is already looking great!

Finally, we saw a new Eiyuden Chronicle: Hundred Heroes trailer, focused on presenting the protagonists. The project wish began as a massively successful Kickstarter has kept a lot of JRPG fans on the edge of their sits, and this trailer sure as hell won’t disappoint them.

Koei Tecmo had a much more focused presentation. It was essentially split in two, with the first half being entirely about Atelier Ryza 3 and the second one about Wo Long: Fallen Dynasty.

Fatal Frame: Mask of the Lunar Eclipse’s remaster made a repeat showing here, but it was only the same trailer that was posted on Playstation’s YouTube page a few days back.

The Atelier series is celebrating its 25th anniversary this year with a third Ryza instalment. Following a trailer going over the massive number of titles that have been worked on by Gust in the past two and a half decades, we were gifted a lot of new information regarding their upcoming title.

Atelier Ryza 3: Alchemist of the End & the Secret Key got three trailers, a first look with some gameplay snippets, a character trailer introducing Bos and an announcement video. Here’s the first look:

As we can see, JRPG fans will have a lot of great titles on their hands!

Team Ninja made their return to Tokyo Games Show 2022 to have a deep dive into their newest title. Following the success of Nioh 2, expectations are at an all-time high, but can they reach them?

The developers showcased what they called a “trial-stage”, a section at the earlier parts of the game that functions as a demo. We received a new look at some enemies, how deflects and “staggers” work and another mention of the Morale system.

Team Ninja also gave us an amazing news: a demo is playable right now on PS5 and X Series consoles. It is only available until 25th of September, so give it a shot if you can! Here’s a video with some gameplay tips:

The deflect and spirit system looks very similar to Sekiro, but the variety of weapons and armor, loot and levelling carry with it a distinct Nioh feel.

The demo does a great job of showcasing exactly how the morale ranks work, functioning as a level warning for enemies and a risk-reward combat boost for the players.

Stronger enemies give you more morale, which consequently gives you combat boosts. You’ll lose morale if you die though, so it is a balancing act. It is looking incredible so far!

SEGA finished off this trio of Tokyo Game Show presentations alongside Atlus, who only showed up to remind us that Persona 5 Royale is releasing soon on next-gen consoles and PC.

The overwhelming majority of the show was focused on SEGA’s beloved blue hedgehog. Sonic: Frontiers received a new trailer with gameplay snippets, but the biggest reveal was a considerably big gameplay clip.

Unlike the previous small, vague and confusing trailers, this footage actually gave us a lot of hope heading into the game’s November release date. The open world still looks off to us, but the floating platforms and the speed at which Sonic moves look very satisfying.

The combat looks bland but fast and the puzzle nature of fighting bigger enemies is pretty cool. What surprised me the most was the footage showing the “cyberspace”, the digital dimension which the player accesses through portals to play Sonic’s memories, aka classic, self-contained levels.

I am still not entirely sold on Frontiers, but this larger gameplay footage managed to be the first “trailer” I’ve seen that got me excited for this game. Let’s see what the game will be as a whole on the 8th of November.

The show concluded with some talk regarding the future Like a Dragon releases and the Judgment ports but nothing new was shown.

This was our second TGS recap, you can check the first one here if you missed it. We’ll soon have an article out focused on the Street Fighter 6 presentation.