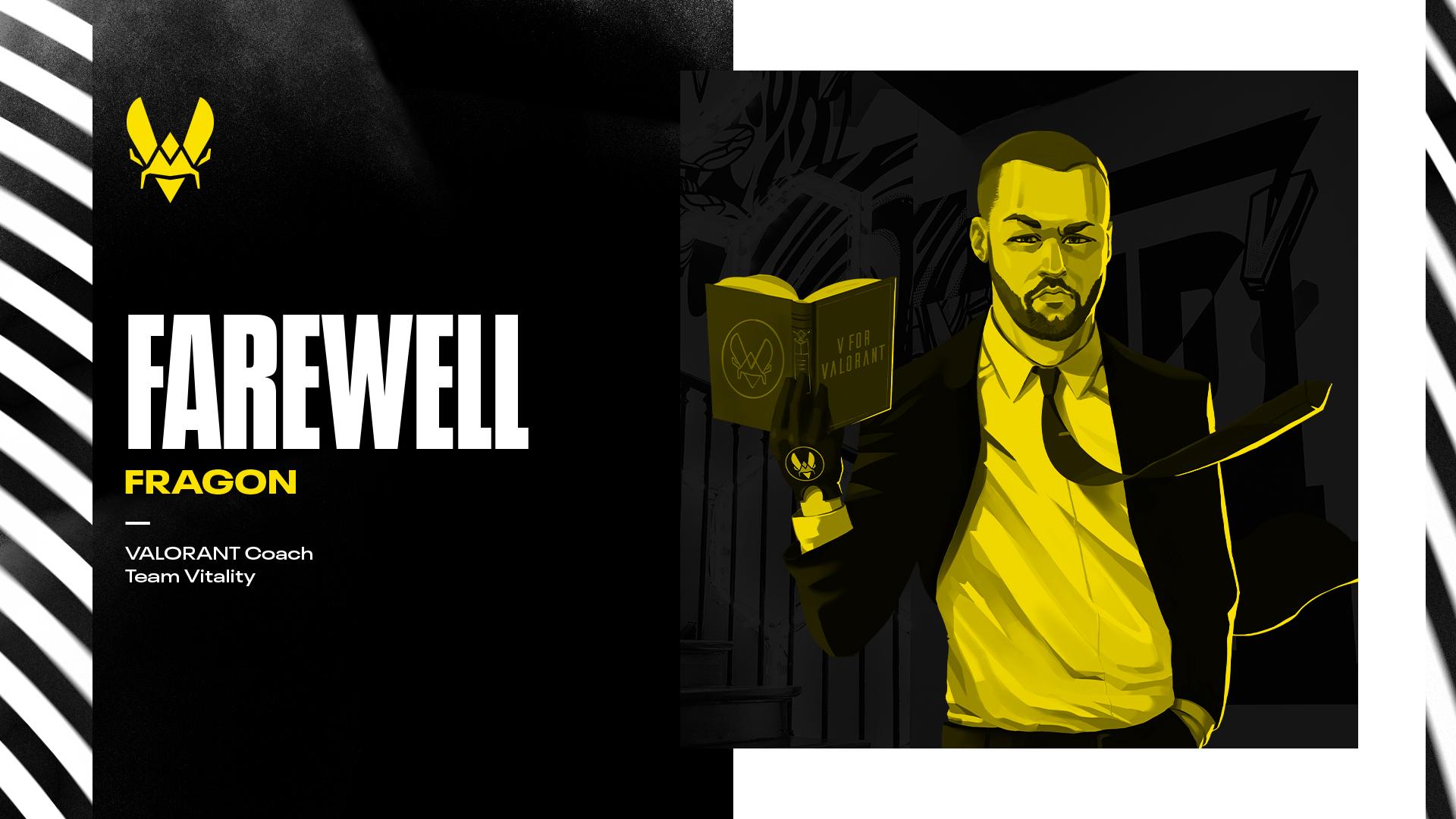 Team Vitality is making an off-season Valorant change before Stage 3 of the VCT, parting ways with their coach, Fragon. The org and former coach appear to be splitting amicably.

Team Vitality posted a heartfelt farewell to the former coach on Twitter on March 7.

Fragon followed up with a tweet, thanking the organization for the opportunity and admitting that he'd been "wanting to pursue a different direction in my eSports career."

This appears to have been in the works for a while, as Team Vitality immediately welcomed their replacement coach, PMLeek. Fragon said goodbye by wishing his former teammates good luck in their future Valorant matches.

I'm thankful for @TeamVitality and all the people behind the scenes that gave me the opportunity. I've been wanting to pursue a different direction in my eSports career so it's good timing to make a change and let the team enough time to adapt to a new coach.