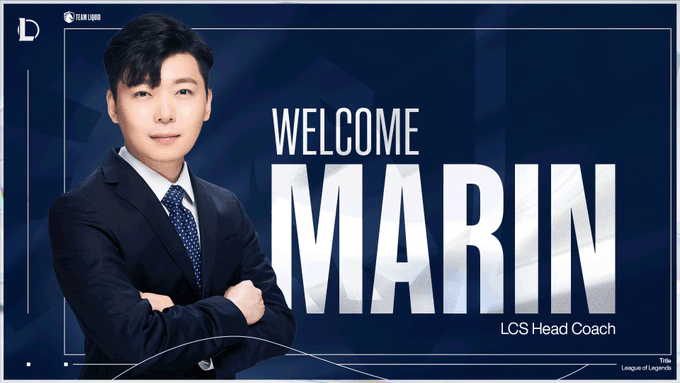 A new chapter for Team Liquid in 2023

Going into 2022, Team Liquid gathered one of the strongest on-paper rosters LCS has ever seen. Nonetheless, they fell flat on their face, not even making Worlds, let alone winning a championship. After such a disappointing year, TL is moving on in a drastically different direction in 2023.

On top of poor results, 2022 was very expensive for TL. Building a superteam costs loads of money, and considering the current climate in the business side of esports, TL was expected to shrink the budget. Regardless, they could still field a very competitive roster in 2023—with an unusual twist.

CoreJJ and MaRin cornerstones of the new project

Early into the League of Legends offseason, TL announced that it was renewing the contract of their legendary support, Jo “CoreJJ” Yong-in. Despite having an off year, he remains one of the best players the LCS has ever seen, and his experience and mentorship skills have immense value.

With CoreJJ clearly a centerpiece of TL’s rebuild, the team has assigned a former World Champion and Worlds Finals MVP, MaRin, as a Head Coach. This signing came out of the blue as he has no official coaching experience. Yet, TL seems to value his experience and success as a player, handing him the keys to the organization’s LCS lineup project.

Although nothing is confirmed, Team Liquid is rumored to field a full Korean-speaking roster in 2023. According to esports journalists Travis Gafford and Brieuc “LEC Wooloo” Seeger, this is likely the path TL plans to take next season.

Some may ask: “How can they play five Koreans?” The key part is Korean-speaking players, not necessarily five native Koreans. Allegedly, they will promote their academy AD Carry, Sean “Yeon” Sung, and mid laner Harry “Haeri” Kang to the LCS lineup. Both players are North American citizens who speak Korean owing to their origins. With CoreJJ, who obtained his Green card, TL still has two import slots available.

According to rumors, former Cloud 9 top laner Park “Summit” Woo-tae is looking to return to the LCS after a successful split in LPL. The LCS Spring split MVP was reportedly targeted by some LEC teams, but he preferred to return to North America. Additionally, Team Liquid aims to import a Korean jungler, but there are no rumors about who they have on their radar at this time.