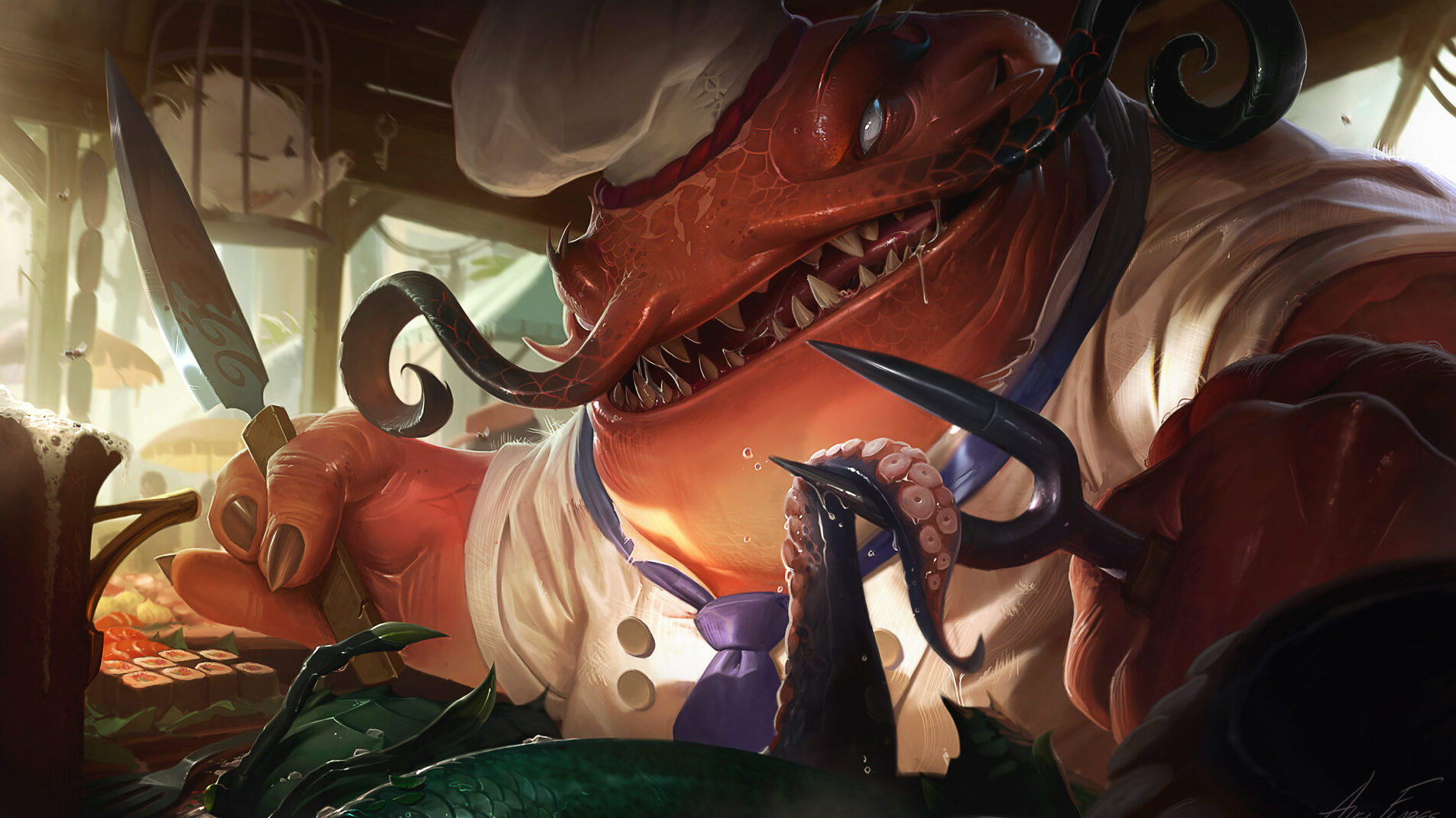 Attention, bot laners: you might want to reconsider your go-to role for this patch. After League of Legends patch 12.12 hit the live servers, Tahm Kench and Seraphine have had the fun of their lives in the bot lane. For the rest of the champions down there, not so much.

Both champions are topping the solo queue win-rate chart for Platinum ranks and higher.

For the second patch in a row, Tahm Kench is the top dog catfish, this time with a whopping 58.13% win rate. Below him is Seraphine, who has jumped to a 56.46% win rate, over 3% higher than in the last patch.

Better together in League of Legends Patch 12.12

We know this sounds terrifying, and it is – especially if the two are paired together. They can make for an unkillable duo in the bot lane as they scale stronger by the minute.

On their own, Tahm Kench and Seraphine are often paired up with Senna, a champion currently considered an S-tier pick. Generally, the dominance of Tahm Kench, Seraphine, and even Senna, makes life incredibly hard for bot laners who like to play the good old classic marksmen.

You might think Aphalios, Caitlyn, and Xayah are fun champions, but wait until you meet the Kench and his healing squad; you will quickly regret every choice you made in champion selection.

With Patch 12.12 soon hitting all the major professional leagues, the scaling meta might continue for quite some time. So, solo queue players will have to withstand the nightmare for a little longer.

Until then, we wish you all a happy time on Summoner’s Rift, and we advise everyone to move away from the bot lane if they still have any love for the game.

At the rate Riot is forcing the scaling and healing meta, I’m starting to miss the old assassin one-shot days. What is going on?!