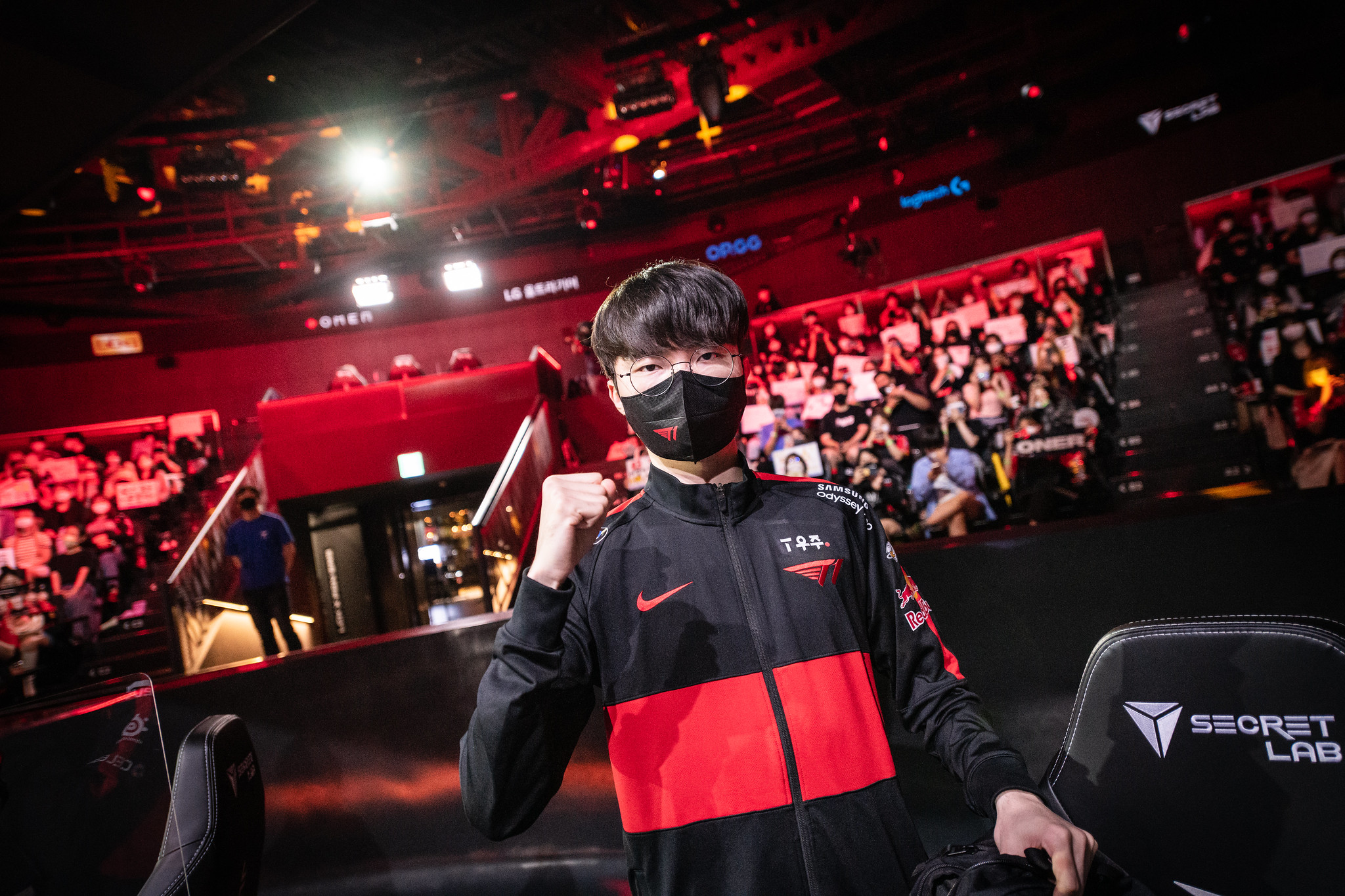 The biggest rivals in recent LCK history, T1 and Damwon Kia, clashed earlier today in LCK’s Match of the Week. In an anticlimactic series, T1 stomped Damwon 2-0 and improved to a 4-0 record to top the standings.

T1 had complete control at all stages of the game and secured the sweep with decisive plays. It felt like they didn’t even break a sweat, and it was just business as usual.

The overall impression of the series was that it was still Spring Split, and T1 is outclassing everyone. The drafts were also Spring Split-like despite the durability changes that shook the meta across the globe.

Today’s victory over DWG was T1’s 24th straight best-of-three series victory in the LCK, breaking their own record from 2015. They continue with their fantastic form from Spring, despite having a shaky MSI performance and losing to RNG in the finals.

The sheer amount of talent on this roster is incredible, and no better person in the world than Faker to lead “the young guns.” Four matches into summer, and T1 is still undefeated in the LCK in 2022. Just let that sink in for a moment.

Who can stop T1 if Damwon can’t?

Judging by the first seventeen best of three series played so far in the 2022 LCK Summer, Gen G looks like the only serious candidate to challenge T1. Chovy and the boys are also undefeated(4-0), displaying some very exciting League of Legends so far.

The superteam formed around Chovy and Ruler had an excellent Spring performance but couldn’t get past T1 in the final. Maybe this time around, they find the right recipe to finally take down T1. Their read on the meta is fascinating, and they don’t shy away from playing wonky picks. Looking at you, Lehends.

Friday, July 8th is the date you need to mark on your calendar, as the two titans clash in a Week 4 matchup.

Yes, having Nuguri back is very exciting if you are a Damwon Kia fan, but unfortunately, it doesn’t mean it’s 2020 once again. They have many more issues to fix, and it doesn’t seem like sticking “the Nuguri patch” will magically fix all the problems. Nuguri is not Flex tape, sorry.

He is undoubtedly an upgrade over Burdol and Hoya, but he did take a long pause, and it will take some time to shake off the rust. Zeus straight up outperformed him today, especially in game 2.

Furthermore, deokdam and Kellin are still underperforming, and bot lane remains a massive issue for the team. They expected that bringing in Nongshim Red Force’s bot lane would be a sizable improvement over struggling Ghost and BeryL, but it doesn’t seem to be the case so far.

However, when you have ShowMaker and Canyon on your roster, you have to believe you can turn it around and get back on top again. There is still plenty of time to grow before playoffs and Worlds, but for now, T1 and Gen G are clearly ahead in the already top-heavy LCK.