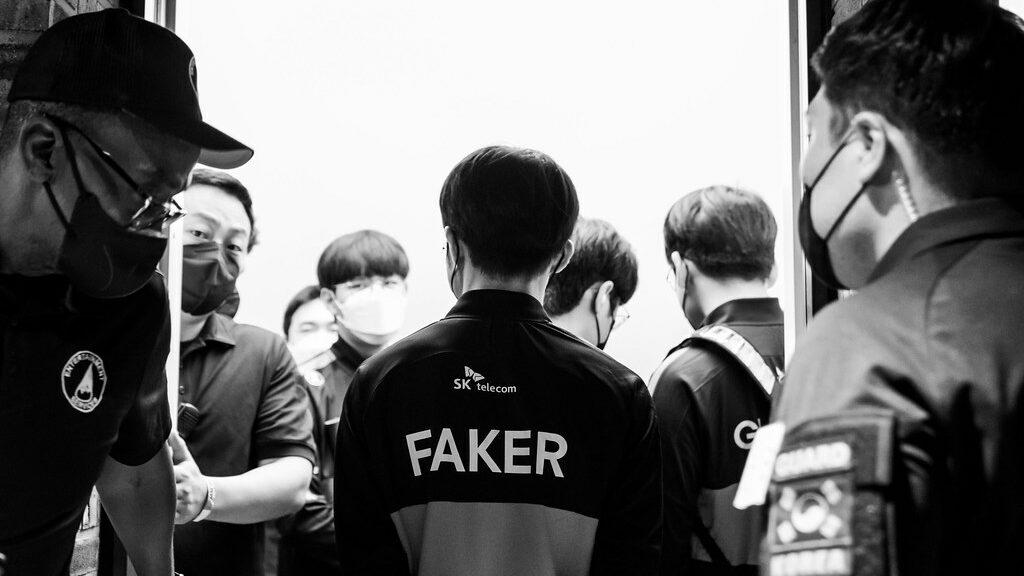 First the truck, now this???

Another day, another T1 drama. Following the incident with the LED truck sent to LoL Park to protest against the organization’s coaching staff, T1’s name appears in the headlines once again.

This time, it involves the organization’s CEO – Joe Mar – who has been leaking exclusive information regarding T1’s players and making inappropriate comments on a private discord server.

The news was brought by Korizon Esports’ Ashley Kang, explaining in a Twitter post the controversy surrounding T1

Here you can find the whole thread:

In the Twitter thread, Ashley shows us multiple cases of leaks occurring in the Discord. An anonymous source came out with screenshots regarding the existence of the Discord that was made for T1 fans privately.

The screenshots show multiple members of T1 being active on the server and leaking exclusive content such as pictures and, most notably, private information regarding players’ contract negotiations. Remember, contract negotiations are strictly confidential and involve NDA’s (non-disclosure agreements) in them, forbidding any information from making its way to the public.

Even though Joe Mar didn’t share any specific details around the deal, such information shouldn’t be discussed or shared, especially on a discord server.

The organization offers an annual membership priced at 57 USD, which should give access to exclusive content. However, T1’s fans felt that the membership was anything but privileged. They were disappointed by the T1 employees, who shared exclusive content with a smaller group of people.

Also, the organization mentioned that the current T1 employees would be leaving the particular discord channel, which confirms their participation.

According to Ashley Kang, additional screenshots from the server surfaced. They showed T1’s CEO – Joe Mar – making comments about T1’s jungler Oner with fans in a strange manner.

Expressions such as: “Who is gonna spray the oil on him” and “thirst trap” were used.

The screenshots sparked even more discussions on whether the comments were appropriate by the organization’s CEO.

Now is not the time for more T1 drama. The organization is already not on good terms with its fans.

On August 4, a group of fans hired an LED truck that was sent to the T1’s headquarters and then moved to the LCK’s (LoL Park) to protest against the current coaching staff. A demand was made to appoint a higher-level coaching staff.

This situation is adding fuel to the fire, and T1 fans will have even more things to protest. Despite winning, the team has unnecessary pressure on them, which might end badly.

All this when T1 finished “only “second in the regular split? Wow, imagine what would happen if they were out of the playoffs.