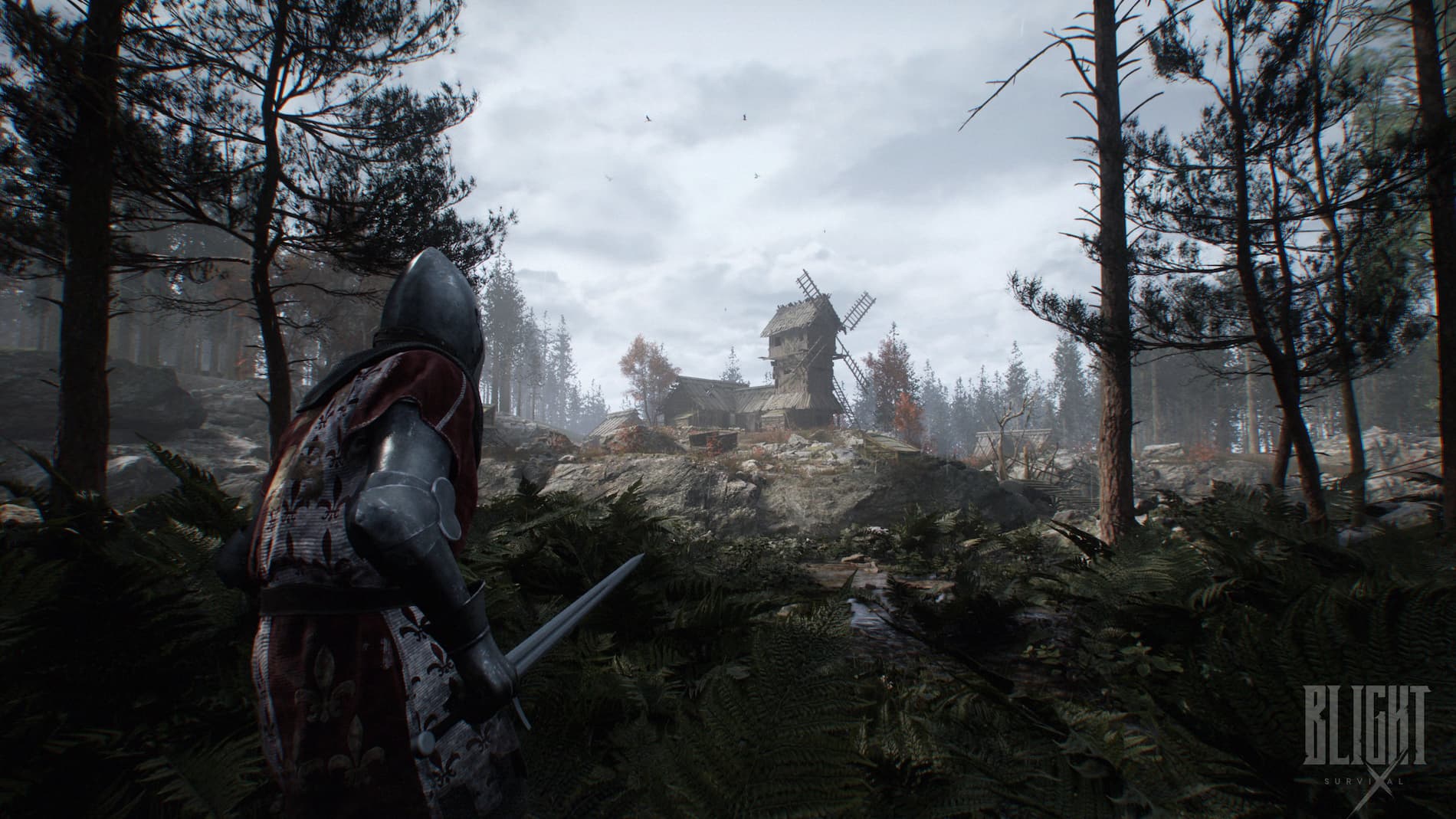 After years of zombies/infected survival-type games, the genre seemed pretty much tapped out. It’s hard to reinvent the wheel in a genre that’s seen almost everything.

However, one studio is looking at the genre from a different angle. Haenir Studio is turning back the clock to a time that hasn’t been explored in a long time: the medieval times.

Blight: Survival is the latest zombie, survival, rogue-lite adventure that you should have on your Steam Wishlist. In what appears to be The Last of Us in the 14th century, you will witness a plague like no other.

Blight: Survival takes place in an alternate version of the 14th century. A mysterious Blight has taken over the land in between two states at war, and you must clear it out.

Surprisingly, the game lets you take on this challenge alone or with up to three more friends. I’m getting way ahead of myself so check out the trailer below.

Using the power of Unreal Engine 5, Haenir Studio is cooking up something very unique. Combat is visceral yet satisfying as you hack and slash your way through zombies and man.

As the trailer shows, looting will be involved as the player encounters various weapons. However, this is a rogue-lite title, meaning whatever you find will be lost upon death.

Toward the end of the trailer, the player encounters a friend. We don’t get to see how co-op unfolds, but tackling a horde of zombies as a group of knights is a dream come true.

Interestingly enough, this project comes from a two-person group of indie developers. The studio has been pretty quiet on Twitter, but the rise in attention should change that.

Fan feedback has been very positive, showing much work the devs have put in. For an early look, this looks better than the state in which most projects release.

There’s no release date yet, but keep your eye on this one. A lot of passion is going into it, and any game using UE5 might be something to look at.

This could be a good project especially with co-op as a potential feature. Throwing it on my wishlist now!