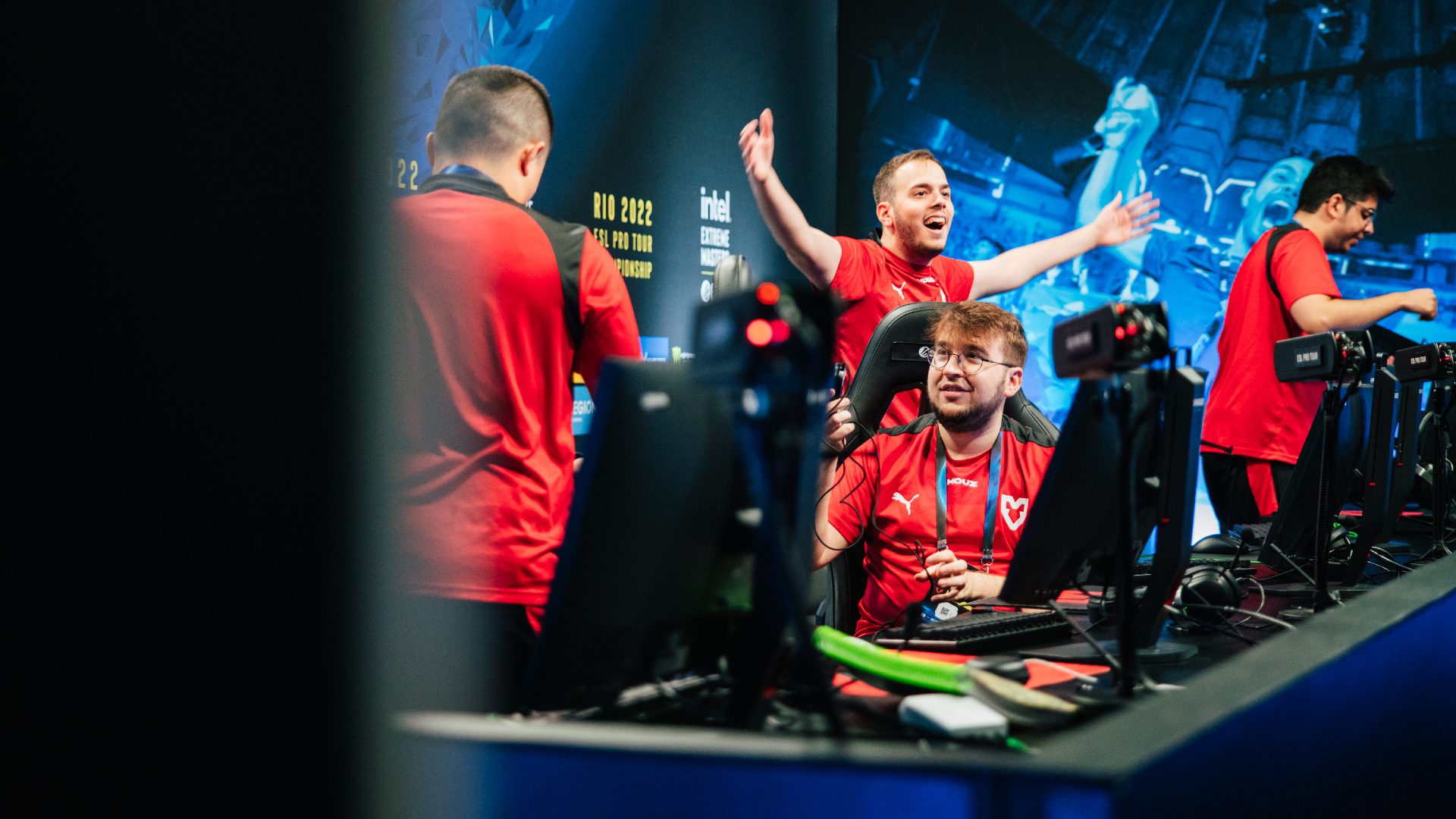 Sure, MOUZ are good, but just think how good they could be

MOUZ have done themselves proud by qualifying for the Legends stage at IEM Rio 2022, but to be fair to them, they’ve been on the rise since IEM Cologne 2022. Now finally made up of a core former players of their academy team, MOUZ looks like a team that will be a contender in months to come.

In Cologne, they still had to carry the burden of Lithuanian deadweight Aurimas “bymas” Pipiras. It may have been their best placing of the year, but the role changes that facilitated that finish was only further evidence of the fact that bymas had as little business being in tier-one CSGO as the day FaZe Clan brought him into it.

The answer, as it had been for a while, was exceedingly obvious: Dorian “xertioN” Berman. The Israeli Entry had been as much of a star on the MOUZ NXT team as Adam “torzsi” Torzsas had ever been, people had been left scratching their heads as to why he hadn’t been called up when this roster was formed. When Jon “JDC” de Castro was then promoted before xertioN in the wake of Nathan “NBK-” Schmitt’s departure, there was even more confusion.

Thankfully, in the break between Cologne and ESL Pro League Season 16, those in MOUZ finally seemed to get their heads in gear and do what they should have done in January: removed bymas in favor of xertioN. Now not only did they have a team with far better role balance, but they also had one with a genuine third star too.

What a star xertioN has proved to be thus far too. His debut at Pro League showed plenty of promise, his current 1.41 HLTV rating at IEM Rio 2022 makes him MOUZ’s best player and the fourth-best player of the entire Challengers Stage.

Behind him, is the player most aided by the recent role changes in MOUZ, David “frozen” Cernansky, with a 1.35 rating. Even torzsi, who has been slightly disappointing of late considering his start to life on the main team, is sitting pretty with a 1.18.

So then it’s clear, this MOUZ has got some serious muscle behind it and it’s going somewhere with it too. But could it be even better?

Okay, we know it might sound a little crazy. We’ve already said that MOUZ is a roster on the rise, but that rise will have a short peak with Christopher “dexter” Nong. There’s nothing overly wrong with dexter, but there’s nothing overly right with him either. A competent leader, but he’s nowhere near a great one.

On the other hand, siuhy is not just a better individual player, but a better leader too. Do you remember when dexter had Frederik “acoR” Gyldstrand? Before dexter, acoR looked like he could be one of the best AWPers in the world. With dexter, he looked like he should’ve never been allowed to play outside of FACEIT level 10. But what about with siuhy?

With siuhy, acoR once again is showing all the potential he had once shown while on Tricked and MAD Lions. He was unstoppable in the RMR event for IEM Rio, especially as GamerLegion took down G2 to knock them out of the event.

That win against G2 is also a testament to the ability of siuhy as an IGL. If Rasmus “HooXi” Nielsen’s brain is what earned him his spot on a team as star-studded as G2, what does siuhy’s victory over that team with his own team of misfits and unknowns earn him? That’s without even factoring in that GamerLegion then went on to qualify for IEM Rio 2022 and then surged to the same 2-0 start that MOUZ did.

siuhy has now proved he’s an IGL worth his salt. He’s not just won WePlay Academy Leagues, or almost overtook the main team of his organization in the HLTV team rankings, he’s an IGL that took a newly formed team to the biggest Major in CSGO history.

MOUZ may be improving with each passing day, but that’s to the credit of the team’s stars rather than their IGL. If MOUZ really wants to become contenders, or at least, real, consistent contenders, dexter will not be the man to lead them there. It might seem like a gamble at first, to remove the IGL when things look good, but siuhy is the future. MOUZ have already made the mistake of letting him go, they can avoid another by not letting him go too far.