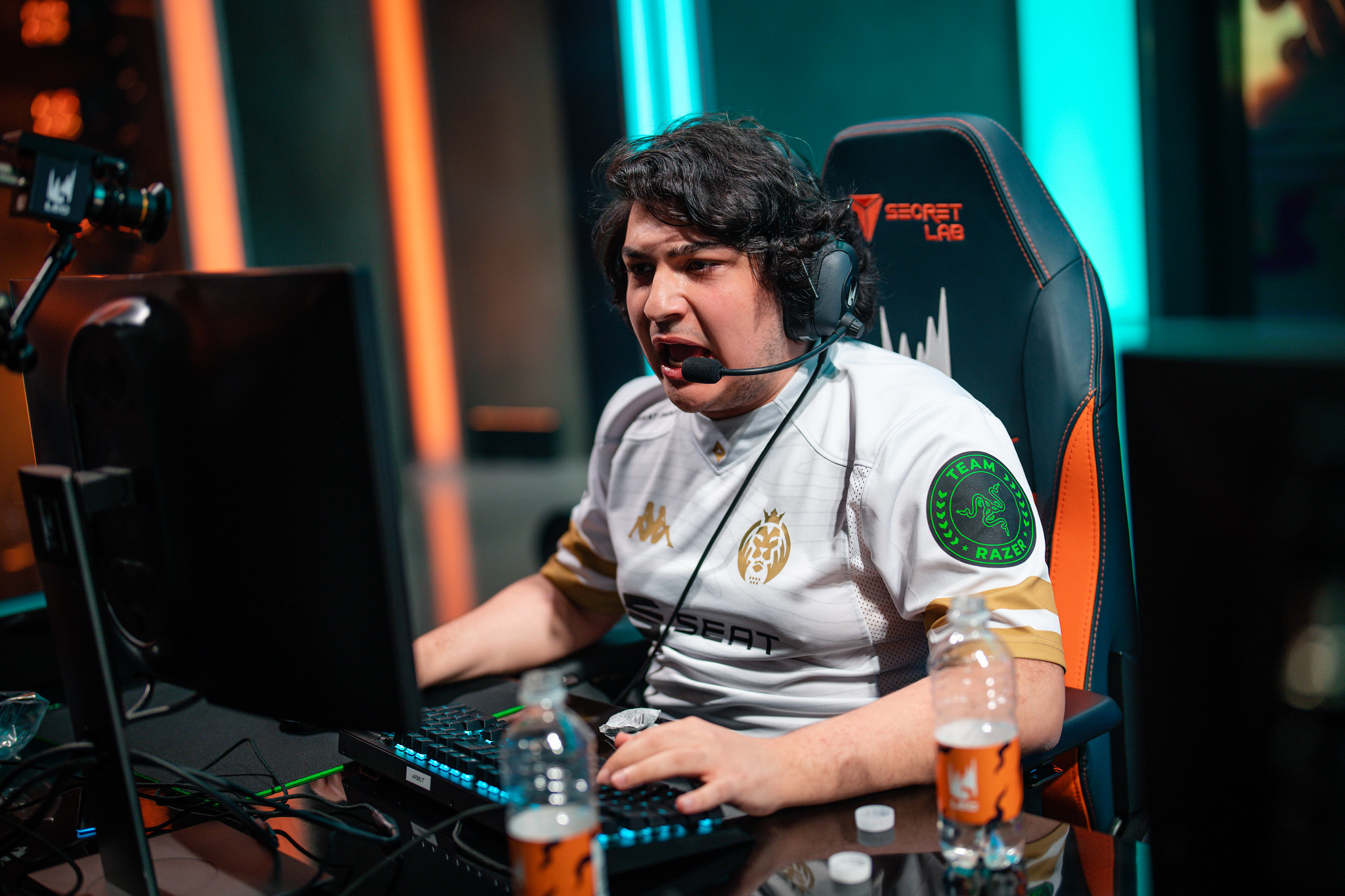 One last day, one last look at the odds of Team Vitality losing their playoff spot to MAD Lions—among messier outcomes in the Top 2.

As events unfolded in the first two days of the superweek, every team's fortunes has changed; some dramatically, some mostly as expected. Curses were undone, and others have emerged.

As such, an update is in order:

Rogue’s hopes of finishing first are still alive despite a devastating loss to SK Gaming on Week 8 Day 1, as Misfits Gaming beat Fnatic in a determining matchup for Top 2.

However, Misfits’ gift has a hint of poison to it: if Rogue lose to Excel, they are at risk of losing first place to Misfits and Fnatic if any of them win.

Furthermore, Rogue finish third if they lose and if Misfits and Fnatic win their games as they would have won less games in the second half of the split than either of them.

On the other hand, if Rogue wins, first place is theirs, and that’s all she wrote.

For a team that went completely under the radar, Misfits Gaming’s feat is extraordinary: if they win, they guarantee a Top 2 finish.

Furthermore, if Rogue lose, they finish first no matter what, as they have won more games than anyone in contention for the top spot.

That said, how can Misfits get away with winning games they had no business winning? Ask G2 Esports and Fnatic, who have significantly boosted Misfits’ chances at finishing first. By the way, one of them will have the chance to set the record straight as their playoff opponent.

Fnatic’s superweek started oh so well with a nice victory against Team BDS, but it all came crashing against Misfits Gaming. Now, they are as likely to finish fourth as they are to take first place.

Their once-promising chances at finishing first are now a shell of their former selves as they hinge on Rogue and Misfits collapsing, and on their own success in the final game.

It ain’t easy being Fnatic: a Misfits victory locks them out of top 2, and a G2 victory pressures them to win their game lest they play a tiebreaker for third place.

Although G2 Esports’ Top 2 pipe dreams have died, they have had a successful superweek: their 2-0 record solidified their Top 4 seat, locking them safely in the upper bracket.

However, the team’s final game matters to their opponent more than it does to them: If Misfits and Fnatic win, Rogue urgently need to beat G2 to lock first place, lest they fall to third.

On the other hand, if Fnatic lose, Rogue would lock Top 2, and G2 could fetch third place with a victory and a subsequent tiebreaker round.

Then again, a repeat of the “Kings and Legacies” matchup would then unfold for a seat that doesn’t matter much due to the playoff format, as both would lock an upper bracket seeding.

Locked in other spots

Although Excel Esports were in play for a higher seed and in danger of dropping out of the playoffs, all they truly needed was a victory to lock a playoff spot.

After Team Vitality’s struggles and G2’s rise during the superweek, Excel Esports locked in a comfy fifth place—and their first playoff appearance ever in a major region.

Nevertheless, a victory against Rogue in the final game of the day, in specific circumstances, would mean the world to Misfits Gaming and Fnatic.

Team BDS’ playoff chances died before the superweek, and they were in danger of falling to tenth place if Astralis somehow went Super Saiyan during the superweek.

However, if Team Vitality lose before they play their game, BDS must deploy their fullest strength to keep competitive integrity alive, as their defeat would send MAD Lions to the playoffs over Vitality.

Considering how important a victory for their opponents was, Astralis’ tenth place finish can be excused. But those victories weren’t free, as Astralis knew the importance of their games to other teams.

After they came close to destroying MAD Lions’ playoff hopes on Day 1, they will have the opportunity to destroy Team Vitality’s on Day 3 (and give MAD Lions an unexpected shot at the playoffs).

Team Vitality’s week was not easy by design, and it might have been their doom. Indeed, G2 Esports and their direct opponent for a playoff spot, MAD Lions, needed those wins for their own reasons.

As Vitality faltered twice, a third loss would mean disaster. If they lose to Astralis, they will be reduced to hoping that a rather off Team BDS upsets MAD Lions in the final game of the season.

Better outlooks lie in “simply beating Astralis.” Although one does not simply beat Astralis lately, they have it within them to win the game and shut the playoff door on MAD’s faces.

MAD Lions have done admirably so far, but their playoff entry is not assured: it could all crumble with one Vitality victory, but Astralis have been feisty as of late.

If Astralis come through, MAD Lions have one job: beat Team BDS, and join the playoffs despite having their worst split to date.

In doing so, MAD Lions would drop the mic on superteam Team Vitality, and they would provide Reeker some much-needed playoff experience. Beyond that, they would signal their arrival in the LEC spring split at last.

SK Gaming’s playoff chances ended the moment they lost to Excel Esports. At the same time, they are in the unenviable situation of having to play their hearts out nonetheless.

SK’s performanecs are no longer about them: a victory would provide relief for Rogue as they lock Top 2, and for Fnatic as the team would hold a Top 2 finish in its hands with a victory.

But they came far from their early season form, a commendable second-half effort giving them hope till yesterday.