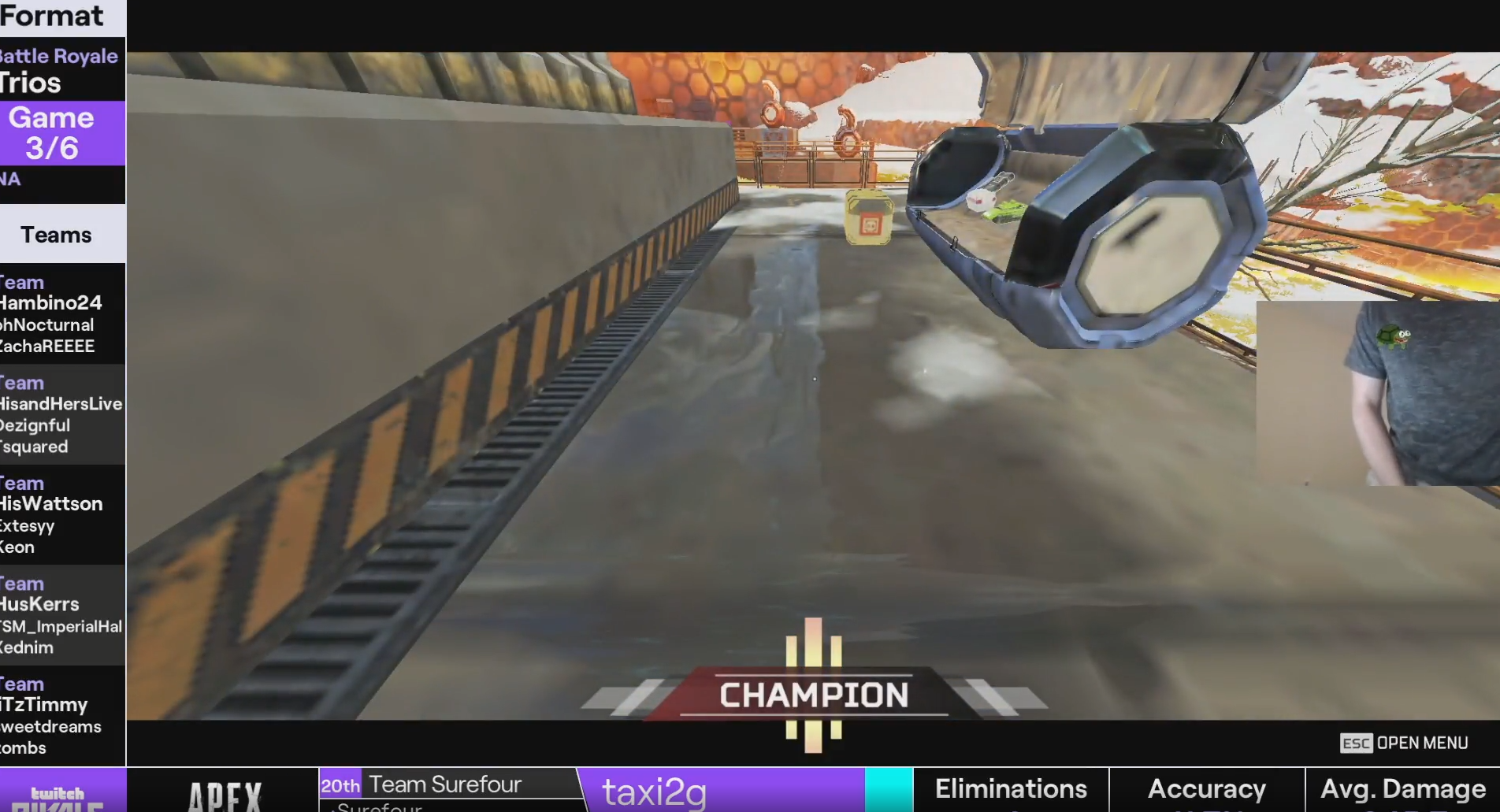 Its’ great to win a round of any battle royal game. We all know the feeling. Pure exitement.

But popular Apex streamer Svend-Erik “Taxi2g” Høegh took it to the next level in Round 3 of the Twitch Rivals, NA Showdown.

Just as Taxi2g’s team, Team Surefour, eliminated the other team, he attempted to d*ck-flash his viewers and screamed “Suck this!”, leaving the casters pretty stunned.

Watch the episode below.

Team Surefour ended up 5th in the tournament taking home $2,400. The winning team, Team HisWattson, won the entire tournament which was worth $7,500.

It’s not the first time, Taxi2g draws attention. In the beginning of 2022, Taxi2g was banned for about a month for abusing the ult-dash glitch which enables you to fly around the map.