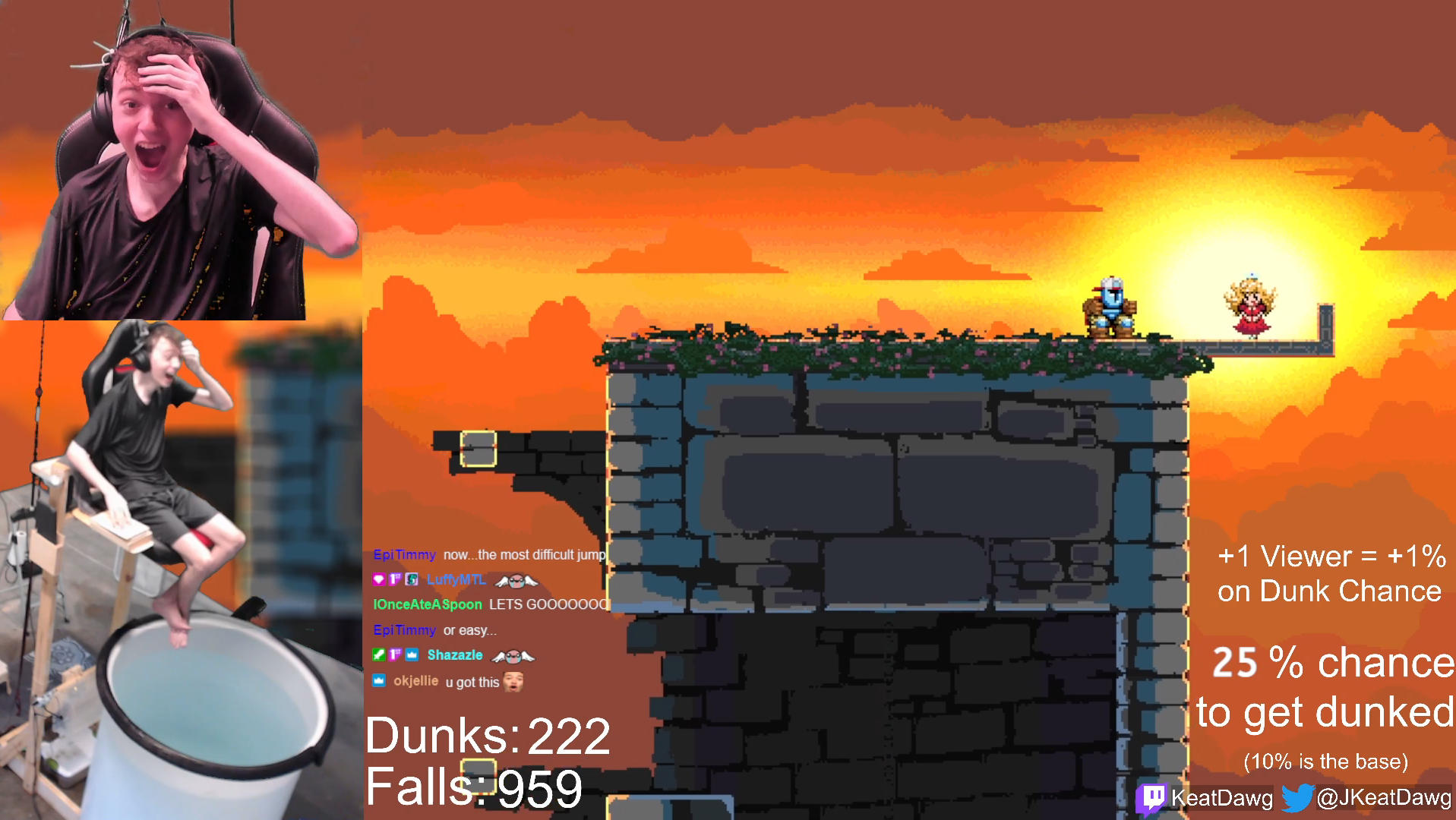 Making it on Twitch is all about standing out from the pack. Nobody is going to click on just another streamer playing just another game.

As Twitch grows, more and more people come up with unique ways to get attention – some more wholesome than others.

KeatDawg only has 395 followers on Twitch, and he gained most of that in the last few days while streaming Jump King.

This wasn’t just a normal stream, though. KeatDawg hooked his game to a dunk tank, which had a chance to trigger every time he fell.

It’s a pretty funny take on Jump King – which is already a challenging game to start with.

Eventually, after nine days and over 200 dunks, KeatDawg was able to beat the game while playing from his homemade dunk tank.

If you’re a headphone user, here’s your noise warning. KeatDawg gets pretty emotional when he finally wins.

It’s a pretty wholesome moment – and clearly meant a lot to the growing streamer.

This is the kind of ingenuity and outside-the-box thinking that should be rewarded on Twitch.