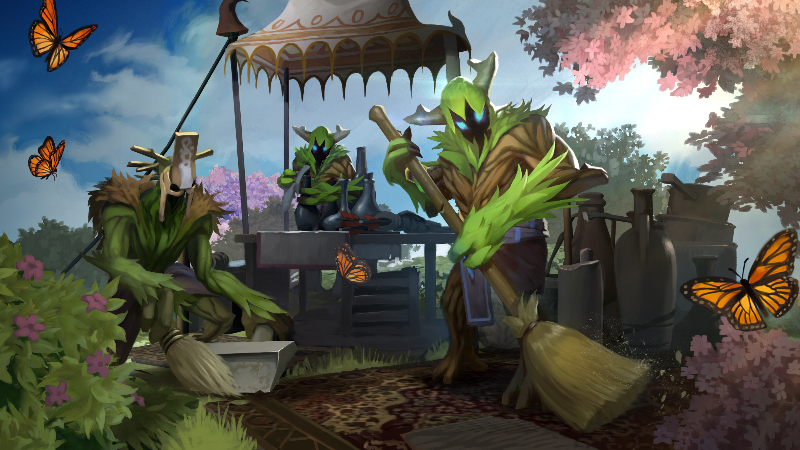 Swords have been swapped out for brooms and the barracks are being sweeped up.

While most of the update is focused towards making Dota 2 look more clean, there's three important gameplay fixes that caught our attention:

The rest, as usual, can be found here.