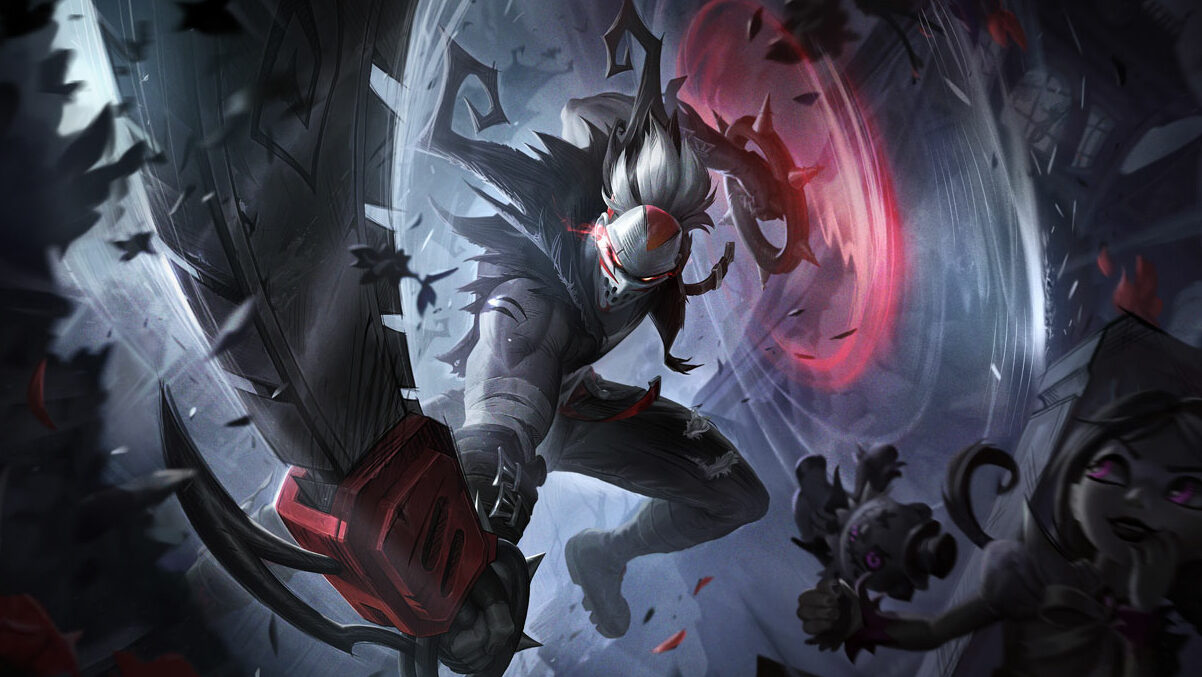 Spooky: All Fright Night skins coming to League of Legends

What might turn out the be the best skin line of 2022 is right around the corner, as Riot Games has fully revealed the Fright Night skins.

After revealing the skin line last month during the LoL Pls video, the Fright Night skins have been heavily discussed but also something that fans have, yet anticipated. The skin line makes up for the Gothic rework that fans voted for at the beginning of the year. The Gothic skin line was in heavy need of a rework to keep up with modern LoL standards, and here it is.

In come six spooky new cosmetic skins right out of a horror movie for Annie, Draven, Urgot, Nautilus, Renata Glasc, and Trundle. The skin line has a visual style we haven’t seen before, making these skins some that players will likely stand in line to purchase.

Grab your popcorn and prepare for a Fright Night

We already had a feeling that these skins would be fire from what was initially shown, but these Fright Night skins surprised us regardless.

Not only is the visual style excellent, it’s also clear that Riot has put in a lot of work to make these skins and give each of them unique references to scary movies. A chainsaw skin for Draven is one of the most obvious ones, while the Renata Glasc skin seems super creative for a champion that most probably wouldn’t expect to see in a skin line like this.

After a dry streak of skin releases, Fright Night also seems to be where Riot can redeem itself. The community’s feedback so far has been great, as everyone seems to love the concept and the potential for future releases. They will still need testing on the Public Beta Environment (PBE), but it would be a surprise to see them getting changes a whole lot.

Which champions are part of the Fright Night skin line?

As for how they look and the artwork available, here is what’s currently available: (videos are courtesy of the SkinSpotlights channel on YouTube)

Annie was a part of the original Gothic skin line, but she is getting a revamped look in Fright Night. Yet again, she is the creepy child that you fear seeing in every scary movie. Also, Tibbers is straight nightmare fuel.

In relation to the Annie skin, Urgot acts as this scary movie’s big doll monster from hell. If Tibbers wasn’t scary enough, then Urgot should do the job with his dark purple theme.

Nautilus wasn’t originally revealed in the LoL Pls presentation, but his skin is a pleasant welcome. He has some similar colors to the Renata Glasc skin as Riot included them both in the same splash art.

Renata Glasc is the Fright Night skin that no one knew they wanted, but we definitely all want it. It’s creative, and its incredible colors and effects will take your breath away (and turn your opponents against each other, which is also spooky).

The Fright Night skin line concludes with a scary troll, of course, it’s Trundle Voorhees. He is equipped with a big axe and looks like something that would come straight out of a haunted mansion. Some Trundle skins present him in a goofy way, but this one doesn’t.

The Fright Night skins will hit the live servers alongside Patch 12.18 on September 21.

Your skin game has been a bit off lately, Riot, but these are a homerun. Good job!