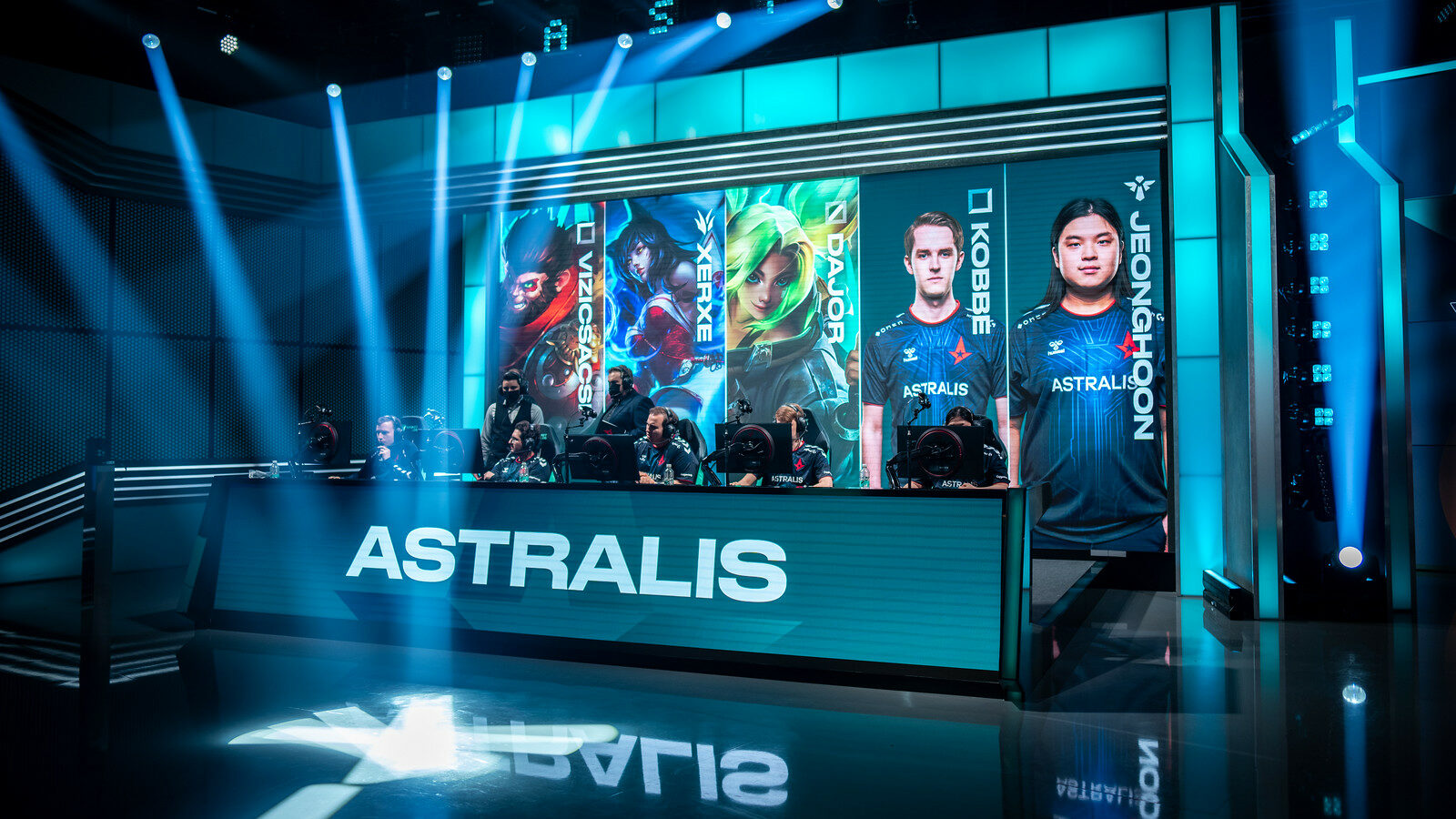 What will happen to the spot?

Astralis are preparing for the 2023 LEC season: according to sources close to Jaxon, the organization is negotiating with some of their current players. Top laner Kiss “Vizicsacsi” Tamás, jungler Andrei “Xerxe” Dragomir and Kasper “Kobbe” Kobberup’s contracts are expiring on November 21, 2022, and Astralis are exploring possibilities of extending some of the deals.

What does it mean for Astralis’s LEC spot and the rumors surrounding it?

The future of Astralis’ spot remains unknown. According to Brieuc “ LEC Wooloo” Seeger, Astralis were considering offers for the LEC spot, with two of the buyers being Karmine Corp and NAVI. A sale hasn’t been confirmed so far; also, there could be new buyers on the market, according to recent rumors

With its current contract negotiations, Astralis is preparing for every possible scenario ahead of the 2023 LEC season. In case of retaining the spot, the organization would’ve secured a starting five for the season and would avoid a last-minute scramble to assemble its roster. However, nothing has been signed pen-to-paper yet.

What happens to the contracts in case of a franchising spot sale?

When an organization sells its spot in a certain league, contracts are usually voided. However, if the player consents, the buyer can take over their contract. It’s up to the buyer to engage in talks with the contracted players, and if an agreement is found, both parties can draft and sign new contracts.

As of now, there are two players whose contracts with Astralis extend beyond 2022. Both Lee “JeongHoon” Jeong-hoon and Oliver “Dajor” Ryppa’s deals expire in 2023. Additionally, coach Baltat “AoD” Alin-Ciprian‘s contract also expires Nov. 2022. Whether they remain on the roster will depend on the spot sale situation and whether an agreement is found with another team.

If a verbal agreement occurs between the players and the club before an eventual LEC spot sale, those agreements could be considered void.

On August 9, 2019, Astralis and Origen moved to Astralis Group, which split from RFRSH Entertainment. Later, Astralis Group announced the merger of all esports activities and teams under the Astralis brand, including Origen.

Although they rebranded as “Astralis” and started competing in the League of Legends European Championship (LEC) in 2021, the change was only a branding one in nature as Astralis bought Origen before the 2019 LEC season.

So far, Astralis haven’t enjoyed much success in the league under their current brand. With a total of four splits, the highest finish of the organization is seventh place, and the lowest tenth.