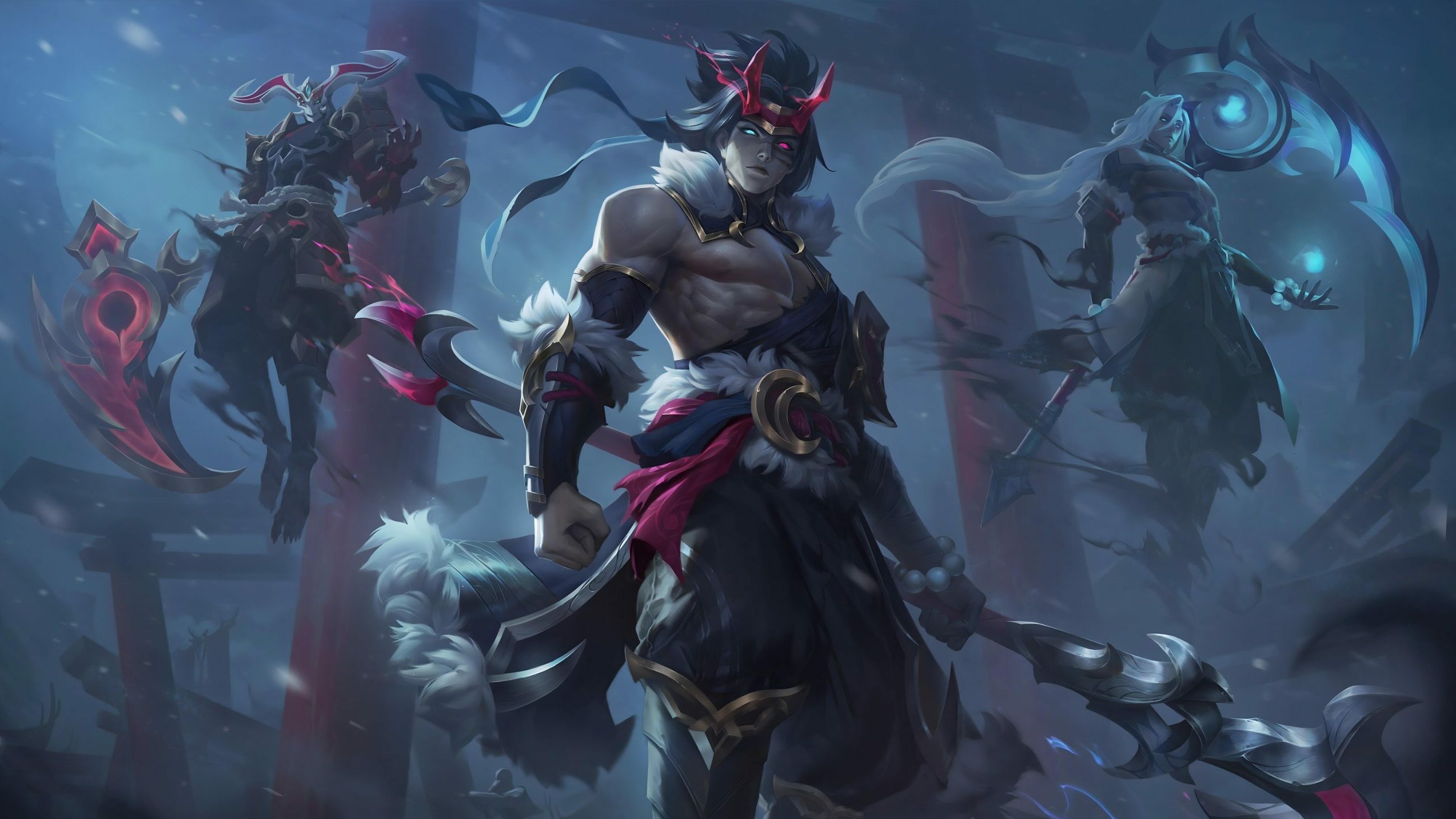 It might feel a little off-theme to many considering this part of the year, but Riot is bringing a snowstorm to Summoner’s Rift soon with the new Snow Moon skin line.

A line that looks to be a new iteration of the well-known Blood Moon skins, which have been fan favorites ever since they were released.

The new Snow Moon skin will take that line in a new direction, including cosmetics for Illaoi, Caitlyn, and Kayne in this first set.

The skins will showcase the champions in a new cold, windy theme, with blue and grey colors. All three will see their abilities change with new effects and have their own unique recall animation.

Kayne might be the most noticeable skin, as he will naturally be changing into different forms to get different looks.

When changing form, Kayne can turn into a red-themed Blood Moon Rhaast or stick to the stormy snow team through his Snow Moon Kayne form.

Whatever Kayne players choose this skin, there is no doubt that they will be flashy on Summoner’s Rift and potentially make the opponents poop their pants a little.

Time for a bonus: Welcome Ashen Knight Pantheon to the Rift

If three brand new skins weren’t enough to empty your pockets, Riot is also bringing a new skin for Pantheon, who will be joining the Ashen Knight skin line.

In a skin line that already has Pyke represented, Pantheon will join the ashes and get his own evil skin that showcases him in the darkest ways.

What will make most people’s eyes pop will likely be the animation of Pantheon’s ultimate, where he spreads his wings before a heavy landing: it’s not the time you want to stand in his way.

The new skins will be available for testing on the Public Beta Environment (PBE) before their expected release with patch 12.12 on June 23.