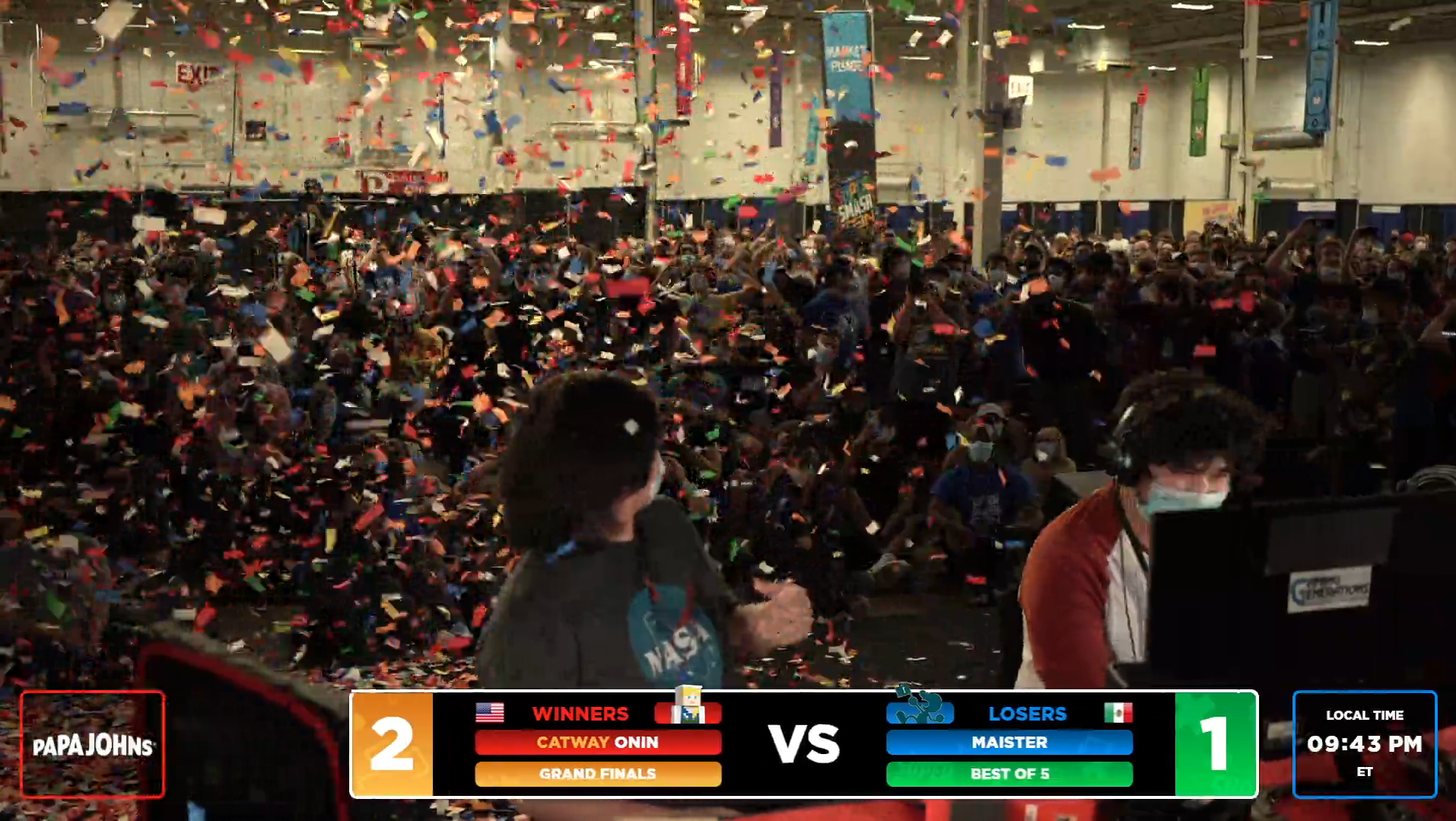 Super Smash Con wrapped up this weekend with tournaments for Ultimate, Melee, Brawl, and more highlighting the event.

These were all solo tournaments, that saw some of the best Smash players in the world competing in their desired game.

It was during this main event of the Smash Con Ultimate tournament that a hilarious miscommunication happened.

In response to audience excitement after one round win, the production team triggered the confetti cannon way, way too early.

The mistake was triggered by the massive crowd response, which requires a bit of context to understand. Minecraft’s Steve is seen as an overpowered character in the Smash scene – so much so that Onin’s Twitter @ is “BanStevePLEASE.”

Instead of complaining, though, Onin joined the dark side and will presumably use Steve until he’s banned from competitive or nerfed.

Maister, Onin’s opponent, was using Sora. After finally winning a game against the powerful Steve character, the crowd went absolutely wild – giving it up for the underdog.

Unfortunately, that signaled to production that the series had ended – prompting them to trigger the confetti cannon. The funniest part of all of this is that Onin, the Steve player, ended up winning the series after the blunder by production.

It's so funny to imagine a dude sitting behind the production desk, distracted by something silly - only to snap back in when he heard the audience react and reflexively hit the confetti button.