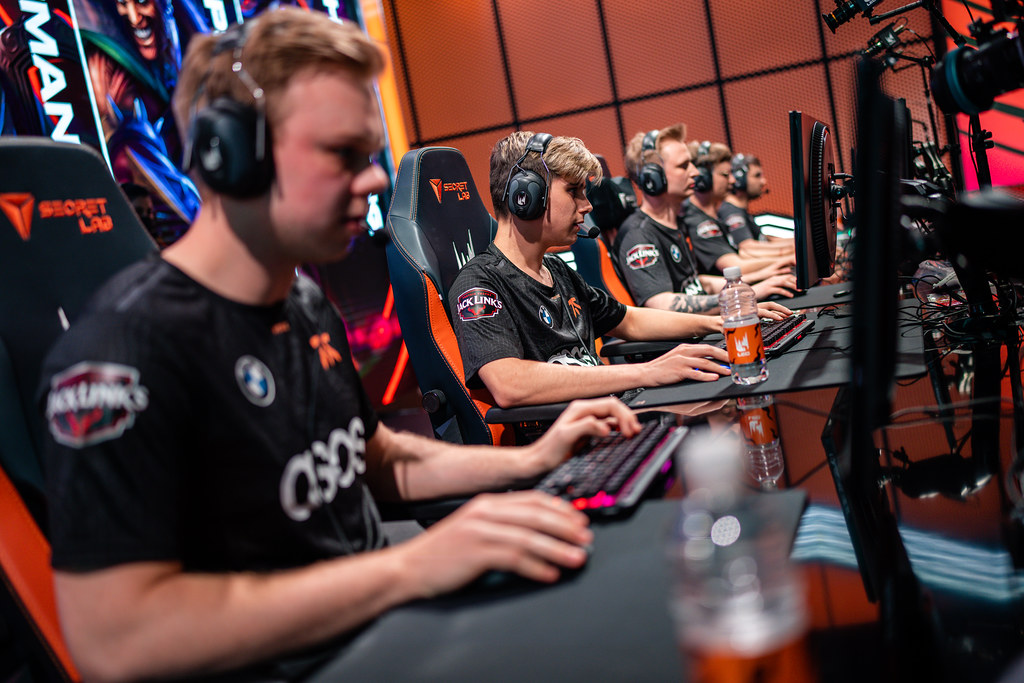 History can be made

Shocking: Fnatic can miss the LEC playoffs for the first time

Who would have thought that many LEC fans’ beloved “superteam” would be walking on thin ice, and that it’s make-or-break for them? Since the start of the LEC 2022 Summer split, Fnatic has looked inconsistent, especially after the summer Week 2 break.

Fnatic’s issues seem unfixable, and the clock is ticking. Even if Fnatic wins the remainder of their games, there could still a world where they miss the playoffs.

Of the 19 regular splits in the history of the LEC and EU LCS, Fnatic has never missed the playoffs. They are the only team to participate in every split since the league’s creation, and the only one to make all playoffs. However, they are on the verge of making history in a bad way.

Fnatic struggled throughout the 2022 LEC Spring split, but they were never in such a bad position as they are. After stumbling to eighth place in the league on Week 7, the odds that they make the LEC playoffs are only 31.96%—lower than Excel Esports’ 35.69% and Astralis’s 37.09%.

Back in Summer 2020, Fnatic were in a similar position. Although they had a negative record, they did clutch it in the end and even made top 4. However, their record back then was 9-9 and now, that might be not enough even for playoffs, let alone top 4.

The Odds are against Fnatic

Although there are plenty of scenarios where they make the playoffs, the chances are very low. It is inevitable that Fnatic will miss out on the Top 4, unless Thanos can help with his reality stone to shift reality and provide them with the solutions to their problems.

The battle will be between Fnatic, Astralis and Excel Esports. Fortunately for the fans, there will be a direct game between Fnatic and Astralis—which could be the deathblow.

If both Fnatic and Excel finish with the same record, the latter will have the upper hand due to winning both games from the regular season.

Also, let’s not forget about SK Gaming and Gilius, whose chances after tiebreakers stand at a whopping 9.01%—as if Gilius needed more fuel for another miracle run.

Fnatic have their backs against the wall. Their best outcome, if they win every game, is unlikely given how heavy the task is considering their form. More realistically, they will have to pray for someone to defeat Excel Esports, so they can place higher than them in the standings. Excel’s remaining games are against SK, Astralis and Rogue.

Fortunately for Fnatic, Rogue is aiming at the higher positions in the standings and they will make it hard for Excel. Undoubtedly, Fnatic fans will become Rogue fans for a while.

If this is the “easy” path, then you can imagine what can happen this superweek. We are all set for an amazing adventure.

It’s insane that we are talking about one of Fnatic or Astralis making the playoffs. One is the superteam of Europe, the other is  memed for its low place finishes. I guess times change.

No, we’re sending the Teletubbies—I mean, SK Gaming—to the playoffs. I will not have it any other way.