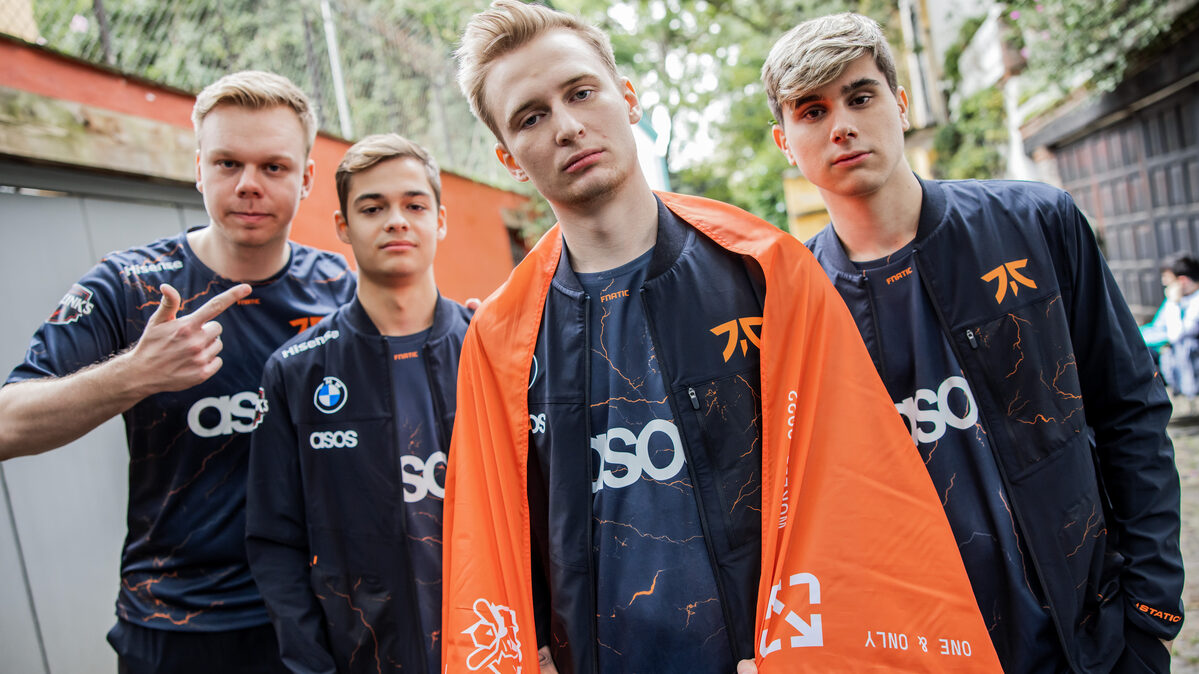 Fnatic debuted on the Worlds 2022 play-in stage with a win against Evil Geniuses. After multiple delays and pauses, the European team was dominant throughout. Despite the game being close at first, the battle of EU and NA’s 3rd seeds ended with a win for Europe.

Jojopuyn on why Evil Geniuses lost to Fnatic

Despite losing the game, Joseph Joon “jojopyun” Pyun joined the broadcast for a post-game interview, where he shared his takeaways from the game against Fnatic.

“I have to watch the game again, I am not too sure what happened,” Jojopyun said. “I don’t think we played as well as them, obviously. I have to review the game and see.”

EG also were unaware of whom they would be facing in the bottom lane. Fnatic were supposedly set to start with Bean and Rhuckz. However, after a negative COVID test, Upset was allowed to travel to Mexico. Fnatic immediately released a statement on the matter, for which EG thanked them as they could prepare earlier for the change. But it was not enough.

“We knew for a while that Hyllisang wouldn’t play, so we prepared that already,” Jojopyun said. “But, when they announced that Upset would be playing, we had to change our play style. We know that he really likes to be strong-side and get all the resources, while Bean doesn’t do that. We tried preparing around that but obviously, it didn’t work out as it should have.”

A one-sided stomp from Fnatic

The game was so one-sided, that even the Reddit moderators decided to make the League of Legends subreddit private.

People doubted Fnatic due to their Worlds 2022 situation, leaving them without any practice. It was “panic mode” from the fans, who had no idea who would play two days before the tournament. Due to the extreme situation, Fnatic was allowed by Riot to bring an additional substitute in Rúben “Rhuckz” Barbosa alongside their current substitute player Louis “BEAN” Schmitz.

However, Elias “Upset” Lipp successfully caught the last possible plane to Worlds 2022. Despite the supposed jet lag, he was able to show up big time and showcased that EU still has the upper hand over NA.

Apparently, the less you scrim, the better you do. Let’s see if that becomes a trend for Worlds 2022.

Rhuckz showed up big time for Fnatic at Worlds 2022

There were no expectations on Rhuckz as he was a Worlds debutant and an emergency call-up. However, he wouldn’t let this opportunity slip that easily. Rhuckz was one of the main reasons why Fnatic won against Evil Geniuses today. His positioning was on point for the whole game, and he even finished the game deathless.

Despite meeting just a couple of hours ago, Upset and Rhuckz’s nailed their synergy in the bottom lane. The 2v2 was strong and almost as if they have been playing together for a while.

“When life gives you lemons, make lemonade,” or so the saying goes.