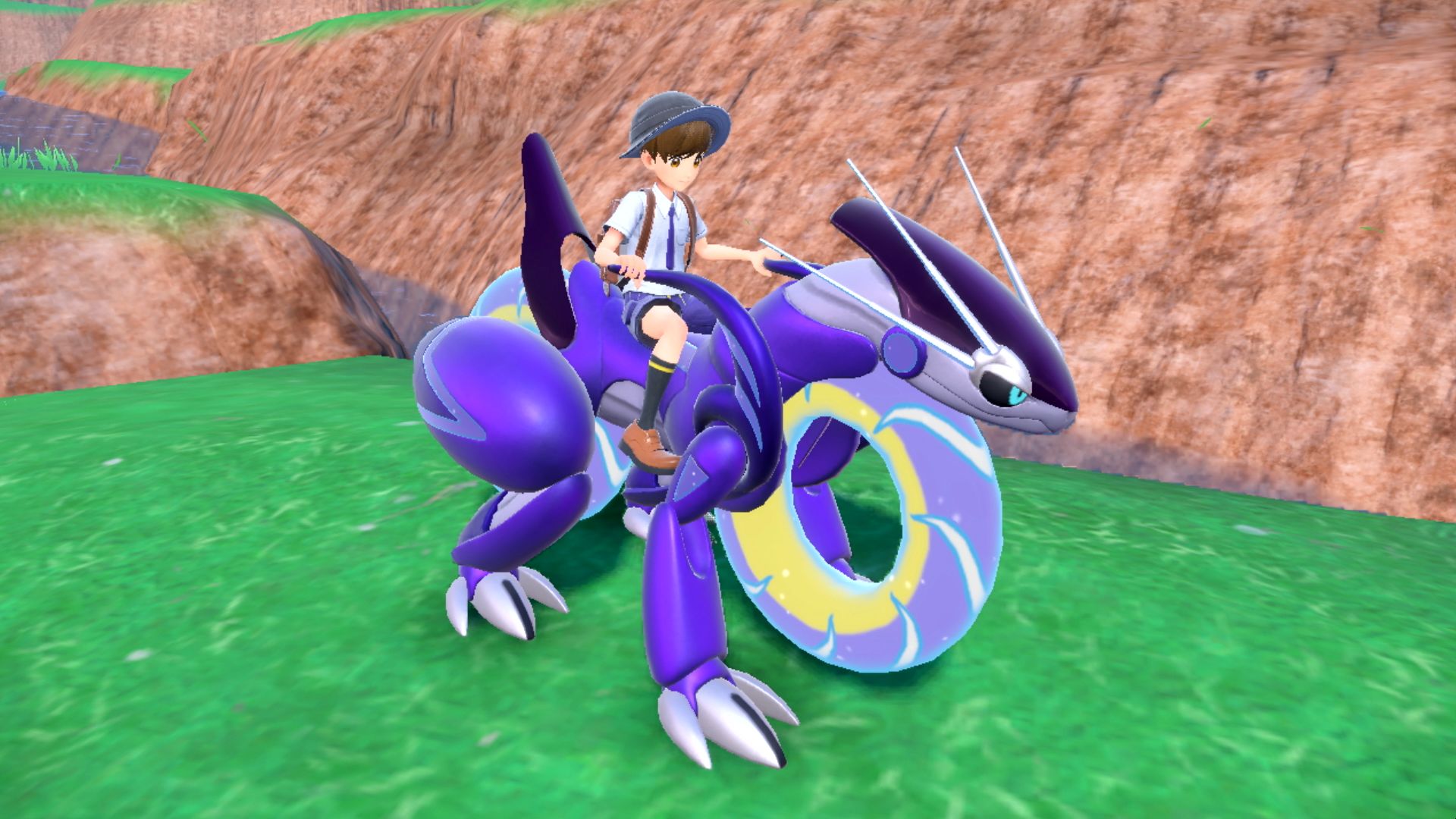 During today’s Pokemon Presents, the company revealed a bunch of new details about Pokemon Scarlet and Violet alongside releasing a new trailer.

The latest info dump includes new Pokemon, a transformation called Terastallize, and the name of the new region: Paldea.

The first new Pokemon unveiled was Fidough, a Fairy-Type that looks like a dog made of numerous pieces of bread.

We also met Cetitan, an Ice-Type that looks like a whale that sprouted legs and left the ocean. The third and final new Pokemon was Paldean Wooper, a Poison/Ground variant of the existing Pokemon.

The trailer also revealed a new mechanic called Terastallize. It sees Pokemon temporarily grow a crown-like jewel on their head that causes their body to shimmer. This phenomenon changes the Pokemon’s type to one of the 18 options.

We also learned more about the game’s legendary mascots, and you won’t have to wait long to get them. The reason? The duo can change form into different forms of transport to help you travel across the island, whether you’re scaling mountains, sailing across the water, or gliding through the air.

Pokemon Scarlet and Violet’s new trailer also shed some light on playing with friends. Using the new feature Union Circle, you and three other players can walk around the game world together. You can also participate in Tera Raid Battles and trade Pokemon.

And that’s all the new details from the latest trailer. Pokemon Scarlet and Violet will release on November 18 for Nintendo Switch.