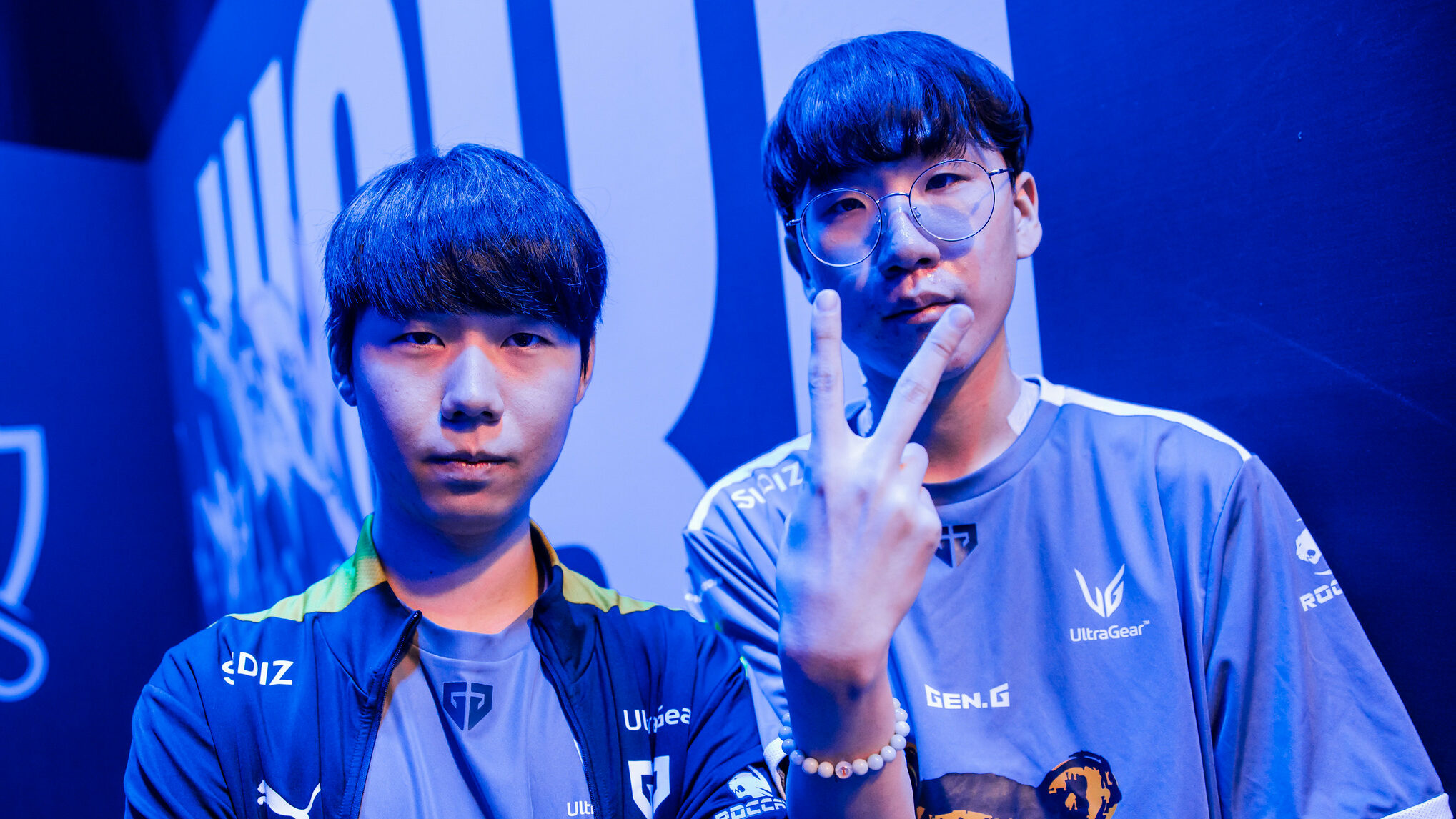 One of the best bot lanes in the world could be heading to the LPL for 2023 as, according to LNG mid laner Kim “Doinb” Tae-sang, Gen.G’s former bot lane of Park “Ruler” Jae-hyuk and Son “Lehends” Si-woo are reportedly heading to a new region.

On a recent stream, Doinb said that the two countrymen could be joining the LPL. Ruler and Lehends played together on Gen.G in 2022, reaching the Worlds semifinals, where the winners, DRX, knocked them out.

After one of the most dominant domestic performances, they also won the 2022 LCK Summer Split. The two would be a golden signing for most teams, as it remains unknown which LPL team(s) want them.

Eyes on Ruler after Gen.G departure, Lehends could be next

As per Doinb, the duo “may join LPL next season,” and the team isn’t EDward Gaming—which some might have expected considering all the rumors this offseason. He didn’t disclose who the interested team is or if there is more than one. He teased that he would tell the team, but fans didn’t get the juicy info right away.

We already knew that Ruler is heading to a new team next season after his official departure from Gen.G earlier this week. After the announcement, Gen.G COO Arnold Hur said that Ruler himself asked to explore the free agency market and was allowed to do so.

It’s yet to be official if Lehends will follow his partner in crime, but according to Doinb, that is likely. None of them have played in the LPL before, so exploring the region would be exciting for the fans and for the duo.

We all know that Koreans in the LPL tend to be good, but also that the playstyle and environment can be very different.