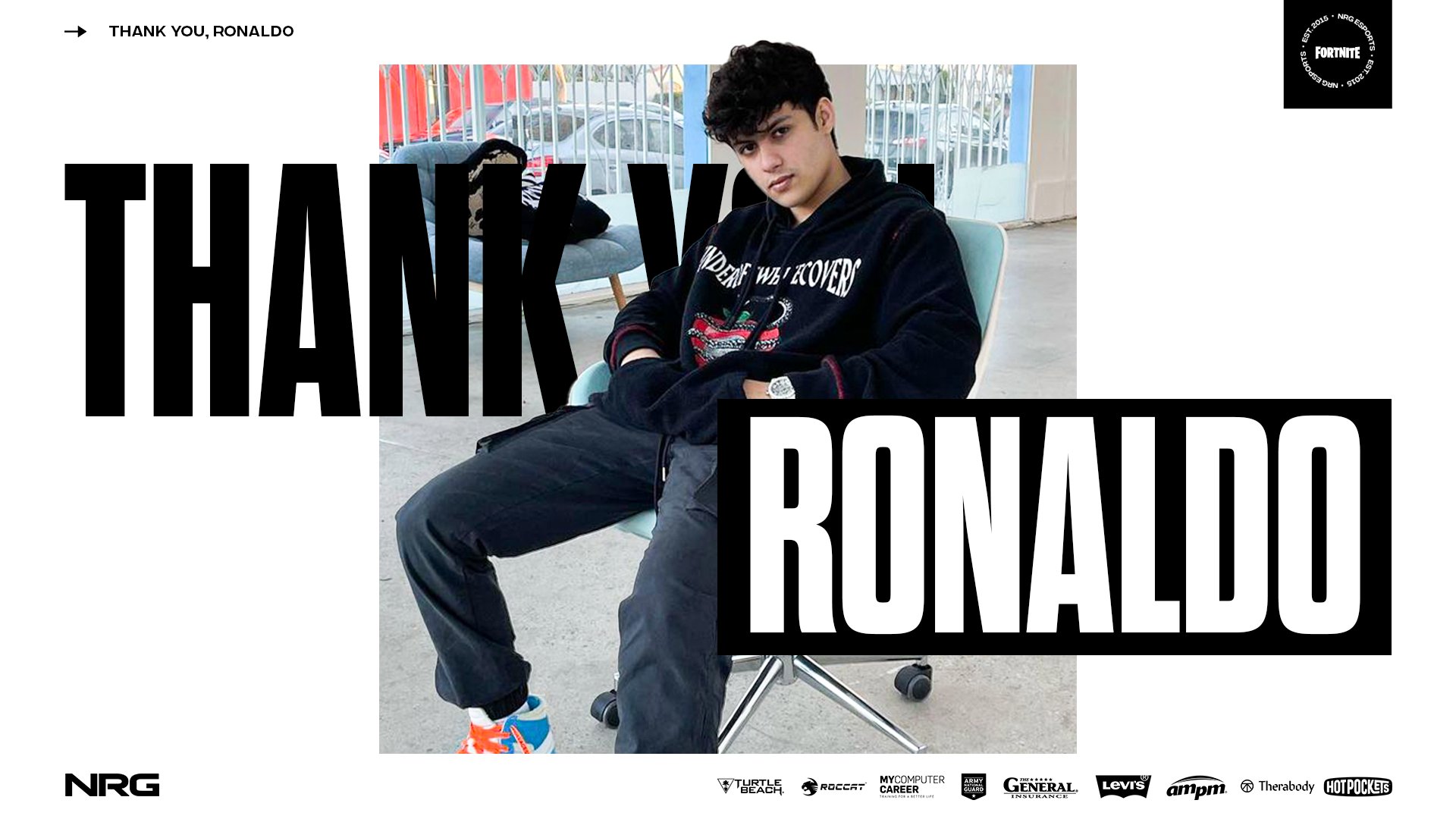 Fortnite pro and growing streamer personality, StableRonaldo, announced on Twitter that he would be leaving his organization, NRG.

Ronaldo revealed the move before hopping on stream and confirming that he left his contract early.

According to Ronaldo, NRG was understanding, and the move came down to "not being on the same page."

On stream, Ronaldo didn't get into any specifics about why he left - only confirming that it wasn't a money issue.

He also teased an announcement that will likely coming the next few weeks, saying, "I've never been this happy in my life."

Fans have been speculating as to what caused this split, with most assuming it has to do with a lack of recent stream hours.

Other suggest that he wants to branch out from Fortnite - citing his recent interactions with people like Mizkif, Trainwreckstv, and other "Just Chatting streamers."

Today we say farewell to @StableRonaldo. Thank you for everything you contributed to the #NRGFam💜 pic.twitter.com/M8a1ehfM2o

We're excited to see what's next for Ronaldo. Out of all of the young Fortnite pros, he's always had one of the most transcendent personalities.

Although he's now without an org, Ronaldo hasn't been competing in Fortnite for a while.

It seems like the future is brighter for him outside of Fortnite than within the community.