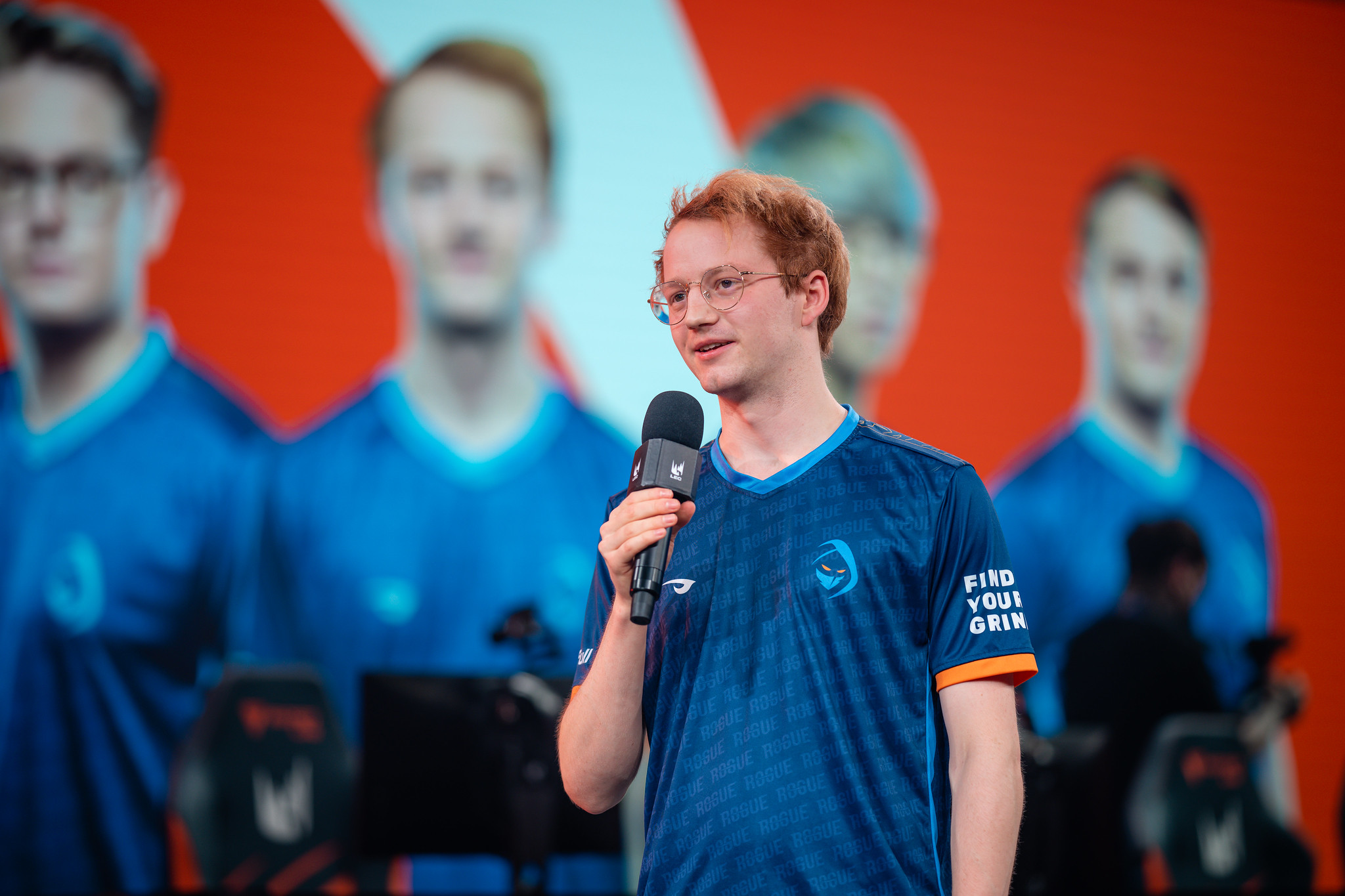 I need a minute to catch my breath.

That game looked completely doomed for Excel after some excellent skirmishing early on from Rogue, including one of the highest value Gangplank ults you’ll ever see.

Rogue were miles ahead going into the mid-game, to the point where Malrang thought he could 1v1 Ahri.

As Jarvan. The champion famously countered by movement.

It was clean from Nukeduck, but maybe you shouldn’t pick Jarvan into Ahri and Zeri.

Rogue were still comfortably ahead, and picked a fight in the enemy jungle with a clean Jarvan engage onto four, and popped Rakan immediately. As Markoon flashed away, it seemed like a won fight.

But you can’t beat Rogue Time.

Excel took the first Baron of the game, and for the first time, had a gold lead. All they had to do was not all die, and push towers.

They just all died.

They out-Rogue Time’d Rogue, and their lead collapsed as quickly as it was gathered.

They still had Kayle, though, and 16 was looming. The game was probably going to come down to a final Baron.

Rogue executed to perfection, with the Gangplank ult separating the frontline from the backline and Kalista free-hitting, Rogue closed out the game in the way they should have done 10-15 minutes before.