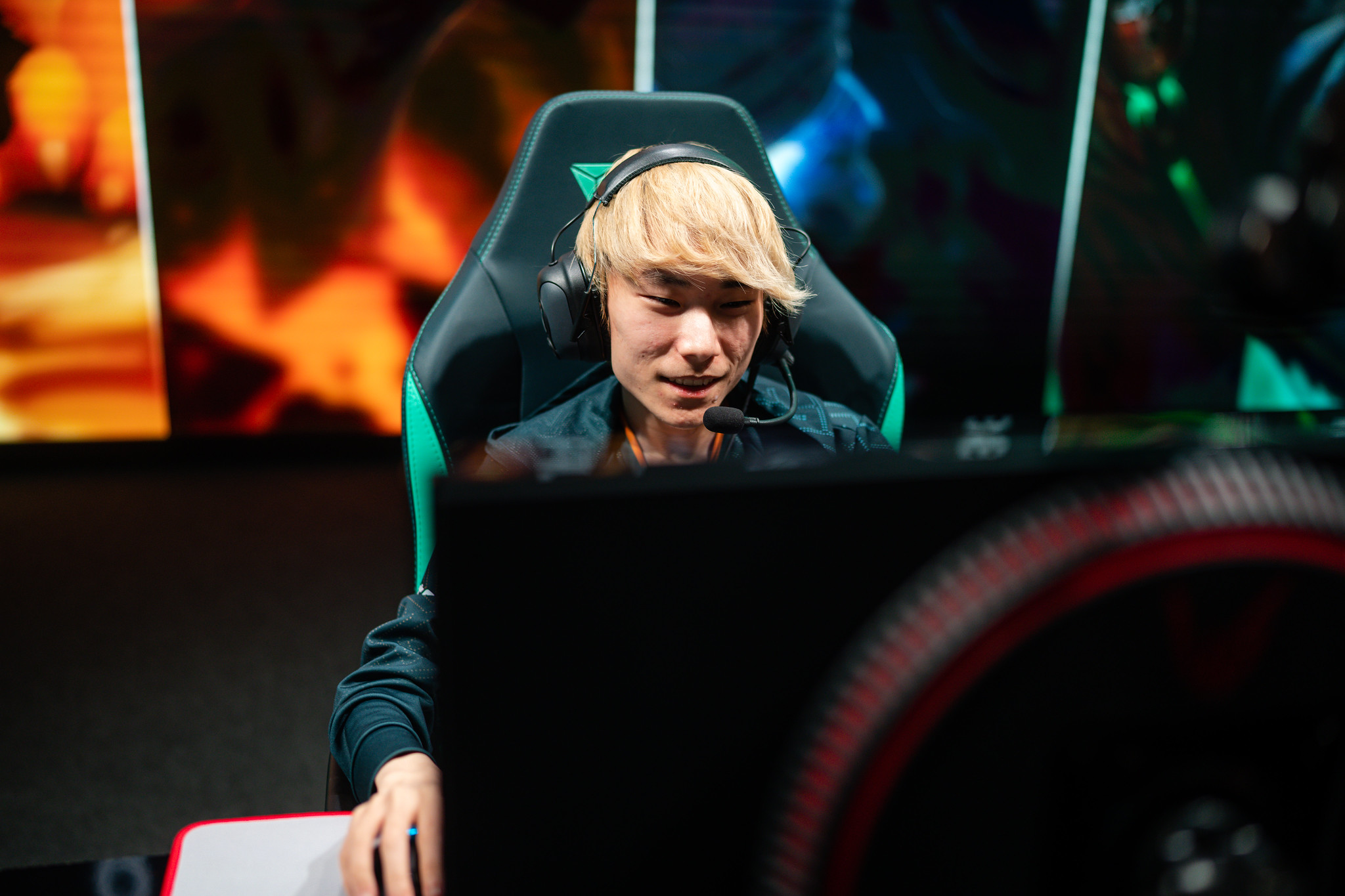 2022 LEC Playoffs: Rogue too stable for Misfits, others to beat in Bo5

As predicted, Rogue is far too stable to lose in fluky ways in Bo5s.

Gone are the days of the pushover playoff Rogues: Misfits fans have discovered that this team is the real deal. No amount of mid-game playmaking could save Misfits from early-game Malrang. No amount of fan prayers or hopes could help Misfits prevent an inevitable shutout.

The resulting play in that 3-1 series was so one-sided that our writers, Adel Chouadria and Yohan Markov, agreed: we need a Church of Malrang.

To Misfits’ dismay, Summoner’s Rift belonged to Malrang and Trymbi—especially Malrang. Ascending to a level of omniscience unknown to European jungler, he sprang to save his teammates from Misfits’ ganks or doled out his own at a moment’s notice.

In Games 1 and 2, Malrang activated the wrench that broke Misfits: the unexpected strong-side top. During the season, Odoamne usually played weakside to provide his teammates agency in the early and midgame, but Rogue flipped the script upside down.

That aside, that Game 3 draft needs a quick review—preferably with laughs and some bevvies, as the blind R2-Jayce and seemingly informed R5-Kai’Sa picks were quite damning. At least, we have this gem of a reaction from Larssen.

Yohan, on why Rogue are a truly legitimate contender:

As shown by their amazing macro, Rogue came prepared. Gone are the playoff chokers: my prediction for a clean 3-0 sweep almost aged like a fine wine. Can we just forget about that Game 3 incident and the Kai’Sa pick?

What surprised me the most was how top lane turned from an island to a continent. Early game top lane action almost became the norm there, and that’s where Rogue’s ascent began. Their execution was just on another level, and they have secured their fourth consecutive Top 3 LEC finish. Let’s see if they can finally get that much desired LEC trophy.

I really hope Razork and Jankos watched all games so that they can adjust their jungle pathing towards top lane. Malrang was the MVP of the series and it was quite deserved after the tent that he set over there. In fact, he was everyhwere, and his laners had no option but to succeed.

Let me give you a little throwback before the season started and how the fans reacted to the news that the substitute DWG KIA jungler would join Rogue, as illustrated by Ashley Kang:

Rogue signing Malrang seems kinda random and the type of move EU teams used to do back in the dark days of 2016-2018. Average (by LCK standards) Korean players moving to rosters that are average by LEC standards. Don't really see Rogue contending for top spots this year. How can

Misfits’ rookies were missing in action, turning a potential banger into a wet firework. Mersa and Shlatan took turns at enabling Rogue’s advance in Games 1 and 2—with Shlatan committing game-ending blunders in both at crucial points.

If anything, Game 3 provided relief. Instead of calling out the rookies for their no-show, we will merely lament that they did not have that level of experience on stage. No amount of EU Masters stage play could prepare them for this Rogue team.

Whatever strength they had at teamfighting was sapped as they faltered early and in the mid game. In Game 4, they crashed and burned at all levels—and, for once, Shlatan’s demise was unfortunate as Malrang “stole” Level 6, leading to a very different game.

For all the talent Vetheo, Neon and HiRit possess, they were unable to be activated, save for their dominant Game 3. At least, they knew how to attack a poke comp: during the laning phase, Vetheo and HiRit left no quarter to the solo laners, disabling Rogue’s composition altogether. However, for the most part, the series looked like this: