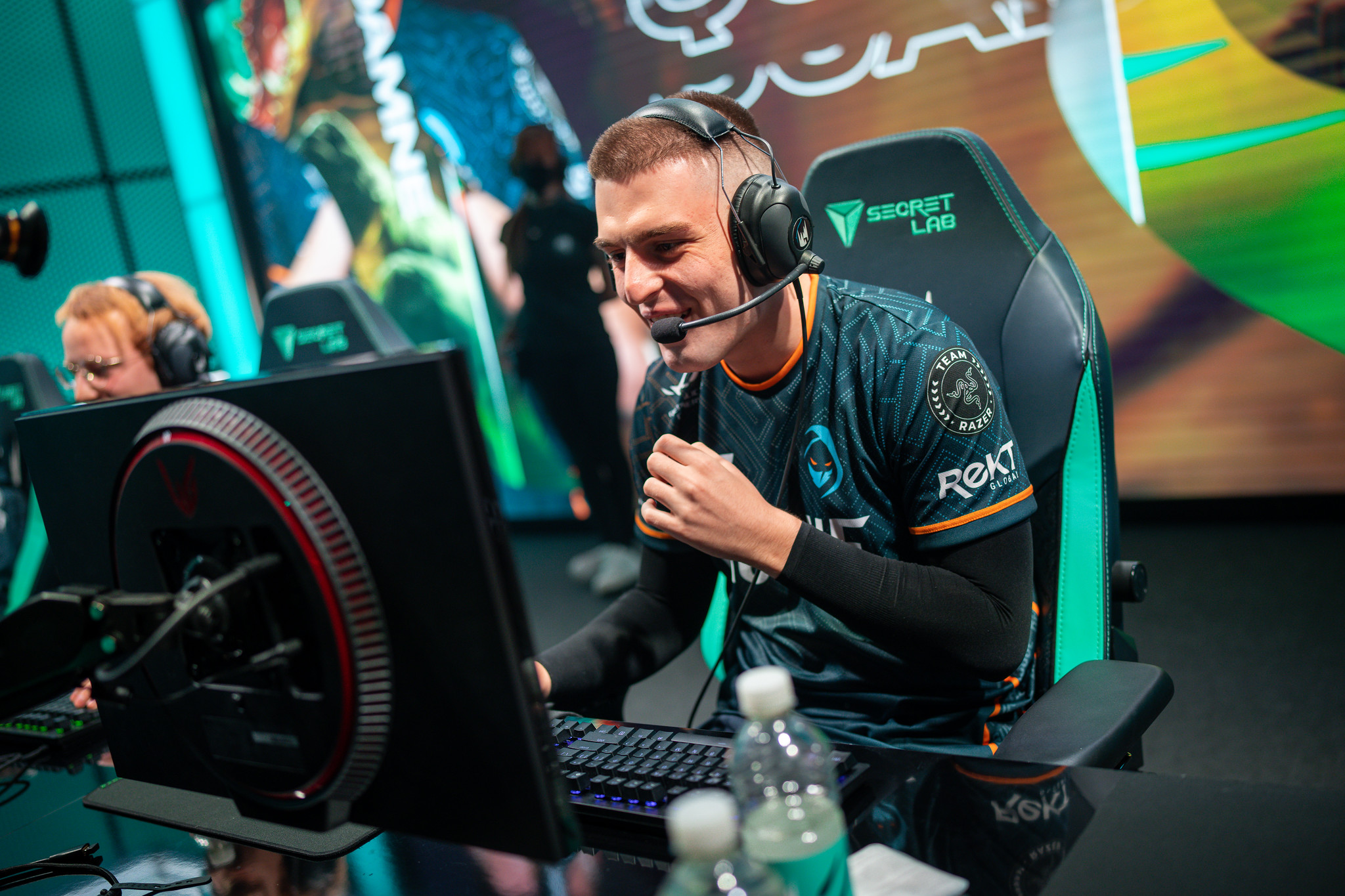 Rogue have defeated MAD Lions 3-2 in the first round of the 2022 LEC Summer split playoffs in a chaotic five-game series on Aug. 27. In addition to advancing to the next round, Rogue joined G2 Esports as the second European team to book a Worlds 2022 spot.

Despite featuring the new LEC MVP, Yasin “Nisqy” Dinçer, MAD Lions failed to win their first best of five series of the year. Although they were up 2-1 and had a 3,000 gold lead early in Game 4, they were unable to close it out, and Rogue recovered.

MAD Lions opened the series on a high note on Game one. Despite almost getting “Zeri’d” at one point, William “UNF0RGIVEN” Nieminen took matters into his own hands, going 10/1/10 as Lucian.

However, the Lucian-Nami bot lane combo didn’t work as well in game two. Rogue pulled out the big guns, with AD carry Markos “Comp” Stamkopoulos grabbing a Penta kill in the final teamfight of Game 2 on Sivir with Yuumi on his back.

MAD punched back in game 3 after punishing Rogue’s questionable draft with solid decisions. They continuously dove Comp’s unorthodox Jhin pick throughout the early game to bring themselves to match point.

For a while, it looked as if MAD were headed to Worlds as they led by 3k gold in Game 4. Yet, Emil “Larssen” Larsson put on his “carry pants” during a key teamfight and brought Rogue back from the dead with an outstanding Ahri performance.

The final, winner-takes-all, game was extremely back and forth. Rogue started strong early after MAD botched a tower dive, but MAD turned it around mid-game after winning a couple of fights. Just when everyone thought Rogue choked again, they pulled through and closed the game with Ocean Soul and Elder Drake.

MAD Lions had the upper hand on Rogue throughout 2021 after defeating them three times in the playoffs, including a painful reverse sweep in the 2021 LEC Spring finals. For once, Rogue didn’t choke: instead, they stepped up despite being in a very tough position.

Besides locking Worlds 2022 for the third straight year, Rogue have also booked their tickets for the LEC summer finals weekend in Malmö. Beforehand, they will have to face the winner of G2 Esports vs. Misfits Gaming in the upper bracket final.

MAD Lions will also patiently wait for the outcome of G2 vs. Misfits as G2’s win would send MAD to Worlds. Yet, if Misfits upsets the reigning champions, MAD will have to face either Fnatic or Excel for the final Worlds spot.