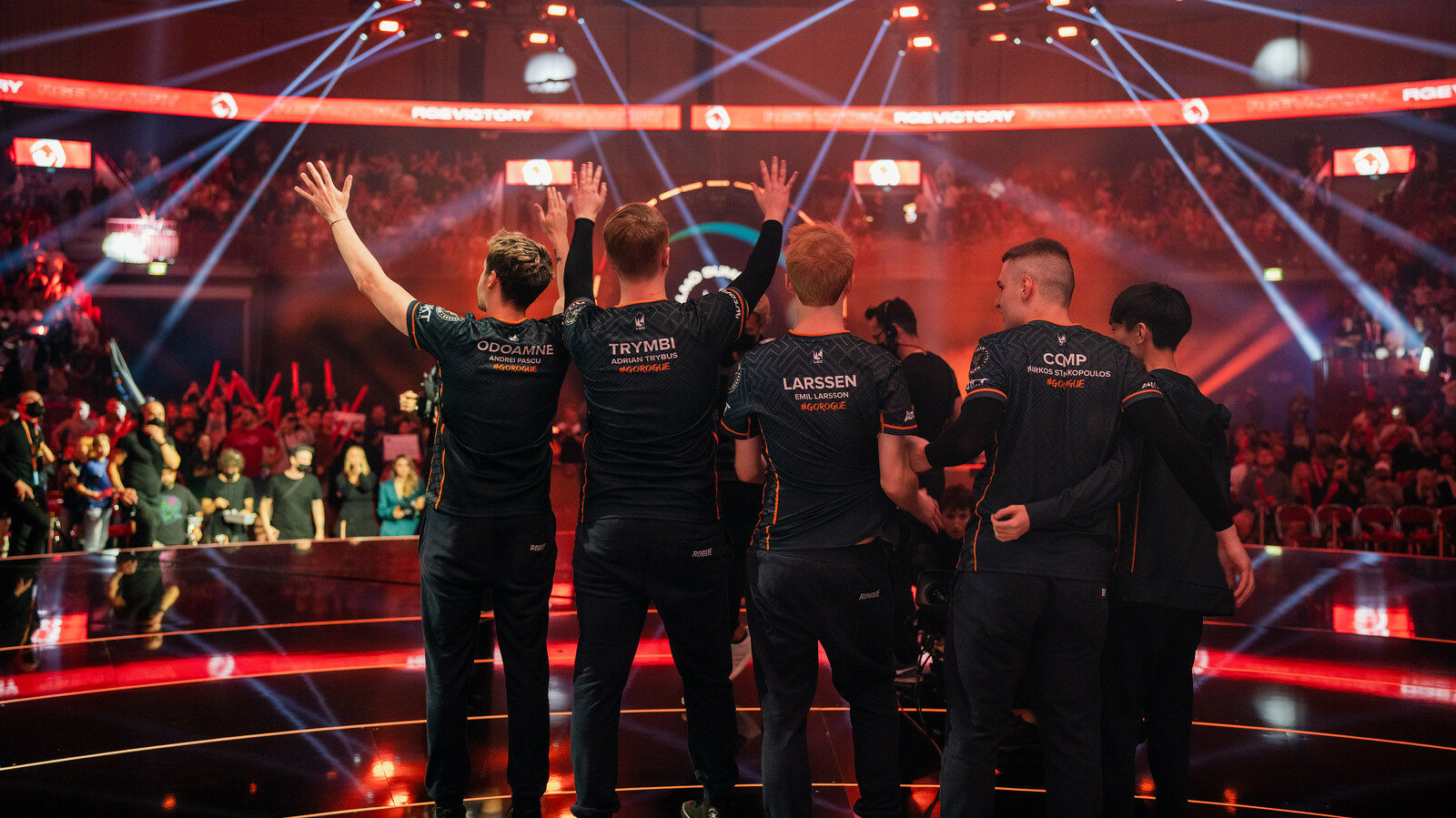 After defeating Fnatic in the 2022 LEC summer split playoffs, Rogue are heading to the finals to meet the defending champions G2 Esports.

Despite being considered an underdog, Rogue showed up big-time on the stage in Malmö and managed to completely outclass Fnatic in the series. Even though the first game was a disaster, Rogue held their nerves and won the next three games confidently.

After the triumph, Rogue had a press conference where the players answered multiple questions, one of which was about the upcoming clash against G2 and the outcome of that series.

Here is how each of the members responded to the question:

Comp: I’ll have to say 3:1, because most of the time we are running down the first game. As Larssen said, if we don’t have this game one and we perform like last game, it will be actually 3:0. You know, I will make it spicy and say 3:2 and Trymbi MVP.

Is third time the charm for Rogue at the LEC finals?

Rogue have lost their previous two finals in the LEC. They did come close to winning the title in spring 2021 but got reverse swept by MAD Lions. A year later, they had to face G2 Esports in the spring 2022 finals, but it wasn’t even close as they got outclassed 3-0.

For the first time in their history, Rogue will be playing a final in the summer split for the first time, and in front of the Malmö crowd— key differences both. Furthermore, the team qualified for the Group stage of Worlds 2022 and the only goal that remains is: Winning the LEC trophy.

So, whether the third time is the charm for Rogue, Odoamne had his say:

Odoamne: It was 3:2 and 3:0 before, so tomorrow is either a 3:1 or a dub for us. I am kind of collecting the 1 at this point. It’s important that we go on the other side where we don’t become overconfident.

“In spring 2022, that was one of the problems we had. We felt like we were the favorites and we would win. Definitely a more balanced approach for this one. If we keep the same level that we had today and prepare, I don’t see why it wouldn’t be Rogue getting stomped 3:0 and coming back to finals to stomp G2 3:0. That would be funny but I am confident, yeah.”

After beating Fnatic, Rogue have secured their place in the 2022 LEC final and will experience the atmosphere of playing a live event final. The game is set to begin on Sunday, September 11 at 17:00 CET / 8 a.m. PST / 11 a.m. EST. The winner will be crowned as the 2022 LEC summer split champion and secured the first seed from Europe for Worlds 2022.