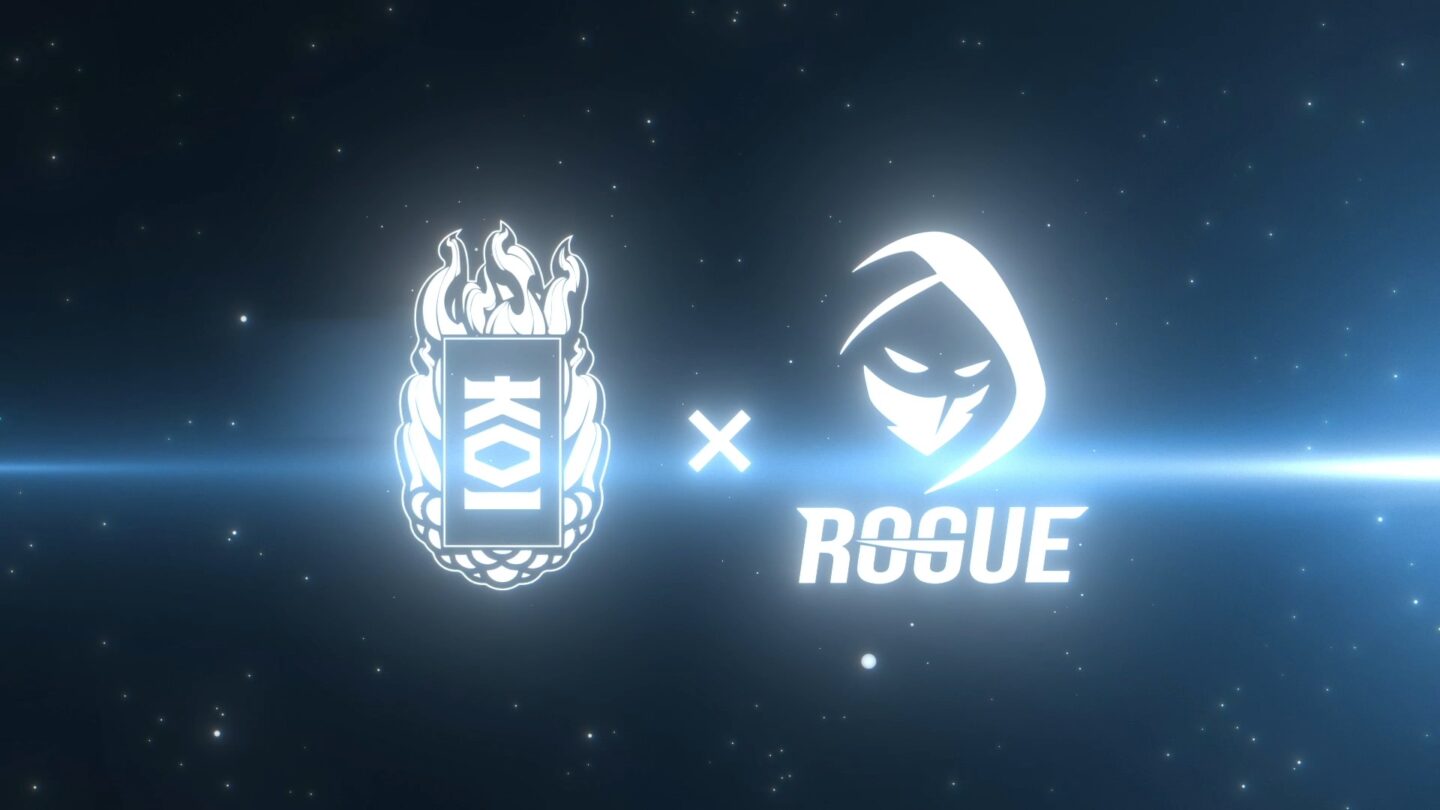 Rogue and KOI enter partnership, to operate under the KOI brand

International esports organization Rogue and Spain’s KOI have announced that they have entered a partnership on Oct. 6, months after the two organizations had allegedly closed a deal around the LEC spot. Unlike what was previously reported, Rogue and KOI’s deal is more akin to a merger: both are involved together.

The deal extends beyond League of Legends: KOI’s branding will apply to Rocket League, Rainbow Six: Siege, and, potentially, other content creators. The Spanish organization recently secured a VCT 2023 franchising spot in VALORANT, and Rogue will be part of the operation.

What does the Rogue x KOI partnership mean for the LEC team?

Other than wearing a purple KOI jersey instead of Rogue’s blue, Rogue’s infrastructure will carry over in the partnership. So will the contracts of Kim “Malrang” Geun-seong, Emil “Larssen” Larsson, Markos “Comp” Stamkopoulos, and Adrian “Trymbi” Trybus—all expiring in 2023.

However, KOI will have to negotiate a new contract with soon-to-be hot commodity Andrei “Odoamne” Pascu, Europe’s strongest free agent in the top lane come 2022 offseason. As the region has a shortage of strong top laners, Odoamne enters an enviable position as a recent LEC title winner and seasoned veteran at Worlds.

As for the fanbase, a Spanish tidal wave is about to crash upon the LEC. It is as if the LEC is turning into Spain’s highest League of Legends tier. As such, one must wonder how polarizing Team Heretics vs. KOI will be, and how many viewers will tune in.

How about the rest?

Rogue’s other teams will also don KOI’s purple including: Rogue’s female League of Legends squad, runners-up at the Equal Esports Festival Vol. 2.0 in Köln, Germany; the R6 squad that recently won the Six Berlin Major 2022; and the North America-based Rocket League squad competing in the RLCS.

KOI will also benefit from Rogue’s processes, which created several contenders across many esports titles, for their European VALORANT team in the 2023 VCT season.

As for the League of Legends academy team, nothing is clear. Indeed, Rogue have a well-established academy squad in Poland’s Ultraliga, whereas KOI have a solid fanbase in Spain.