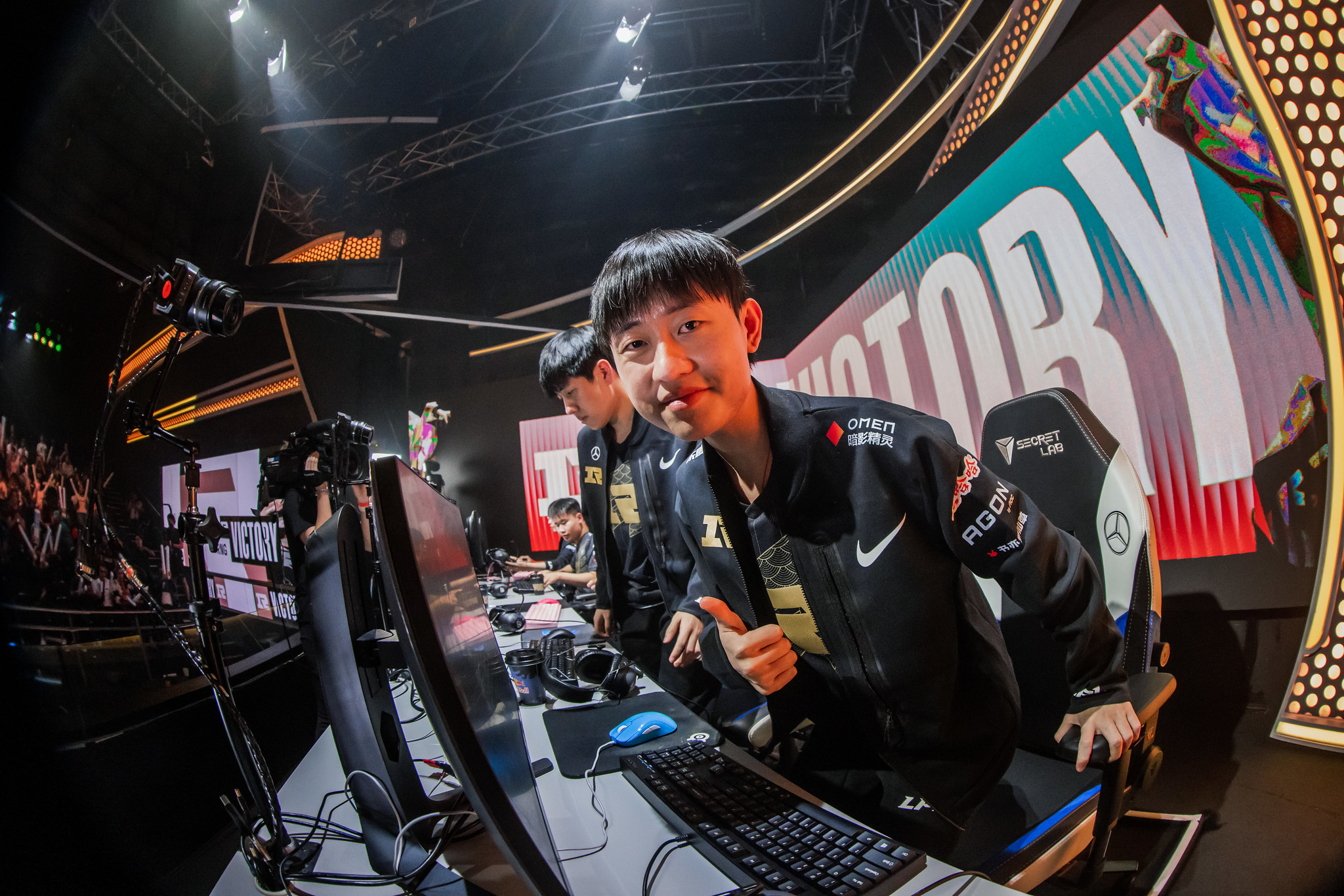 RNG Ming on 2022 Worlds title odds: “We are our biggest opponent”

Chinese powerhouse Royal Never Give Up (RNG) picked up two convincing victories on Day 3 of the 2022 Worlds Play-ins. The reigning MSI champions easily took down LLA’s Isurus Gaming and Turkey’s Istanbul Wildcats. They improved to a 3-1 score in group B, tied with MAD Lions in second place.

After the games, RNG’s legendary support Shi “Ming” Sen-Ming, spoke to the media about many topics.

The support commented on how positively the massive shift in bot lane meta affected RNG: “I can pick more engage options in the bot lane compared to the playoffs,” he said. “Champions like Amumu paired up with ADCs like Miss Fortune are very powerful, and it is more favorable for us compared to the Zeri-Lulu enchanter meta from playoffs.”

RNG is still heavily favored to advance to the group stage, despite dropping a game to DRX. However, Ming is very respectful toward his opponents and points out they need to be careful.

“I think all the teams at Worlds are super strong,” Ming added. “They all have their own strengths, and we need to be careful when playing vs. any team at the tournament. However, our biggest opponents at Worlds are ourselves.”

Can RNG find their MSI form? To Ming, the point is moot

As MSI title holders, RNG is expected to perform well at Worlds and contend for this title too. They lost their superstar top laner Bin in Summer, and the team needed to adjust to the new roster.

“We must reduce the mistakes and try our best to keep the momentum going in every game,” he said. “MSI is history, and we don’t want to give much attention to what happened back then. We need to find new answers at Worlds. We are not afraid of any outcome, and we just give our best in every single game.”

Ming also commented on the differences between playing with Breathe and how he fits the team.

“Both Bin and Breathe are very strong top laners with a similar playstyle,” he said. “I wish I could have both on my team, to be honest. Breathe joined us in the middle of the year, and we didn’t have too much time to build our synergy. However, Breathe is an amazing player and we improved as a team over time.”

How to stay sane in the Champions queue? Just don’t play

Many pros, including EG’s Inspired and Fnatic’s Wunder, voiced their displeasure with the quality in the NA Champions queue. RNG’s approach to the issue is very simple: they didn’t even play it.

Ming is also apparently having a lot of fun in the NA solo queue, especially interacting with fans:

“We haven’t played Champions Queue yet, but my NA server experience has been nice, and I didn’t notice much difference than our solo rank. A lot of people say hi to me, and I can feel their passion. I am very happy about it and want to thank all of them.”

However, with more and more group stage teams arriving in NA and joining CQ, we expect RNG to join very soon.

Finally, the support commented on LOUD’s performance at Worlds so far: “We saw Brance’s “bot gap” sign written on his arm today, and GALA loved it. He even took a picture with him. I like LOUD’s playstyle, and they are a very exciting team.”