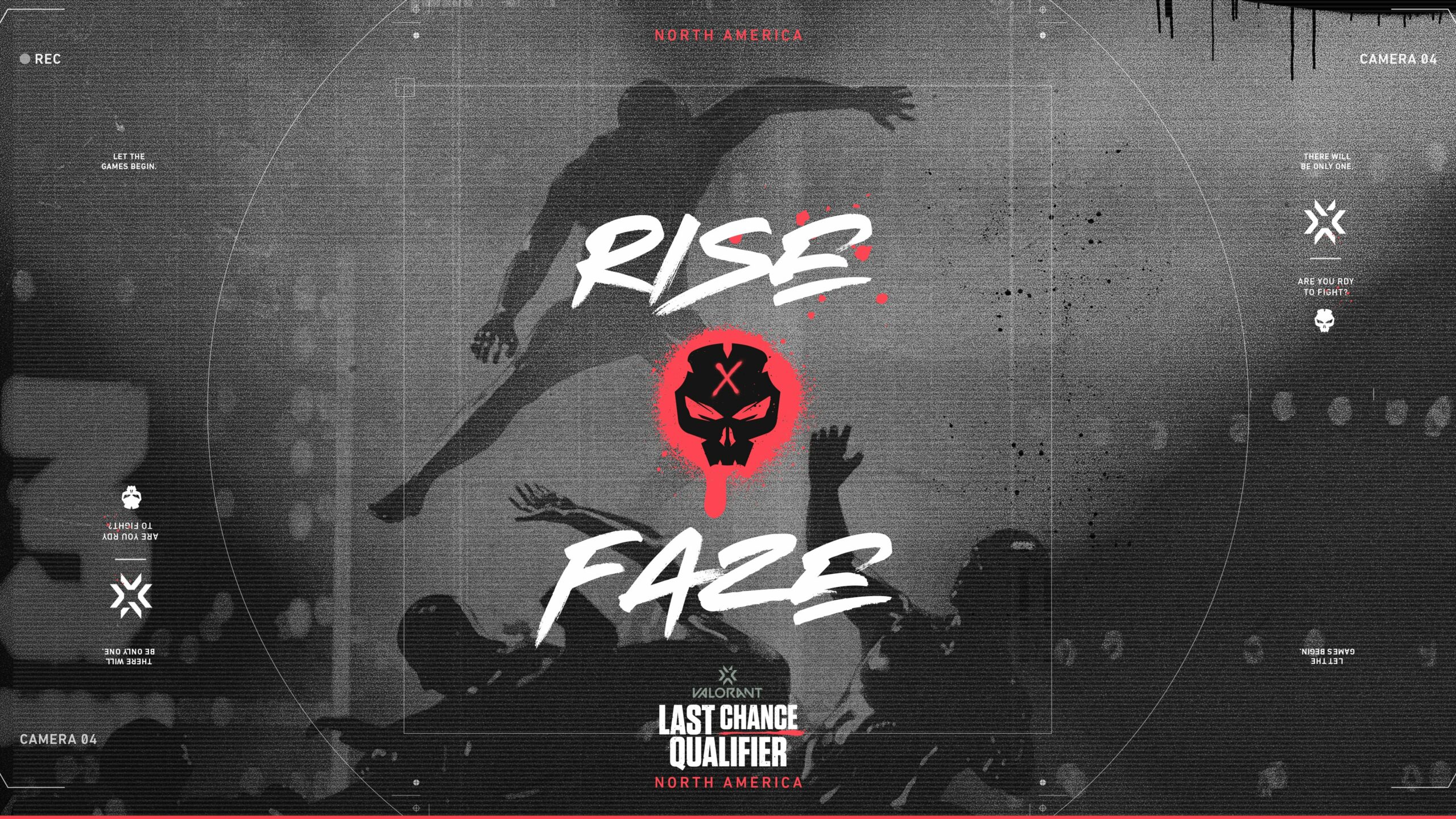 Rise send FaZe to the lower bracket in NA LCQ

FaZe Clan came into VCT LCQ with high hopes of making it deep into the tournament, if not securing a spot in champs.

Unfortunately, they now have the tall task of fighting through the lower bracket after an upset lose to Rise.

Here's a recap of the event.

Faze came out screaming on attack, off of the back of some massive BabyBay plays. The Jett fragger for FaZe outclassed his counterpart, with 11 first bloods to only three first deaths. On the other side, Shanks only opened with two first kills.

Rise was able to muster some life while they were attacking, but it was too little too late as FaZe worked to match point and put things away 13-8.

Rise played a patient game on attack, winning five of the middle rounds on a defensive-sided map.

They rode the momentum on defense, holding off FaZe's patented aggressive attack in all but one Thrifty round. Rise looked nearly perfect on defense, pushing things to a third map.

Bind saw a back-and-forth battle on FaZe's attacking half, with Rise's pistol rounds proving the difference.

On defense, FaZe had no answer for Rise's attack. They were able to grab map control consistency, utilizing teleporters and utility to fake-out FaZe and take home the win, moving on in the upper bracket.