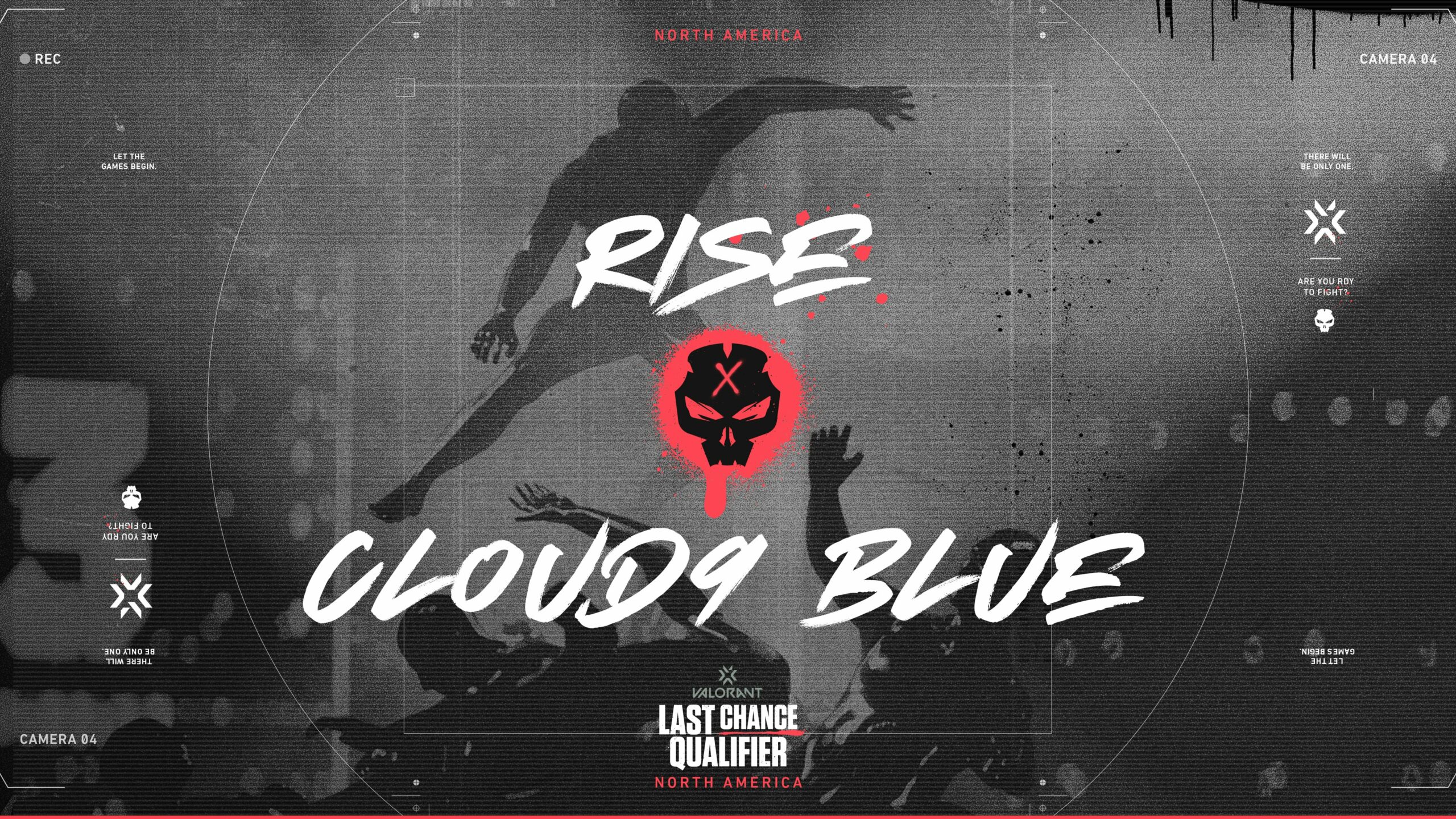 Rise advance in LCQ with 2-1 win over Cloud9 Blue

Cloud9 Blue and Rise are two of the better teams in this tournament, with both having a hope to beat the 100T favorites and make it to Champions.

First, they'll need to get through one another.

Rise and C9 traded rounds in both halves, which pushed things to overtime.

Xeppaa on the off-meta KAY/O pick was a stalling menace for C9, and Shanks dominated on the entry - something he struggled with against FaZe.

After a technical delay that lasted all night, the teams came back and Rise won the final overtime rounds once the game resumed.

Rise took an early lead in attack, but C9 made a stand at the end, making it 7-5 going into the second half.

The two teams traded rounds after that, and C9 pushed through Rise's game point to force another overtime, winning both of the extra rounds.

Rise absolutely shut the door in this one, only giving up four rounds on defense.

Supamen and Derrek were standouts on this map, with the Shock Darts and battle Astra in full effect. Rise advance and C9 face the winner of Gen.G vs Luminosity in the lower bracket.