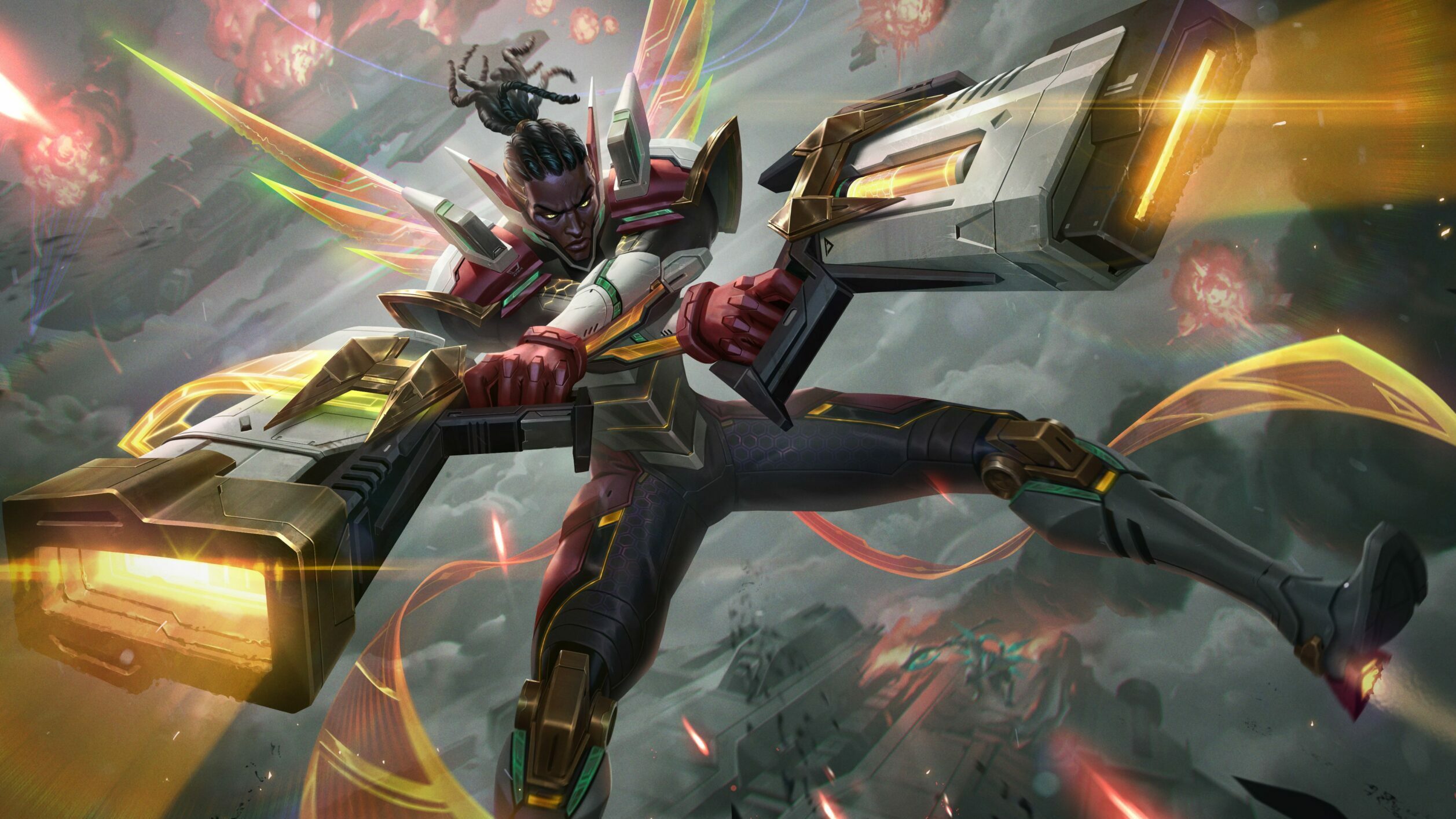 A new futuristic space theme is coming to League of Legends, as Riot Games has recently revealed the new Steel Valkyries skins.

This brand new skin line will consist of four new cosmetics, including Lucian, Janna, Camille, and Nasus. Janna will be the lucky winner of a bonus skin, as she will be the one receiving a prestige edition of her Cyber Halo Janna suit.

These skins will be yet another futuristic space theme, which is something that Riot has had great success with in the past. Skin lines such as the PROJECT and Cyberpunk skin lines naturally pop up.

All Steel Valkyries skins in League of Legends

So far, there has been mixed feedback about these skins. A large part of the community has already stated that some of these skins are too similar to previous ones, more specifically in the case of Lucian and Camille.

Lucian is already the proud owner of a PROJECT skin while Camille has her Program Camille skin. When looking at them all together, there’s no doubt that some thematics repeat themselves and that both the new Lucian and Camille skin might need some tuning.

With that said, Riot has actually done a good job at showcasing both Nasus and Janna in a fresh new way on Summoner’s Rift. Nasus is showcased in white and light blue armor, until popping his ultimate where he turns into a golden space dog.

Janna also has some beautiful colors to her, with a light green theme that makes all of her abilities pop. Her ultimate especially will help make the Rift colorful in team fights.

The new Steel Valkyries skins are currently available for testing on the Public Beta Environment (PBE), before launching with patch 12.16 on Wednesday, August 24.