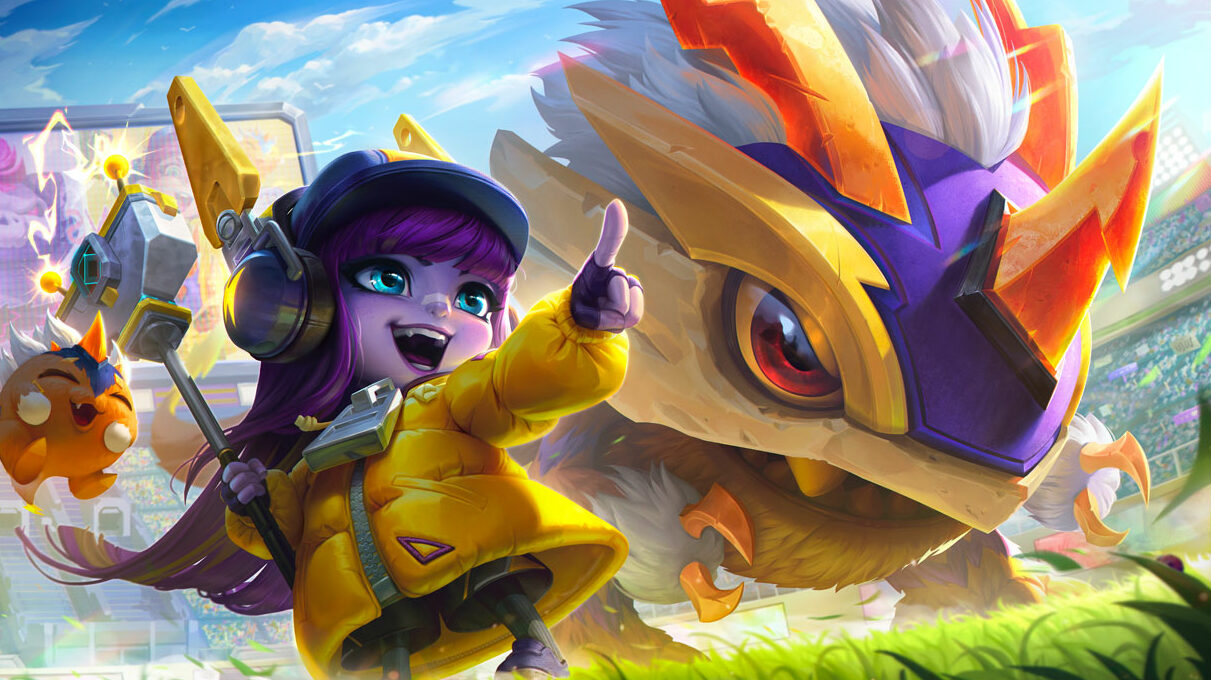 A swing and a miss

Monsters are about to take over the Summoner’s Rift, but luckily there are trainers alongside to tame them. Or at least that seems to be the plan for Riot Games’ newest skin line.

The Monster Tamer skin line will soon hit the League of Legends live servers, bringing three new cosmetics to the table. The skin line was first teased over a year ago, and it had fans very excited.

Unfortunately, it doesn’t seem like Riot has quite succeeded with the execution, at least according to the community.

With a new cosmetic for Lulu, Kog’Maw, and Veigar, the initial introduction to the Monster Tamer skin line is pretty modest and won’t bring a large number of skins. Maybe that’s fortunate, as people are already demanding changes.

Do the new LoL skins hit the mark?

The skin for Kog’Maw presents the ‘Mouth of the Abyss’ as what almost looks like an electric-type Pokémon right out of the next generation. Behold, he is still just a LoL champion, but some might end up confused?

But where is the trainer to tame him? Well, apparently that would be Lulu, who is presented in her finest yellow trainer outfit, ready to navigate Kog’Maw in battle with her electric wand. While they make sense together, why not do this to a champion who literally has a monster already. Annie and Ivern, hello Riot?

For Veigar, he has gotten his own purple theme going that makes him look, you guessed it, evil. While the skin has a great look and Veigar should be evil, it just doesn’t seem to fit into this Monster Tamer skin that well.

For what these skins lack in creativity and in-game looks, they luckily take some back on the splash arts. For Lulu and Kog’Maw, they are combined in the same splash art while Veigar gets his own purple and evil art to match his skin.

All skins are currently available for testing on the Public Beta Environment (PBE), before hitting the live servers in one of the upcoming patches.

Who knows, maybe Riot ends up listening to the community feedback and delaying the release?

Riot is usually experts in creating new and amazing skins, but recently they have slacked a bit. Did the main team take a big summer vacation and send in all the interns?