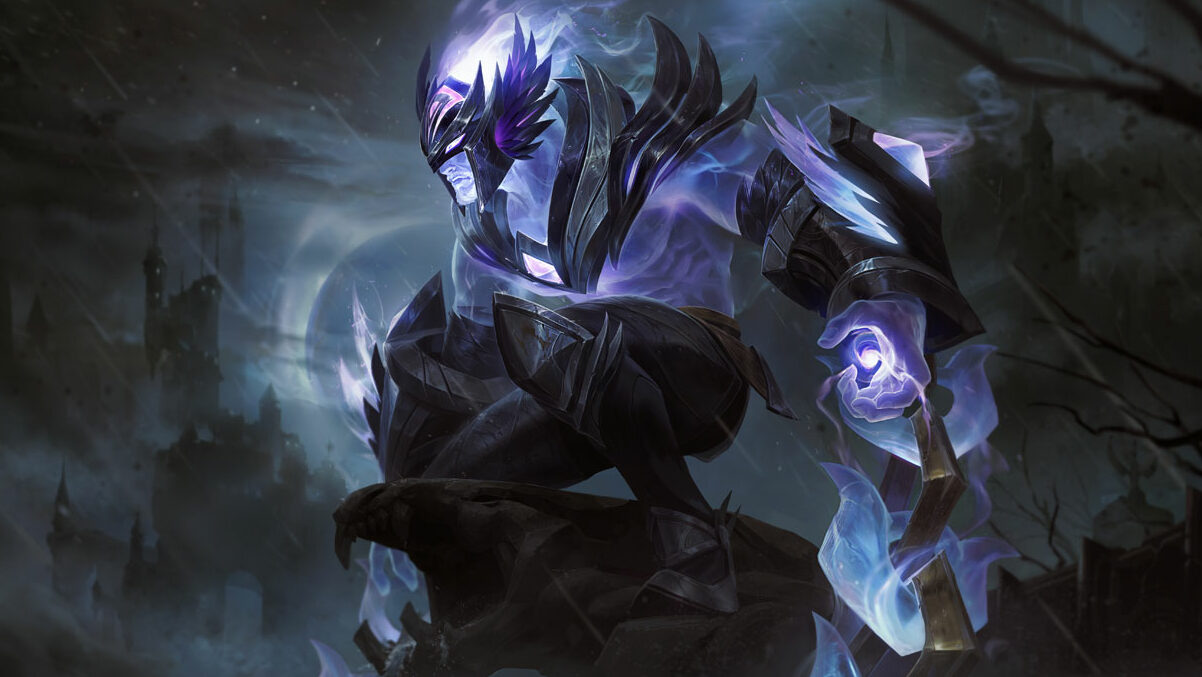 It’s time for the League of Legends skin lovers to get something new to look forward to. This time it’s a new addition to the Ashen Knight skin line.

Sylas will be joining the Ashen Knight skin line, joining Pyke and Pantheon, who rocket as a duo up until now. We usually see several skins getting added simultaneously, but Ashen Knight still seems to be going in a more exclusive direction.

The new cosmetic will showcase the Unshackled as an undead knight with brand new ability effects and a recall animation that gives him the most badass wings we have seen.

Ashen Knight Sylas will have a similar color theme to Ashen Knight Pyke and Pantheon, but it is far from enough to impress the community, again.

More like the opposite, as fans aren’t happy with the skin, but it isn’t exactly because of the effects or colors. The effects seem great and all, but it’s Sylas’ missing shirt that has gotten the community to roar.

It might sound silly, but there is a meaning behind it as fans expect a knight look for the Ashen Knight skin line. When did we ever see a knight without full armor to project the shots taken in battle? It seems like Sylas won’t need that, and the bigger problem is that Pantheon doesn’t either, as the problem with his skin was the same.

When Ashen Knight Pantheon was released, Riot received much feedback after his testing on the Public Beta Environment (PBE). They didn’t end up changing the skin to give him more armor, but they should be aware of what the community wants.

They had the chance to change that for Ashen Knight Sylas, but it seems like they want to continue the shirt-less trend. Who knows, maybe this is what sells the best. But hardcore fans likely won’t be the first in the queue with their wallets ready.

Shirt or no shirt? It will be a matter of taste but expect Ashen Knight Sylas to land on Summoner’s Rift alongside patch 12.18 on September 21.