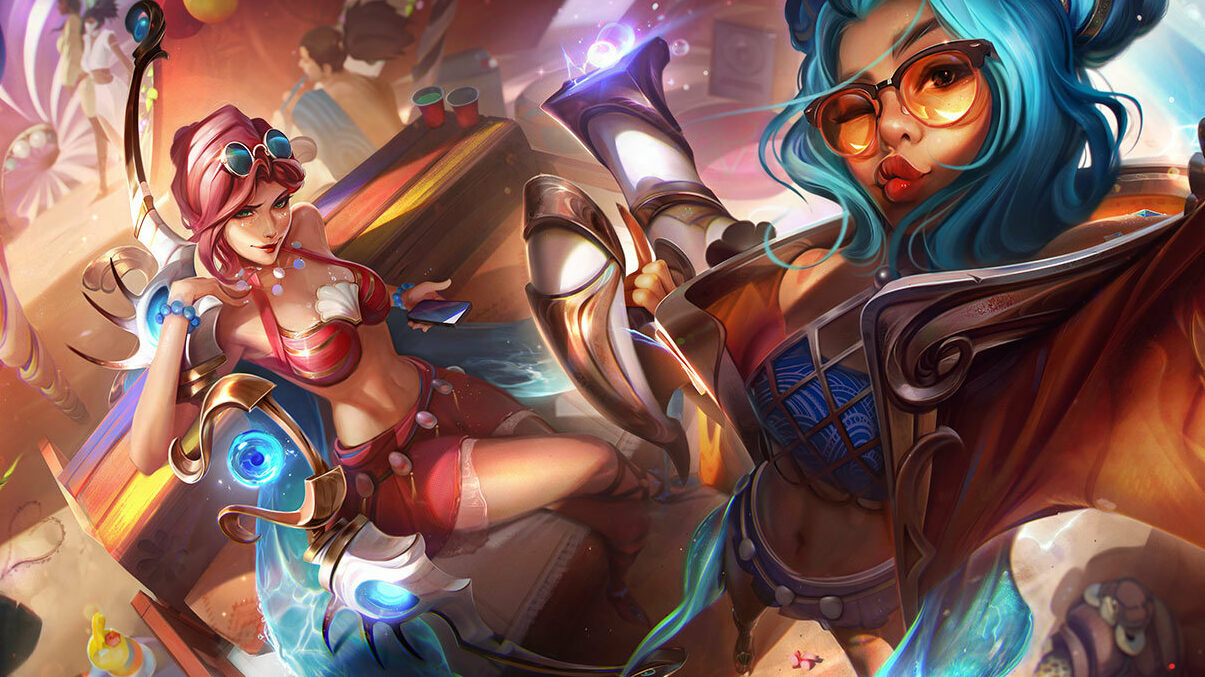 Riot reveals a new attempt to nerf Zeri and Yuumi on LoL patch 12.16

The League of Legends patch 12.16 preview has landed and to no surprise, Riot Games will be nerfing both Zeri and Yuumi again.

According to lead designer Matt “Phroxzon” Leung-Harrison, patch 12.16 will be the first patch that focuses on the upcoming 2022 World Championship. This means that a bunch of the changes is targeting professional play, hence all the nerfs.

The biggest talking point of this patch will likely be that Zeri and Yuumi will be nerfed once again, simply because they remain uncontrollable on the professional stage. But it seems like something is missing. Yup, Riot has completely left out Sivir in this patch despite her dominating solo queue and the biggest esports leagues.

Is this finally the patch where Zeri and Yuumi exit the meta?

Let’s get straight to the fun part, yes Riot is nerfing Zeri and Yuumi. If it will be enough this time is hard to tell, but at least they are doing their best to break down some of these ridiculous champions.

For Zeri, Riot will be nerfing her AP and AD ratio on Ultrashock Laser (W). This will definitely have an impact on her, but time will tell if it’s more effective to just remove the crit part completely.

Yuumi will see herself with a movement speed nerf on her Zoomies (E) and a higher cooldown on the ability in the late game.

This will definitely make Yuumi feel like less of a utility spammer, but professional players could still find a way to make her look absolutely broken.

From getting rid of annoying champions to potentially bringing some back, Riot has presented a palette of buffs for both Zoe and Kai’Sa.

Zoe is a champion that still pops up in professional games at times, but now she might become more common. Not that most players have missed her, but Riot will be buffing the drop rate on her Spell Thief (W) and increasing the damage on Sleepy Trouble Bubble (E).

Kai’Sa is one of the big winners of this patch, as she will get buffs to her on-hit damage, damage per passive stack, and AP ratios on both Icathian Rain (Q) and Killer Instinct (R). It could seem like Riot is trying to open up opportunities for hybrid builds on Kai’Sa, so this next patch should be interesting from her perspective.

Excuse me, where are the Sivir nerfs?

While it’s clear that this patch is heavily focused on professional play, we can’t help but think where the nerfs to Sivir is at. Maybe they were lost in the mail, or someone at Riot really wants to continue climbing the solo queue ladder.

Nonetheless, it seems weird that the Battle Mistress isn’t touched this patch. Her current solo queue win rate is at 51.87% and is considered an S-tier pick. And during the 2022 LEC Summer Split, she finished the regular season with a 73% win rate over 22 games.

Hopefully, Sivir will be addressed in the next patch. Until then, players will continue to enjoy the strong marksman even when patch 12.16 land on Wednesday, August 24.

Patches focused towards professional play is always dangerous. How will Riot mess up this time?