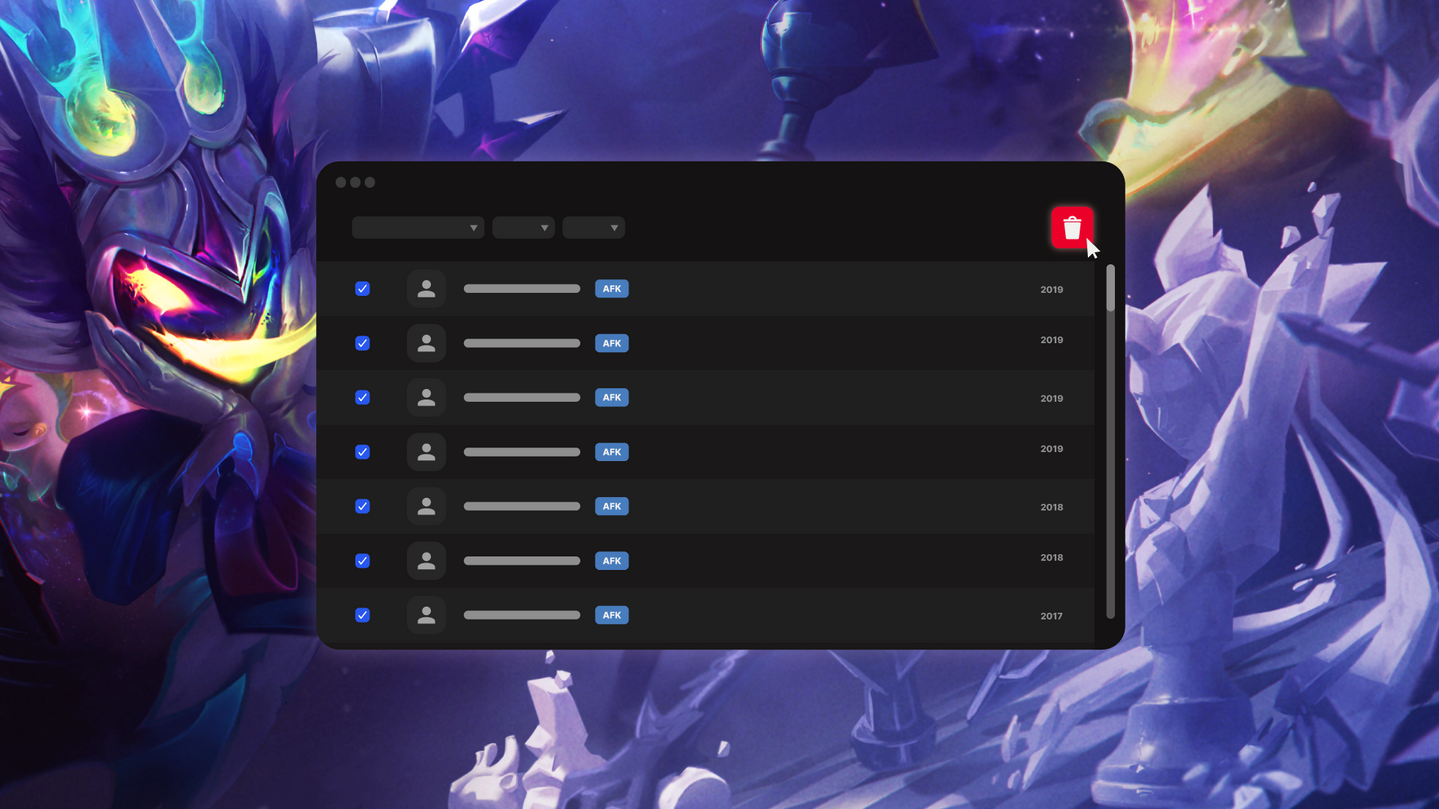 Riot is deleting inactive LoL accounts. Is yours one of them?

League of Legends is an “old game,” meaning that a lot of accounts have gone inactive over its 12 years of existence. Riot Games will now delete some of those LoL accounts and start cleaning up.

Riot’s goal is to “delete very inactive accounts,” to ensure that only necessary account data is kept to improve the game. This will be the next step in their work to improve the safety of personal data, after implementing two-factor authentication (2FA) earlier this year.

Now that Riot is actively deleting accounts, many will wonder about what that means, and if their own account is at risk.

That said, you shouldn’t worry too much

Riot Games will delete inactive accounts—and by that, they mean very inactive. For those who haven’t played the game in a year, there is nothing to worry about.

Indeed, Riot will delete accounts that haven’t ever been put into play, literally. For an account to be deleted, it will have to meet all five criteria that Riot has put forward.

So did you go outside too much this summer and forgot to keep up with your solo queue grind? Don’t fear, Summoner. You probably don’t fit these.

As you can see, Riot is moving very carefully with their cleanup. After all, they wouldn’t want to punish players that have invested a lot of time (and potentially money) into their game. In fact, the owners of inactive accounts will also receive emails before deletion.