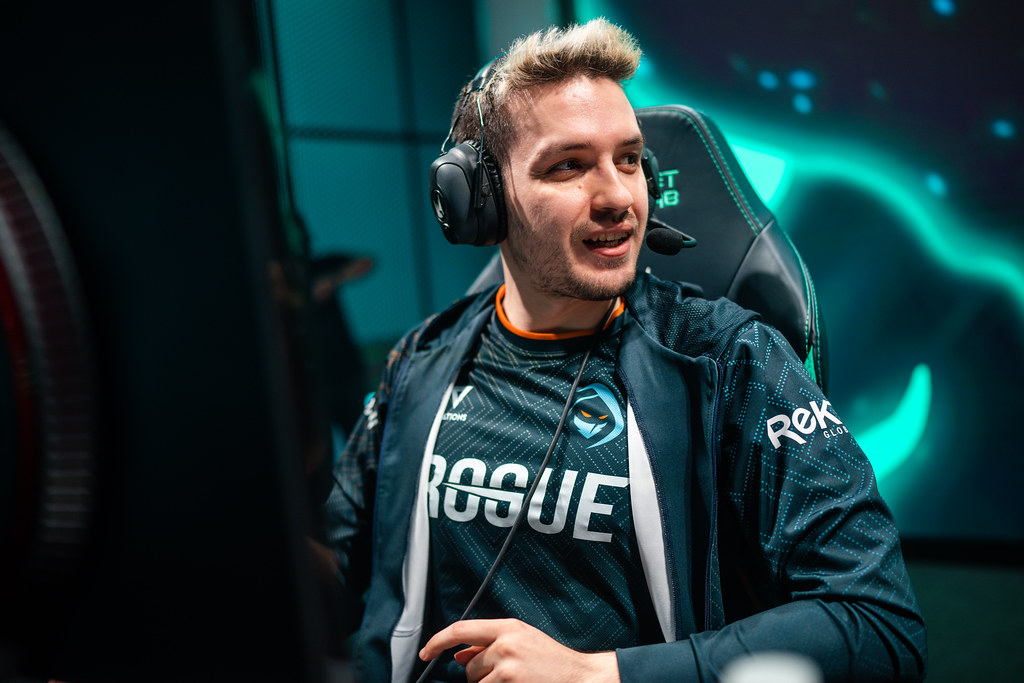 Where is playoffs Rogue, not Chogue?

During a recent stream, Rogue’s top laner Andrei “Odoamne” Pascu engaged in a conversation with a stream viewer, answering an interesting question regarding his recent LEC finals journeys.

Since the 2020 LEC Summer split, Rogue has emerged as one of the most dominant teams in the league. However, something always prevented them from going all the way to lifting the trophy. For four splits, their regular-season success was overshadowed by playoff disappointment.

Rogue have secured first-place finishes during the split’s round-robin stage four times in the last five splits, and reached Worlds two years in a row (2020 and 2021). Despite their extraordinary development since joining the league in 2019, an LEC victory has eluded them.

As one of the most established players in the history of the LEC and arguably the best top laner, Odoamne has never won the LEC despite playing in the league since 2015. He even had an unforgettable Worlds run in 2016 as his team, H2K-Gaming, made it to the semifinals.

His LEC curse took shape, as the many third-place finishes show.

Lilttle did Odoamne know: 2016 would be his last Worlds showing for the next 5 years. Following his successful stint at H2K, his career took a turn as he played with two teams that missed Worlds, Splyce (2018) and Schalke 04 Esports (2019 and 2020).

There was even a time when he nearly became teamless; safe to say, Schalke 04 saved his career, and his efforts did the rest.

2021- Heartbreak at the finish line

Prior to the start of the 2021 season, Odoamne signed a contract with Rogue. His arrival signaled a challenge to the other teams and Rogue had their eyes on the LEC title.

Despite dominating through the regular season in both splits, Rogue was always choking in the playoffs. They found their kryptonite in MAD Lions during the Spring split and the reverse sweep that they experienced in the finals will be always in their heads.

People were expecting Rogue to crash for the Summer split, but they did come back strong. Well, at least in the regular split.

Once again, Rogue snatched the first place in the LEC but playoffs was where they fell apart. A semifinal exit against Fnatic ended their LEC year but at least Worlds was on the horizon for the organization. That was also the first time Odoamne would attend Worlds since 2016.

Despite making it to the competition, Rogue couldn’t advance through the Group stage of the tournament. They were close, after eliminating FPX in the first tiebreaker, but Cloud 9 proved too much for the European team as they left the competition quietly.

After a promising 2021, Rogue briefly turned into a laughingstock owing to their roster decisions. People were criticizing the additions of Malrang and Comp to the team—especially when compared to who they replaced—and reddit analysts counted them out of the playoff race.

Once again, Rogue proved everyone wrong. It was same ol’ Rogue, except better as they crushed opponents all the way to the LEC finals. They were just too clean, and Malrang’s LCK mechanics looked unbeatable.

You’ve read that before, and you will read it again: Rogue’s kryptonite emerged. This time, G2 played the role as they developed some immunity against losing in the lower bracket, crushing everyone 3-0. Sorry Rogue and Odoamne fans, but it wasn’t meant to be—not against the Power of Friendship or whatever buff G2 had during that playoff run.

Once again, they couldn’t find the final piece for success. But they won’t stop trying.

“Only those who dare to fail greatly can ever achieve greatly.”