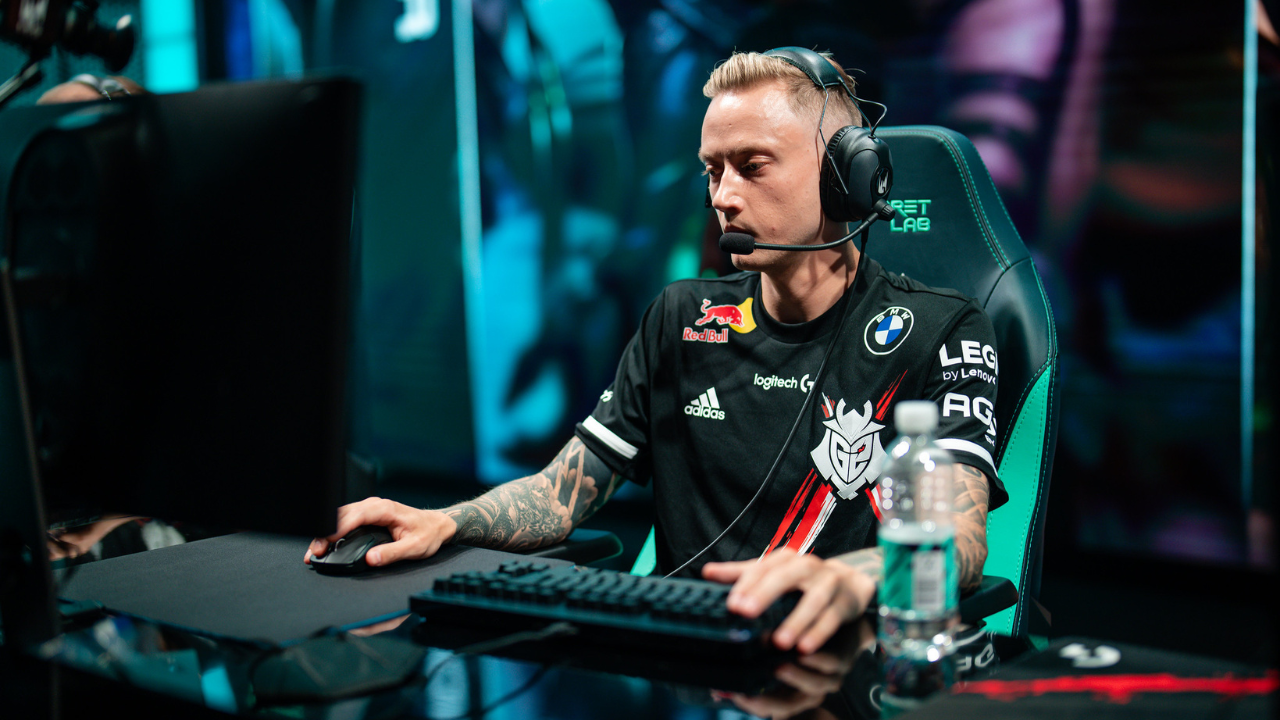 Rekkles reportedly open to roleswapping to support in 2023

According to a report from Brieuc Seeger, Martin “Rekkles” Larsson is considering a role swap to support in 2023. The star veteran AD Carry competed in the LFL’s Karmine Corp in 2022 and hopes for a LEC return next season.

Roleswap only road back to LEC?

Rekkles has faced a series of unfortunate events entering the offseason. First, rumors linked Karmine Corp with AD Carry Steven “Hans sama” Lim, a move that would have pushed Rekkles out. After those rumors fell through, Rekkles was still seemingly left on the outside looking in at KC. Additionally, a road back to the LEC was seemingly blocked by the league’s incredibly competitive AD Carry market.

This all comes after a mixed year in the LFL for the 26-year-old. Despite winning EU Masters in Spring, KC failed to qualify in Summer following a sixth-place finish in the LFL. On a micro level, Rekkles’ KDA dropped from 7.1 to 4.8.

However, Rekkles also joined KC in hopes that the organization would be joining the LEC sooner rather than later. This won’t be the case for 2023 at least, after a deal with Astralis fell through. As mentioned, Rekkless no longer appears to be in KC’s plans going forward, with the team exploring other options at AD Carry.

Since Rekkles desperately wants to return to the big stage, he is willing to role swap to support if that is what it takes. The market for supports is much lighter than most positions, especially AD Carry.

Rekkles shared his thoughts on his stream, explaining why he is considering that decision. He feels he has the game sense for it, the understanding of the role, and the work ethic to learn the champions. Is that enough for a LEC team to pick him up?

Rekkles: “Leaving Fnatic was a mistake”

Rekkles also reflected on the past two years of his career. He admitted he had made multiple mistakes, including not hiring an agent and signing a “sh*t contract” with G2 esports. However, he points out that leaving Fnatic was a mistake in the first place, and he regrets the decision.

He explained that he initially wanted to stay in G2 despite getting benched. Yet, the org wouldn’t let him stay as a sub or give him a chance to fight for the spot. Plus, according to Rekkles, his salary as a non-starter would drastically decrease (rumored to be a 94% decrease.)

“If I sat on the bench, I wouldn’t be able to do anything, and I would get no money. The contract I signed was absolute sh*t,” he said.

Some people fear that Marcin “Jankos” Jankowski is in a similar situation with G2 deciding to move on from him and signing Martin “Yike” Sundelin from LDLC.

Rekkles went on to explain that G2’s buyout was too high, and they lowered it when all LEC teams had already signed their bot laners. Then, he joined KC hoping they would make LEC in 2023, but it didn’t happen.

Finally, Rekkles was fair and admitted that none of that would happen if his performance didn’t drop. However, he feels that he is at the point in his career where he can offer more to the team than being a “silent ADC.”

Considering his situation, a role swap to support doesn’t sound like the worst idea. In 2022 alone, Cloud9 entered Worlds as the NA top seed with Jesper “Zven” Svenningsen having role-swapped to support. The question remains – is there an LEC team willing to take a risk on a role-swapped Rekkles?