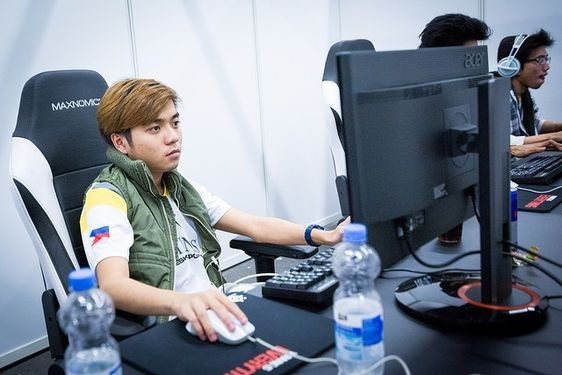 Raging Potato: “I’m not ready to play Mars as pos 3”

In the post match winner’s interview, Raging Potato shared a few words with GoDz, Nattea and Sheepsticked, after Team SMG outclassed Execration in the DPC SEA 2021/22 Division I Tour 2.

“It’s what we trained for”, said Raging Potato, on being asked about playing Gyrocopter and Ember Spirit (traditionally played as carry and mid, respectively) in the offlane. He stresses further on the gameplay with the aforementioned heroes, “for my gameplay, buying Spirit Vessel and just wanting to be really aggressive most of the games”.

On being asked as to which hero he’d rather not play in the offlane, Raging Potato says, “I’m not ready to play Mars as position 3.”

Moreover, SMG is a team known for their aggressive playstyle. Win or lose, games end up quickly for them, and surprisingly, patch 7.31 also seems to be favourable for them. When asked about the patch being made for them, he adds, “I don’t really know because it’s still early and I don’t really have the time to explore each and every hero yet.”

Before wrapping up, Raging Potato gets asked to share his thoughts on Ninjaboogie’s return to the competitive scene, and his experience reuniting with a former teammate again, to which he responds, “In-game he is good but he still has a lot to catching up to do in terms of personal skill. But we’ll get there, hopefully, eventually.”