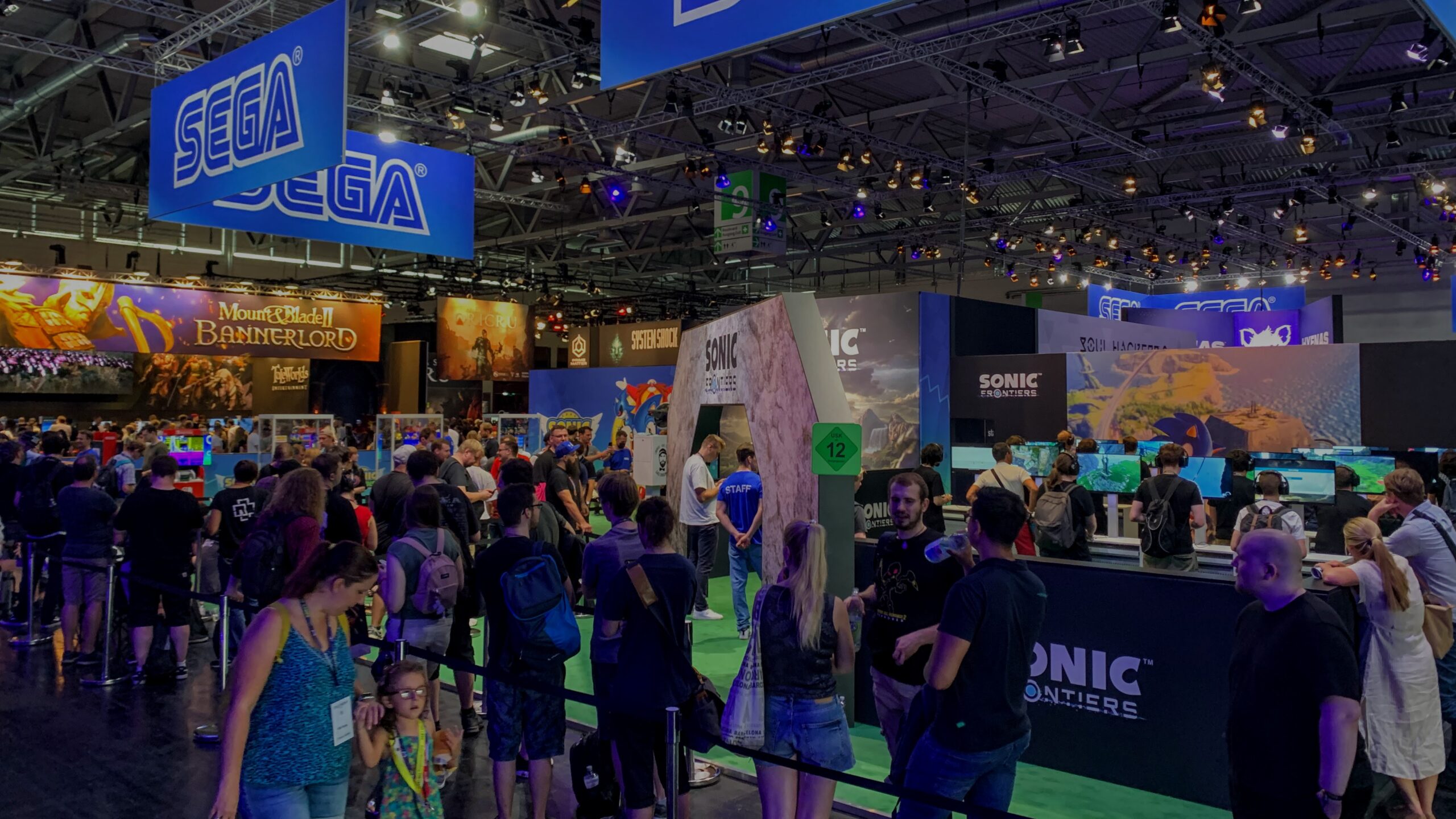 Queue to try Sonic Frontiers at Gamescom is crazy +3 hours

Sonic Frontiers release date is November 2022, but gamers at Gamescom 2022 have a chance to play the new game pre-release.

Jaxon is live at Gamescom, and we asked a few people who are queuing up to test Sonic Frontiers.

To kill time most conveniently – and to not risk a sore bum – people are bringing outdoor camping chairs to the Sonic Frontiers queue.

Others are bringing handheld gaming devices to satisfy the gamer cravings while waiting.

Sonic Frontiers is one of the most popular booths at Gamescom 22. Company of Heroes 3, Goat Simulator 3, and Alone in the dark are other booths with a constant queue of people.

Sonic is one of the most popular games in the history of gaming. The Sonic Frontier release date is November 2022 and features a completely new spin on the popular platform game. Sonic Frontier will be the first open-world (Open-Zone) iteration of the game.

In Sonic Frontiers you play as the speedy hedgehog on the stranded Starfall Islands where you have to collect the Chaos Emeralds, whilst fighting robots and other enemies in different biomes.

Try the Open-Zone platforming at Gamescom 2022

The developers describe the new open-world game experience as “Open-Zone”. You play as Sonic the hedgehog, racing across five gigantic islands consisting of forests, waterfalls, and desert landscapes. Each biome has its own unique action-platforming challenges – and puzzles for you to solve.

The combat system in Sonic Frontiers, which releases in November 2022, has also got an overhaul. You level up your character and use an extensive skill tree to evolve your moves, dodges, parries, counters, combos, and a Cyloop ability useful when you fight bosses.

The release date of Sonic Frontiers is November 2022.