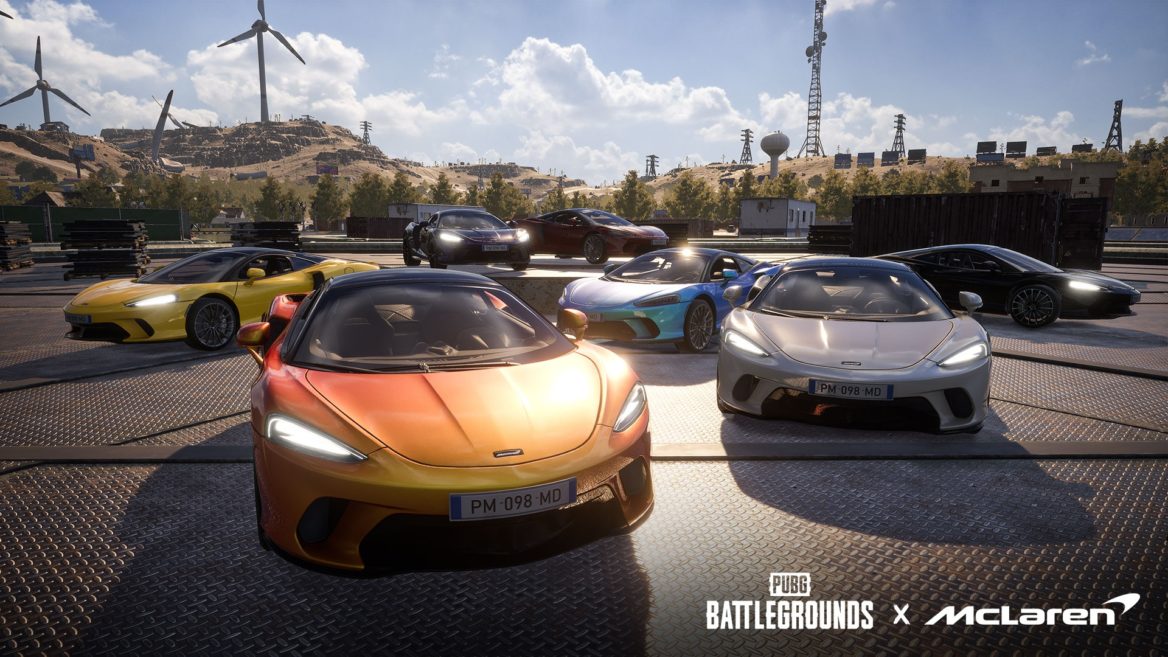 PUBG x McLaren: Everything you need to know

PUBG: Battlegrounds is getting a huge collaboration with the legendary car manufacturer McLaren.

This isn’t the first time Krafton is tying-up with McLaren, though. Earlier this year, the developer collaborated with the McLaren 765LT to bring the car as a skin in New State Mobile.

A similar collaboration is landing on PUBG: Battlegrounds now. As a part of the tie-up, a new skin system, McLaren GT skins, Crafter Pass, and Workshop event have come to the game.

Here is everything you need to know about PUBG: Battlegrounds x McLaren.

Players will now have to manually press keys to equip vehicle skins. The skins have been split into two categories. These are the Basic Skins and Special Skins. They can be found on the Customize – Vehicle page.

Players will be able to select one Basic Skin and one Special Skin to choose from in the battlegrounds.

The keys to use vehicles without equipping the skin are as follows:

To equip the vehicle skins, on the other hand, you have to press:

New McLaren skins have dropped into PUBG: Battlegrounds which can be equipped on the Coupe RB. The skins can be purchased as Special Skins.

Additionally, a McLaren Container has also landed at the starting point of each map. These contain a vehicle with the McLaren skin equipped.

The players who own a McLaren skin will be able to interact with these containers. They or their teammates can also drive the vehicle around until they board the plane.

Krafton has removed the Survivor Pass. It will now return in December. In its place, Krafton has brought the Crafter Pass into PUBG: Battlegrounds as a part of its collaboration with McLaren.

Don’t be surprised, though, as the new pass works similarly to the Survivor Pass. Players have to complete daily, weekly, season, and achievement missions to get McLaren tokens and craft McLaren items.

These tokens can then be used in the store to get different rewards. This includes McLaren skins, skin colors, wheels, loot packs, and more.

The duration of the Crafter Pass is as follows:

Lastly, a new workshop event is coming to PUBG: Battlegrounds. Between Sept. 7 to 19 on PC and Sept. 15 to 27 on consoles, players can complete specific daily missions to unlock rewards.

These daily missions are as follows:

On accumulating 300 points, you will be able to unlock the 10 McLaren Event Loot Caches.