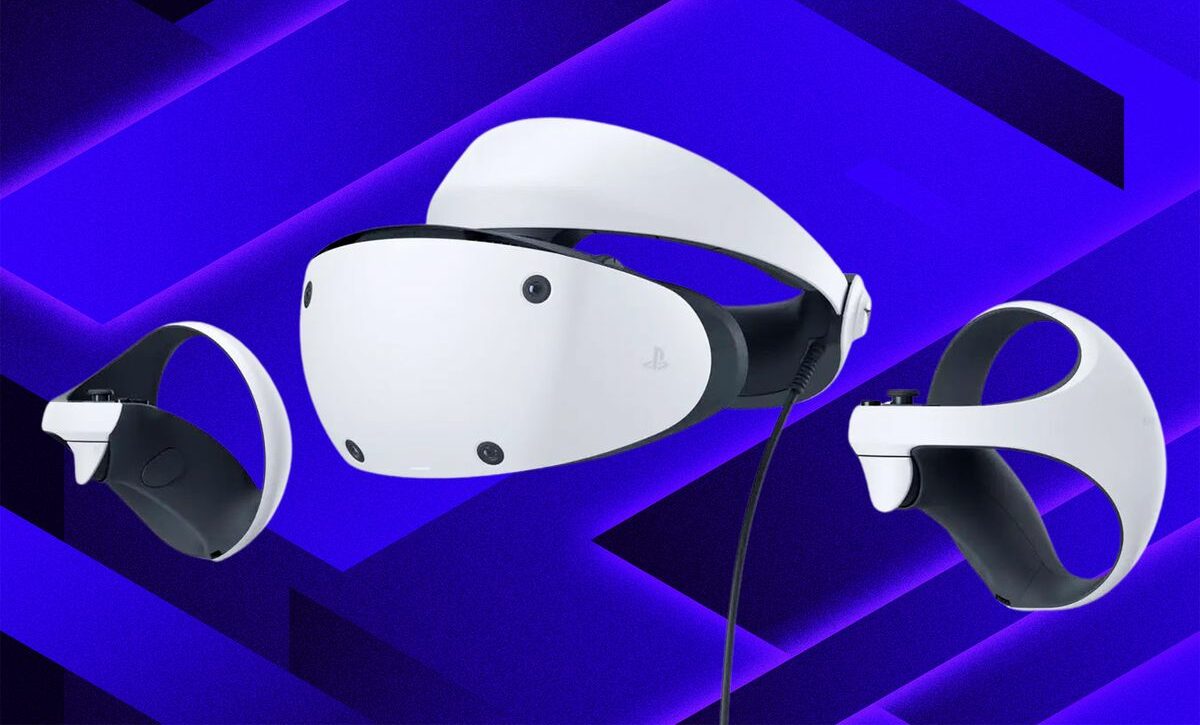 Sony’s next big hardware release – the PSVR2 – has been teased for some time before finally being officially announced in 2021. Now according to the Australian PlayStation Twitter account and confirmed by other Sony accounts the headset now has a loose release date confirmed.

PSVR fans have been waiting for any news they can get their hands on about the next VR headset from Sony and even though the details have been drip fed the PSVR2 is looking to be shaping up to be an exciting jump from the original headset.

Several improvements have been made like the dual OLED screens delivering a higher quality image compared to the previous LCD screens. Something new is the headset feedback that will not only allow vibration feedback from the events of your game but Sony also hopes this will help to alleviate motion sickness which is a big hurdle for some folks wanting to play VR games.

Possibly the greatest improvement made is camera tracking for controllers and general movement which is more in line with newer VR headsets. The original headset relied heavily on the PS3 era light tracking tech on both the headset and controllers with the Move controllers being repurposed to work with PSVR. This would often lead to tracking difficulties as the controllers needed to be seen by the PS4 camera at all times.

Along with details of the new headset, we’ve heard about several promising games that may launch alongside PSVR2. The most noticeable is the 1st party Guerrilla Games title Horizon Call Of The Mountain.

Call Of The Mountain sees the first game in the Horizon series where players will not take on the role of previous protagonist Aloy but instead will play as a brand new character. The gameplay shown so far shows off traversal and full locomotion movement, as well as fights against some of the world’s robot dinos.

Another huge title for the system is a sequel to an already popular PSVR1 title. The Walking Dead: Saints & Sinners Chapter 2 Retribution takes players to a post-apocalyptic New Orleans where they will need to scrounge for supplies while dealing with the local zombie hordes, with its 1st person combat showing the visceral gore of zombie slaying, especially with the newly introduced chainsaw.

With all the improvements PSVR2 makes over its predecessor, the new headset is looking to take VR gaming into a more accessible future. But in doing so, Sony has had to leave some things behind.

Sony’s history of backwards compatibility has not been the best. The PS3 dropped PS2 compatibility early on, and the PS4 doesn’t alow older games to be played.

PSVR2, unfortunately, falls short in this area as well. As confirmed recently on an episode of the Official PlayStation Podcast, Senior Vice President Of Platform Experiences Hideaki Nishino confirmed that the new headset will not be compatible with PSVR1 games. Citing the differences between the two headsets and stating that ”developing games for PSVR 2 requires a whole different approach than the original PSVR.”

It is expected that many games will have PSVR2 ports or patches to allow them to be played on the next-gen hardware, but this will be down to the developers rather than Sony. This could mean some games from smaller studios may be left stranded on the previous headset. The other concern is whether these updates will allow the previous versions of PSVR1 games to be played natively or if an additional purchase will be required.

Since the launch of their last headset back in 2016, VR is becoming a more popular medium for gaming especially. With the likes of Occulus releasing multiple headsets in the following years and the increase in casual VR centres popping up in shopping centres, VR has a chance to be a popular gaming platform for many years to come, and Sony launching their 2nd headset will only help that market to grow.