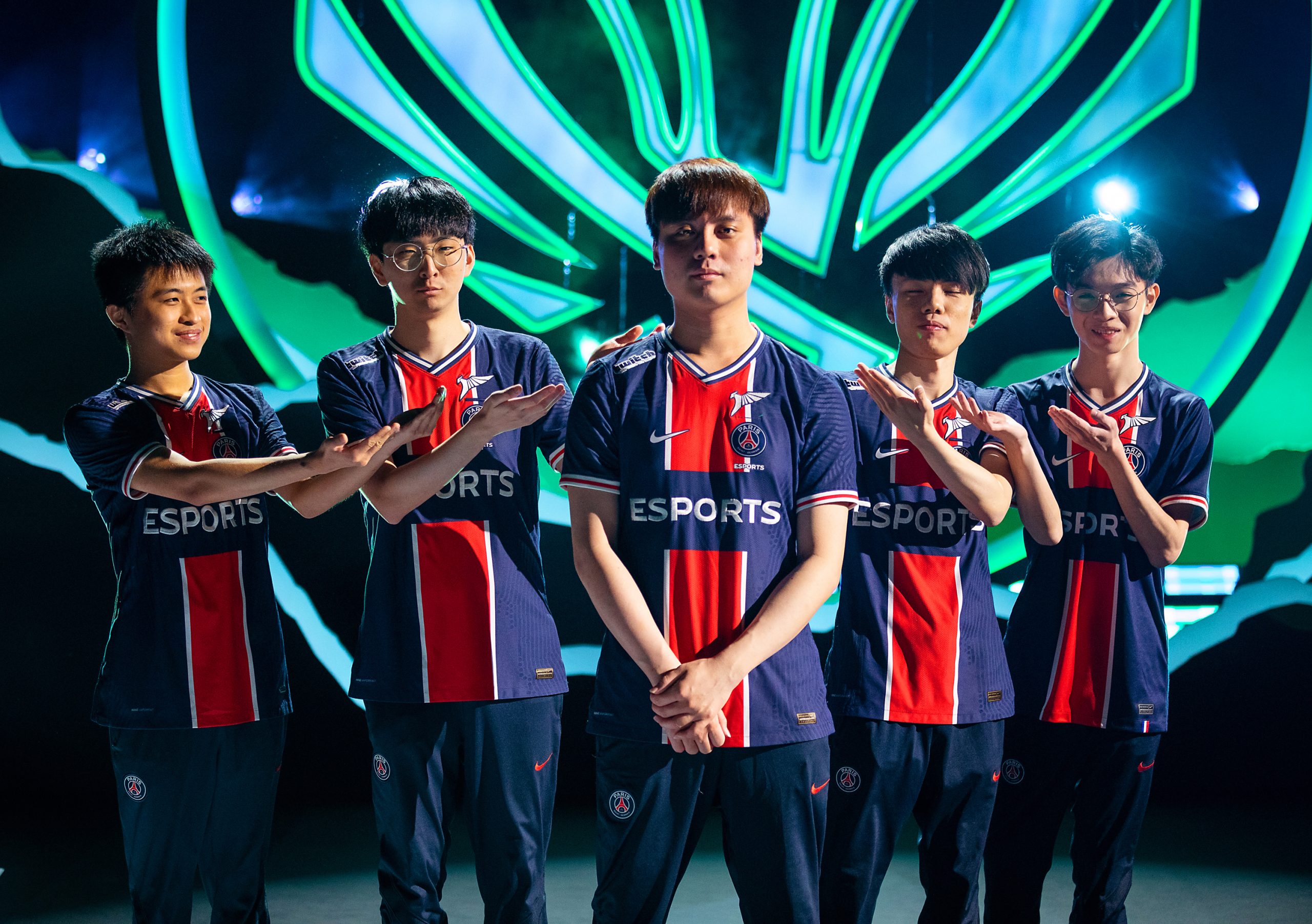 PCS representatives PSG Talon were one win away from securing their qualification to the 2021 Mid-Season Invitational semifinals, and they secured their ticket after stomping Pentanet.GG for the second time in the rumble stage.

PSG Talon achieved their result without their starting AD carry, Wong "Unified" Chun Kit, due to the player’s health issues before the competition. His replacement, Beyond Gaming’s Chiu "Doggo" Tzu-Chuan, held the fort and secured PSG its spot in the semifinals, where the team is bound to face Royal Never Give Up or DWG KIA—the matchups undecided at the time of writing.

Against Pentanet.GG, PSG were out for blood early as their bot-side centric team composition (with Gangplank in the top lane) spiralled out of PGG’s control, taking a mere five minutes to secure four kills across the map, much of the gold lead falling upon Huang "Maple" Yi-Tang’s Renekton and Kim "River" Dong-woo’s Rumble.

The PCS squad sealed the deal at the 23-minute mark when they countered PGG’s Hail Mary team fight attempt with an engage of their own; despite River being in an awkward position early, his survival and significant usage of Rumble’s R–Equalizer sealed PGG’s fate. A Baron Nashor takedown later, PSG sealed the deal after a little under 27 minutes of action.

PSG Talon join Royal Never Give Up and DWG KIA in the semifinals, the remaining squad to be determined at this time. Although MAD Lions are two games ahead of Cloud9, they could realistically fall before the bracket stage.

Indeed, MAD’s remaining games are against RNG—who beat DK and is therefore still in play for the top spot at the rumble stage—and against Cloud9 in a game that would matter significantly if they lose to RNG and if Cloud9 beats PSG Talon on the following game.